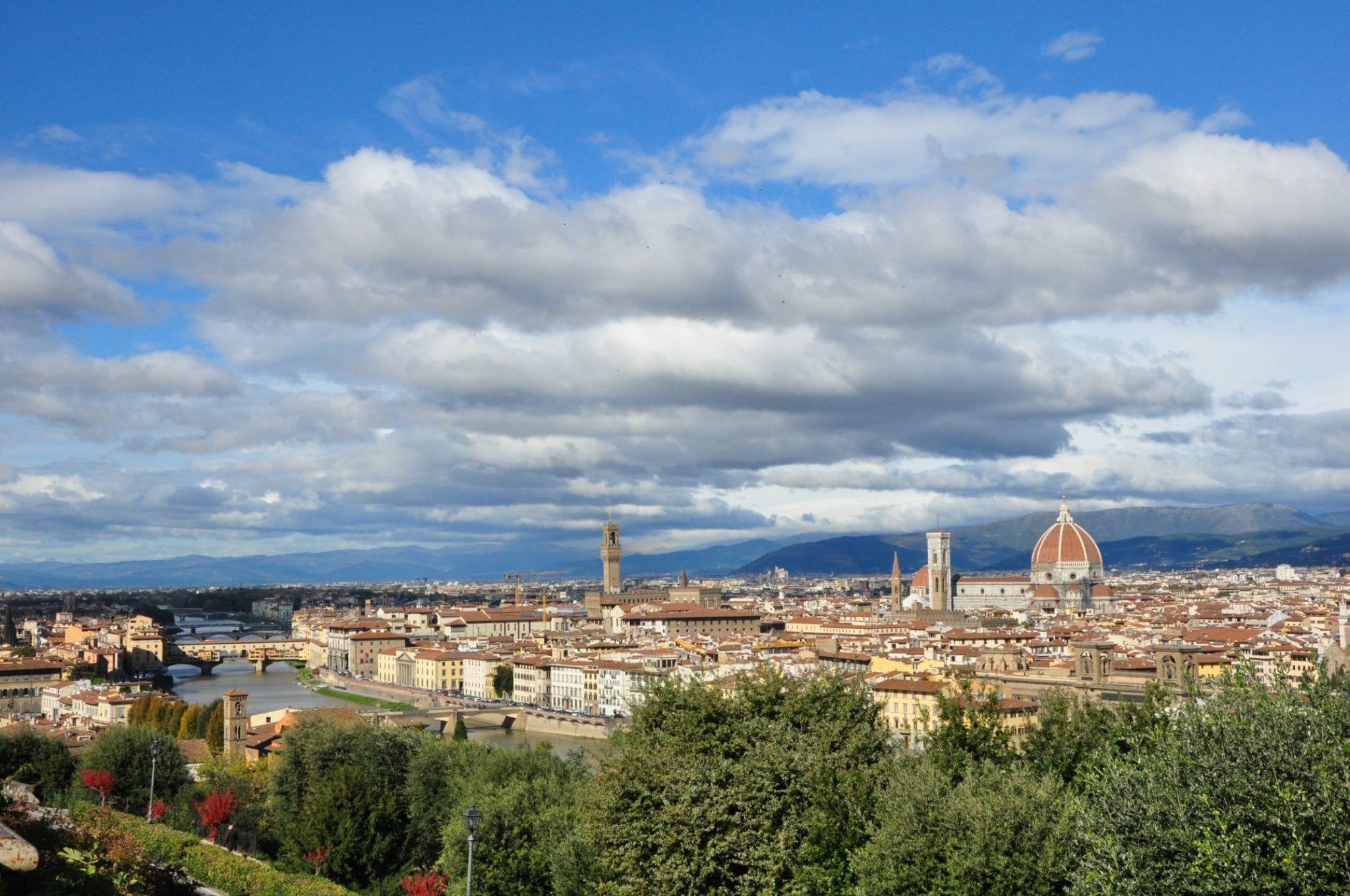 10 Top Photo Ops: Where to Find the Best Views of Italy

If you’ve ever wondered where photographers go to get those stunning views of Italy — you know, the ones that wind up on all of those postcards of Rome, Venice, and the Cinque Terre — look no further.

The best part? From these spots, you don’t need a fancy-schmancy camera to get a gorgeous shot. Just keep in mind that to get the most out of these views, head there either first thing in the morning, or at dusk, when the light tends to be best. (The worst time is around noon, when the light is flat). And, of course, bright and early also happens to be when you’ll run into the least interference from tourists and crowds.

Then again, with spots this spectacular, you could also just come to enjoy the beauty… and leave your camera at home. But then how could you prove to anybody else how gorgeous Italy really was? There’s only one way to get this view: Walk!

The main hiking trail between Vernazza and Corniglia boasts gorgeous views, particularly of Vernazza and the seaside. But be warned: While spectacular, it’s not an easy stroll! Much of the path is narrow and steep, with sheer drops to the sea below, and it’s made particularly perilous by hundreds of tourists in the summertime. Your other option? From Vernazza, start on the number 2 trail toward Corniglia. Near the path’s beginning, stop and look back — and you’ll see the beautiful view of Vernazza repeated on so many postcards and posters of the Cinque Terre. (Try to do this in the morning: Later in the day, the sun will be setting right in your lens).

The tower itself is a modern monstrosity — erected in 1933, it’s made entirely of steel pipes. But it’s also 108 meters high and perfectly situated for prime views of Milan’s skyline, including the Duomo. Another bonus? It’s open every day but Monday (when it’s closed all day) from 9:30pm-midnight — meaning a great chance for shots of the city’s sparkling lights. Can’t beat that view of Florence

Here’s where to get your sweeping panorama of Florence, including the Ponte Vecchio and the Duomo. It’s a pleasant walk uphill, if a bit long, or you can take the number 12 bus from the Santa Maria Novella train station. The number 13 goes here, too.

Walk up a bit further from Piazzale Michelangelo and you come to the Church of San Miniato al Monte. Not going in would be a crime — one of Tuscany’s most gorgeous churches, its construction began in the 11th century, and the interior is unlike any other in Florence — but the views from the piazza just outside, leading down the hill to the Arno and beyond to the Florence center, are incredible, too.

From far away, even Rome looks peaceful

When you’ve gotten all the close-ups of ancient ruins and Renaissance churches you can handle, head to the one place where you can take all of Rome in in one shot: the Janiculum Hill. Located just across the river from the centro storico, the Janiculum boasts gorgeous panoramic views of the city, including the Pantheon, Spanish Steps, and St. Peter’s Basilica. To get there, take the 115 or the 970 buses. (You can walk, but it’s a bit of a hike up the hill). Get this view of the Gulf of Naples… if you dare

Hiking up Mt. Vesuvius, one of the world’s deadliest volcanoes, might seem daunting. But the daring (and physically fit!) are rewarded with two extraordinary sights: a close look at the enormous, 2,000-foot-wide crater, and sweeping views of the Bay of Naples.

Put on your hiking shoes for some of the best views in the Amalfi coast. From this trail, you can see down the coast all the way to the tip of the peninsula. On a clear day, you can even see Capri. With all that spectacular beauty, you can see where the trail got its name: “Pathway of the Gods.” The view from the villa

Ravello is one of the best-kept secrets in the Amalfi coast — and its Villa Rufolo, originally constructed in the 13th century, is a gem. The views from the villa take in the stunning coastline and the sea. Access to the villa and its garden is 5 euros.

Right across the water from St. Mark’s lies the church and monastery of San Giorgio Maggiore. It’s worth visiting in its own right, but the bell tower is where you can get one of the best, and least-known, views of Venice. As a bonus, the tower costs just 3 euros (the St. Mark’s Basilica bell tower costs 8 euros).

Venice: Grand Canal, from a traghetto The Grand Canal from the water

You don’t have to shell out on a gondola or water taxi to get those great from-the-water views. Instead, take a traghetto (cost: 3 euros). To avoid having your shots blocked by all of the other passengers, though, you’ll need to grab one of the limited outside seats. To make sure you get one, just start your traghetto tour at the end of Line 1, which cruises the Grand Canal — so either at Piazzale Roma, just beyond the train station, or Lido. Snap away!

6 responses to “10 Top Photo Ops: Where to Find the Best Views of Italy”