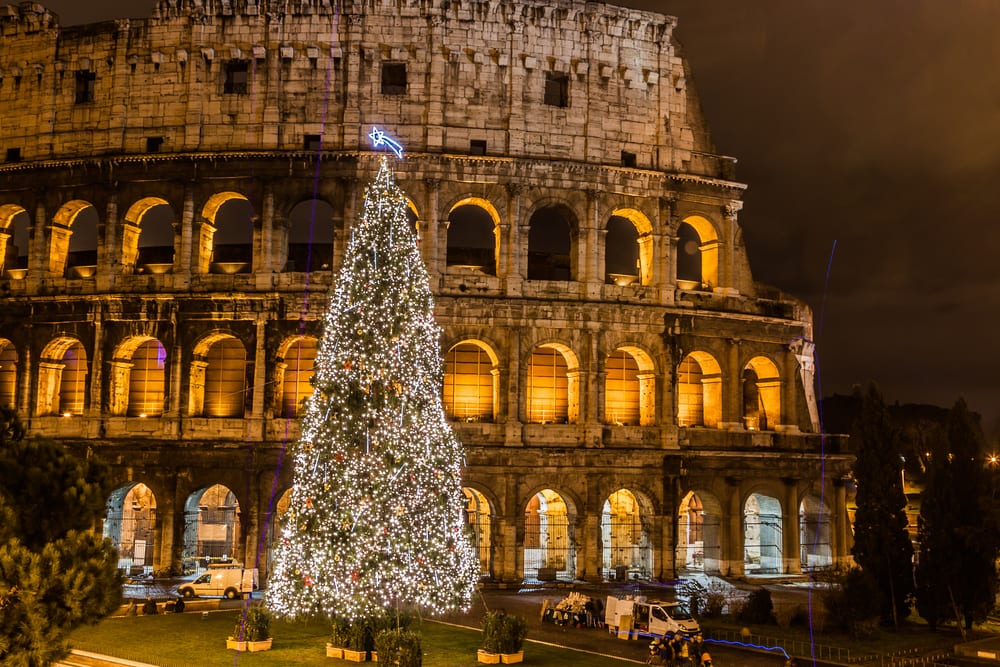 Christmas is a major holiday in Italy… which means Italians celebrate lots of great, unique Christmas traditions! Across Italy, Natale tends to be a family-centric holiday, a time to stay at home (and eat!) with loved ones. But customs also vary from city to city, from exactly which dishes are served, to when to open presents, making every region an interesting place to enjoy the holidays.

Want to know how to experience Christmas like an Italian? Here are some of the most popular Christmas traditions in Italy, and how to celebrate them!

Italians kick off the Christmas season (and start decorating) on the Day of the Immaculate Conception, December 8

In other countries, Thanksgiving (or even Halloween!) signals the start of the Christmas season. In Italy, though, Christmas officially kicks off with the Day of the Immaculate Conception of Mary on December 8. This is when decorations go up (both on the streets and inside Italian homes) and when some Christmas markets start.

Decorations and huge Christmas trees can be found in main piazzas, like in front of the Colosseum or in Milan’s Piazza Duomo, and Babbo Natale (Father Christmas, the Italian version of Santa Claus) spreads holiday cheer. 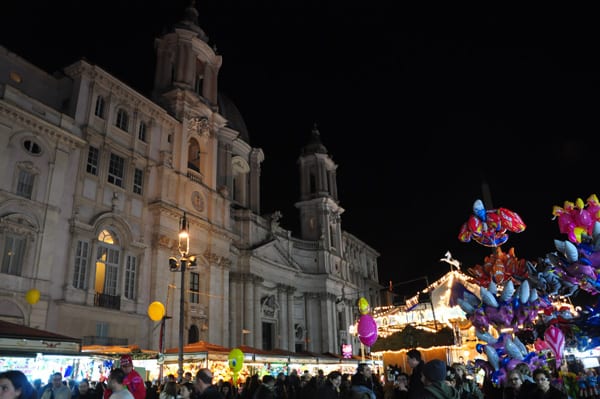 One Christmas tradition in Italy: a Christmas market! This is the one in Piazza Navona in Rome

As a semi-geeky aside, this holiday, which is both religious and state-sanctioned (meaning lots of offices and businesses will be closed on December 8), doesn’t have anything to do with the day of Mary’s conception. Instead, it celebrates the day when the Church decided that Mary was born without having the stain of original sin. (So no, no one is saying Mary was pregnant for only three weeks!).

During the eight days before Christmas, go caroling – and keep an eye out for bagpipe players!

The eight days before Christmas, also known as the Novena, are filled with carolers singing traditional songs around the neighborhood. If you’re in Rome, southern Italy or Sicily, keep an eye out for the zampognari, or bagpipe players—they travel from the nearby mountains to play their merry folklore carols.

Along with the fancy lights, wreaths and trees, presepi (nativity scenes) are displayed in many churches and piazzas. Crafting these ornate works of art by hand remains an artisanal tradition in many parts of the country. If you want to go to the source, head to Naples; the southern Italian city is world-famous for their hand-made presepi. It still has whole streets with one workshop after another devoted to the craft. (And Here are 9 other reasons you have to see Naples!). 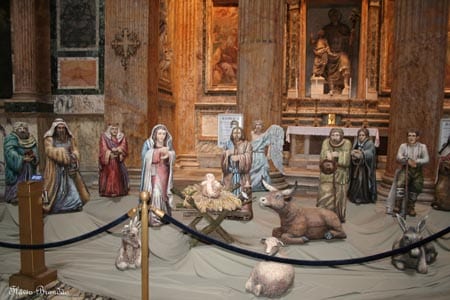 A traditional nativity scene, or presepio

To prepare and purify their bodies for Christmas Day, Italians avoid meat on la Vigilia (Christmas Eve). Although the idea is to eat lean, most indulge on multiple courses of fish… sometimes as many as seven! If you want to stage a similarly decadent meal, read our post on how to have an Italian Christmas meal, including recipes!

…but do go to midnight Mass… or put on skis?

After the family dinner, many Italians head to midnight Mass at their local church to celebrate. (Some Romans even head to the Vatican for Mass with the Pope!).

But traditions vary from city to city: Up north, in Cortina d’Ampezzo in the Dolomite Mountains, thrill-seekers ski down the slopes with torches at midnight to welcome Christmas. 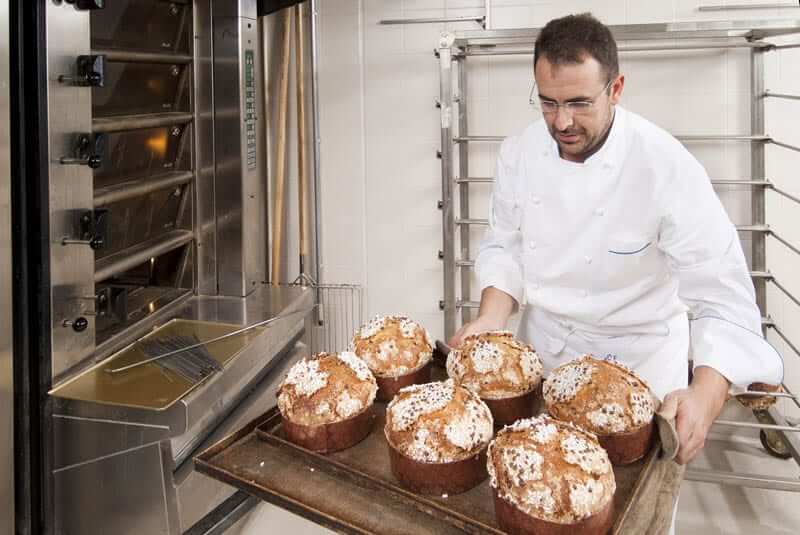 On Christmas Day, eat away

After the “light” Christmas Eve dinner, on Christmas Day, Italians invite their family and friends for a large lunch that usually goes on all day. Many save up to have the most lavish celebration possible, serving up traditional dishes like pasta in brodo (pasta in broth), roasts and traditional desserts like panettone.  If you like the sound of that, don’t miss our post on Italy’s sweet Christmas breads, including panettone, pandoro and more!).

The festivities don’t end on December 25

Celebrations often extend into December 26 with the national holiday of Santo Stefano; families get together and eat leftover Christmas dishes and sweets.

The official end of the Christmas season, though, isn’t until January 6—the Day of the Epiphany, and the twelfth day of Christmas. On the eve of the Epiphany, families usually prepare a large dinner to mark the end of the holiday season; children are given candy or coal (usually made of black sugar), depending on if they were naughty or nice. After January 6, you’ll see Christmas markets close and decorations start to come down.

When you exchange gifts depends on where in Italy you are!

Ask an Italian when her family opens gifts, and it might give you a clue to where she’s from! Gifts are commonly exchanged on Christmas Day after lunch—sometimes with the belief that Jesus has delivered them – take that, Santa!. But some smaller, northern Italian cities believe that the blind Saint Lucia brings gifts for children on December 13, so they open them that morning.

Other families may wait until January 6. The Epiphany is when la befana – a kind of “good witch” who is believed to have followed the wise men, but got lost—drops off presents. La befana is a particular tradition in Rome and Bologna, where the main piazzas often host fun activities for children; in Venice, locals believe that la befana arrives every year by boat! (Here’s more info on la befana, and don’t miss the opportunity to experience la befana through the eyes of a 5-year-old Roman, above!).

Regardless of when they open their presents, many Italians keep their wrapped gifts on display on the pyramid-shaped ceppo, along with candles and other decorations. 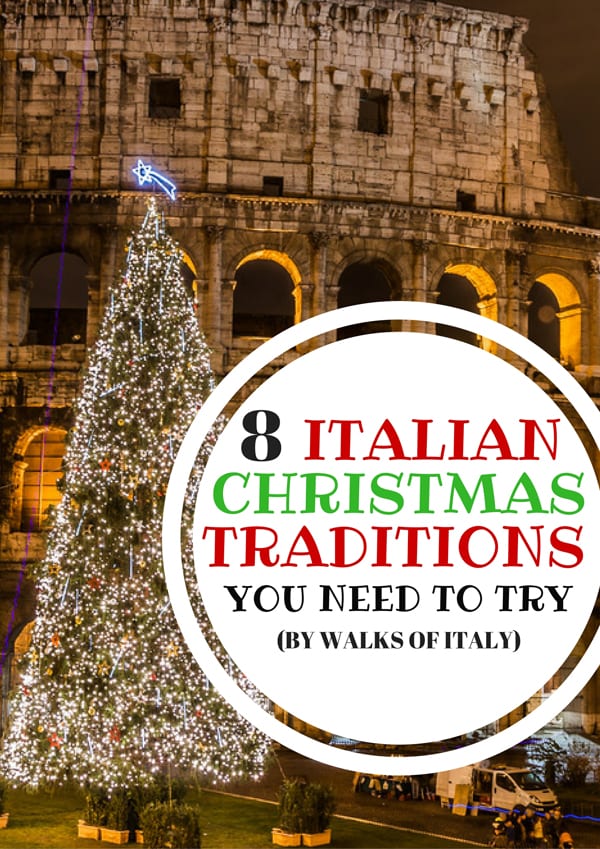 24 responses to “The Best Christmas Traditions in Italy”

Italy has a lot to celebrate so it’s not surprising that there are lots of Italian national...

Be honest; how frequently do you happen upon an item in your home that you'd love to discard, but...

If you think Christmas seems to arrive earlier with every passing year, you're definitely not...