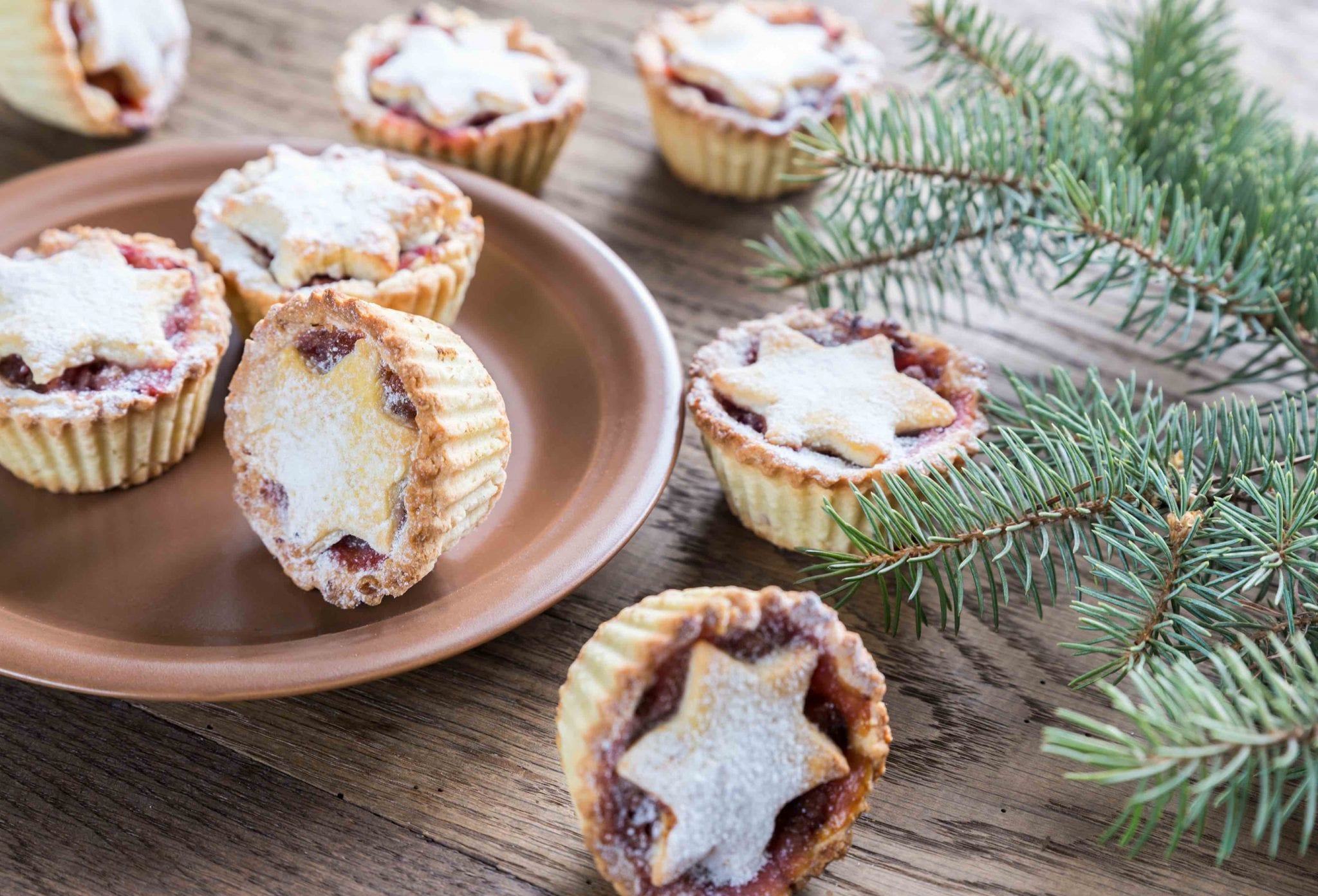 From le réveillon to la vigilia: What Christmas dinners look like around the world

If we’re to believe movies, magazine spreads and most TV shows, Christmas dinners around the world are carbon copies of one another; complete with turkey, trimmings and – unless you’re very lucky – terse conversation with tense relatives!

And while pop culture might be correct in suggesting that all festive meals are spent teetering perilously off a variety of mismatched chairs – inconsistent in size, shape and strength – we certainly don’t tuck into identical dishes over the holiday season while trying to remain steady on our seats.

Oh of course, we might all have the same questionable seating arrangements, but when it comes to filling our bellies over the festive season, each nationality boasts a distinct array of Christmas dishes, lovingly prepared for – yes, we’re going to say it – the most wonderful time of the year. 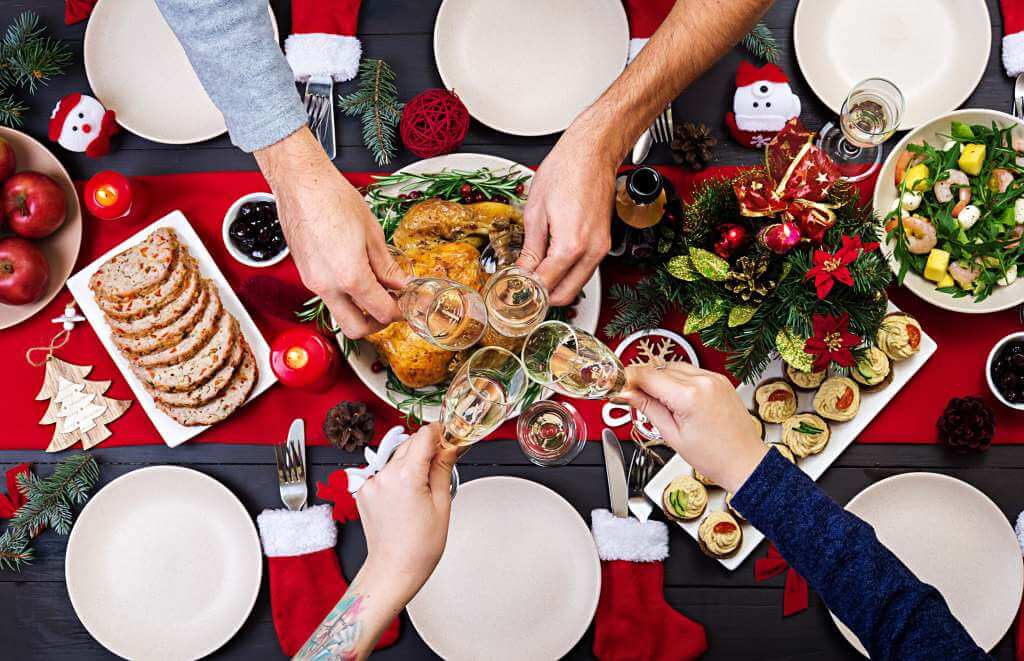 What do other nationalities include in their traditional Christmas meals?

So put simply; what is everyone else eating over the festive season? What’s on their Christmas menu, year in and year out?

While the answer is rich and varied depending on country, on this occasion we’re going to focus on the festive dishes which take pride of place on dinner tables in Italy, France and Spain (among others!) during the holiday season!

From pezzetti in Italy to bûche de Noël in France, it’s time to familiarise ourselves with the culinary credentials of various nations at Christmas, especially if you would like to introduce – and indulge in – a range of dishes from other cultures this festive season.

And yes, the following will make you hungry – don’t say you haven’t been warned!

What do traditional Christmas dishes look like in Italy?

Known as La Vigilia, the meal is meat-free, and composed mainly of fish and vegetables. Abstaining from meat on the 24th is a nod to the indulgence that is known to take place the following day, with baccalà, octopus, and shellfish taking centre-stage on the 24th instead.

In Rome, families tuck into pezzetti – a much-loved local speciality. Fried cubes of ricotta are often accompanied by pieces of artichokes, zucchini, or broccoli. Similarly, families in Naples begin their Christmas Eve meal with a starter of brocolli and seafood. Dishes can number between seven and – wait for it – a staggering 20 among many families in Italy, with the introduction of a variety of pastas as part of the main course.

After a feast of fish the previous night, Italians then choose to introduce some meat to their meals on December 25th. Christmas lunch begins with pasta in brodo – pasta in broth – and unlike days gone by when eel featured predominantly on many tables, the broth is followed by roast meat or, in some cases, stuffed turkey.

During the festive season, Italian families make room for a variety of sweet Christmas breads, including pandora, pandolce, panforte, panpepato, panettone and pangiallo. Each has distinguishing characteristics, with some relying heavily on ginger, others on fruit and spices, while some are served with cream or gelato.

Oh, and if the meal enjoyed in Italy on December 24th is right up your street, why not get your very own taster on our food tour of Venice? From the baccalà to the best fresh fish pasta the city has to offer, you’ll be in food heaven!

What do traditional Christmas dishes look like in France?

In France, the main meal of the Christmas season is known as le réveillon.It is traditionally eaten quite late on Christmas Eve, finishes in the early hours of Christmas morning and is one of the largest and most decadent meals of the year. And unlike the meal eaten in Italy on Christmas Eve, the French version is relatively meat-heavy. 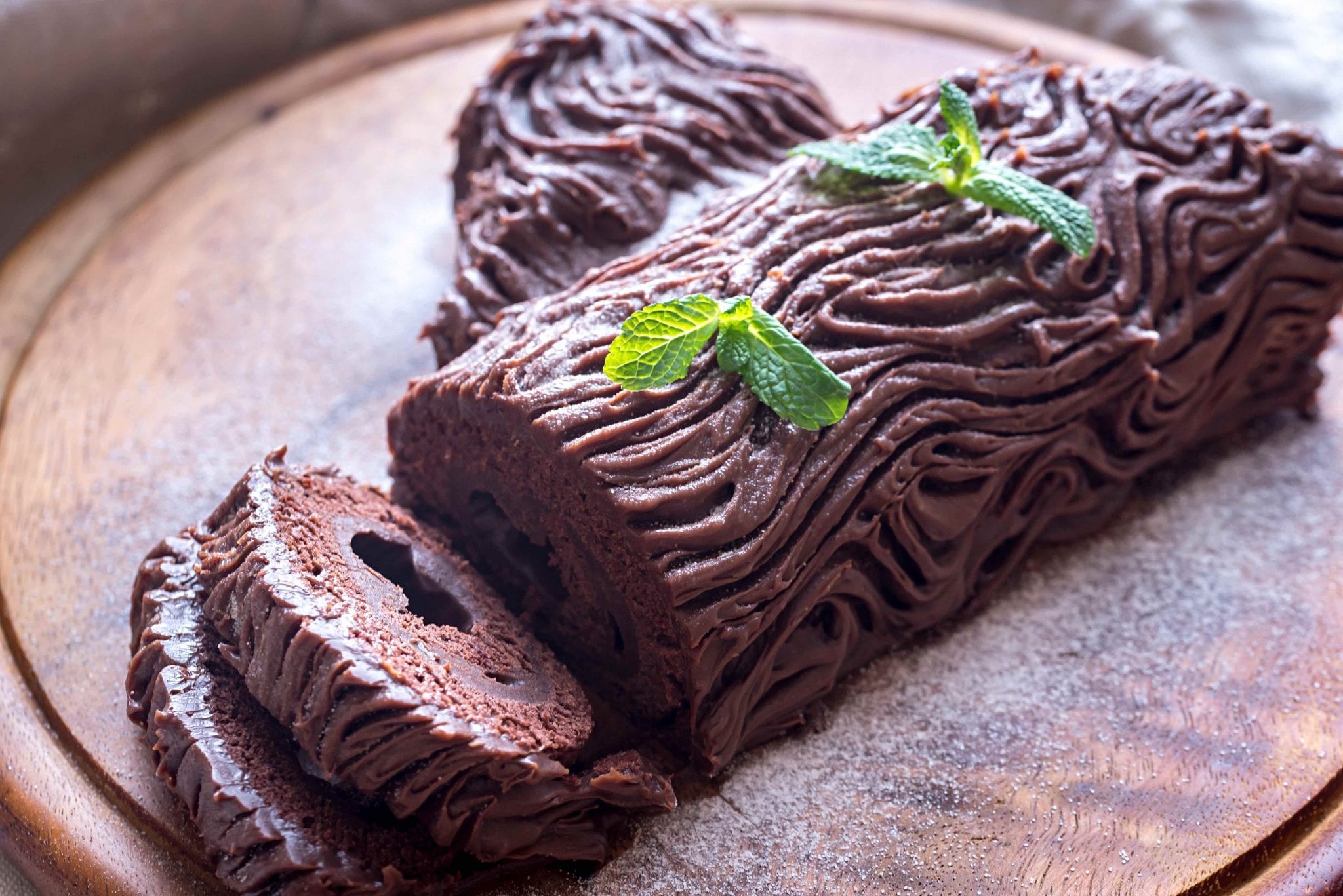 Yule log on the wooden board | Source: Stock image

For starters, families tuck into a delicious spread which generally includes foie gras, escargots, caviar and oysters, all served with bread and wine – yes, we told you it was indulgent! Then depending on the region, the dinner table’s main meal will likely feature either turkey, goose, duck or ham accompanied by chestnut stuffing.

Oh, and have you heard that French families treat themselves to thirteen desserts on Christmas Eve? Well, while it might be a staple for some, it’s more likely you’ll find a traditional bûche de Noël – a frosting-covered sponge cake which is rolled into a cylindrical shape to create the impression of a wooden log – on most tables during the festive season in France!

What do traditional Christmas dishes look like in Spain?

Christmas Eve is when most families in Spain sit down and treat themselves to a sumptuous meal to celebrate the festive season. Yes, December 24th again! Anyone sensing a pattern here? And just like in France, the meal is a lengthy one and allows for some lingering between each lavish course.

Perhaps, unsurprisingly, the festive meal on La Noche Buena begins with a tapas spread, which includes a variety of seafood including tuna tartare, shrimp and mussels. The table also features a variety of traditional tapas fare including ham, cheese and olives. 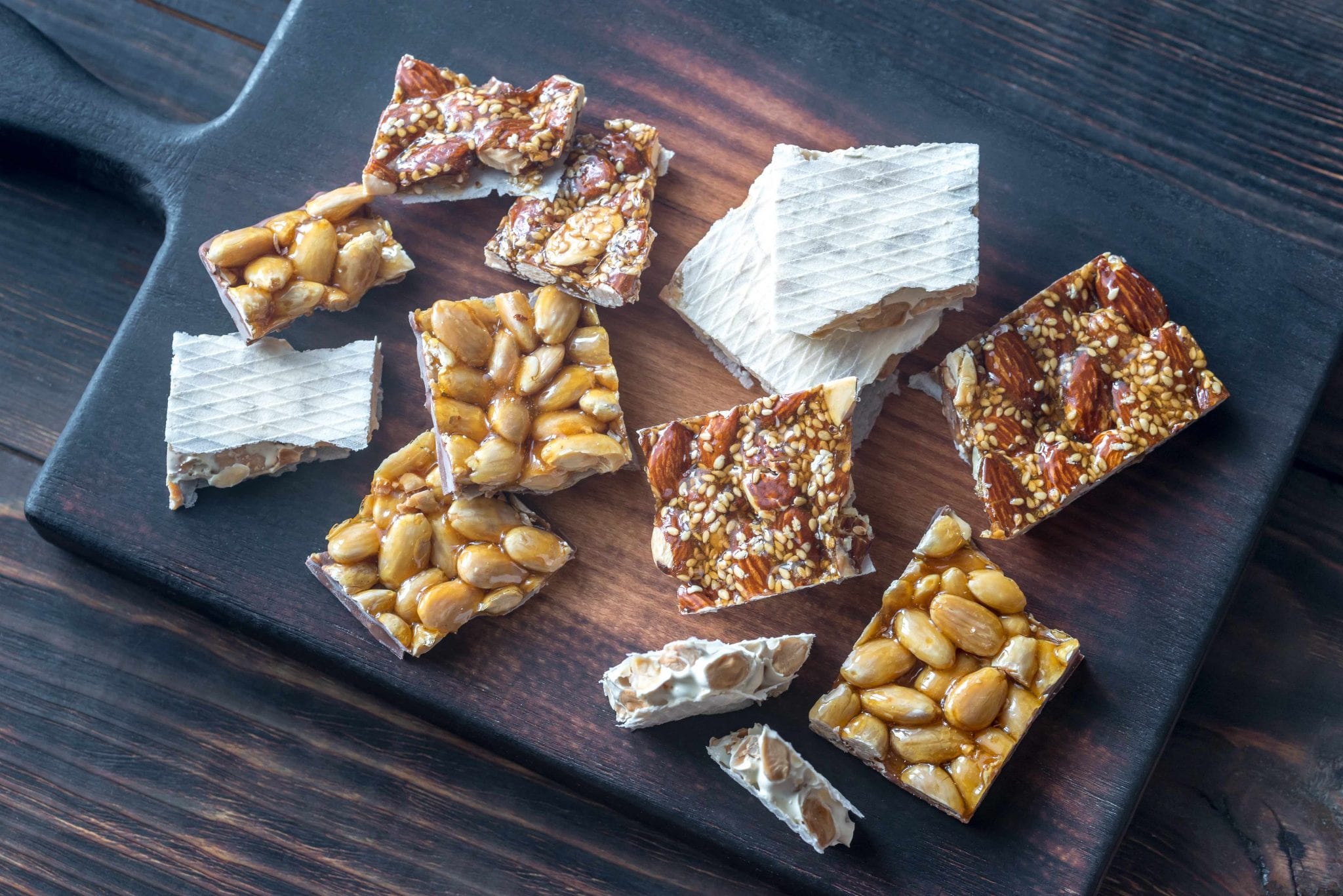 Slices of turron on the wooden board | Source: Stock image

Unsurprisingly, fish also features highly in the main course of many Christmas meals in Spain. However, many households in Spain also opt for a roast meat, with preference going to lamb or suckling pork in many cases. A selection of potatoes, salads and breads complete the festive meal.

When it comes to desserts, almonds and marzipan provide the basis for many traditional dishes. Sugared cookies known as mantecados, shortbread cookies known as polvorones, and sweets known as turrón play a big role in Christmas desserts in Spain.

Walks of Italy knows Italy inside out, but it also has local knowledge of many other cities around the world! Why not take our Barcelona Dine Around Food Tour or indulge in Luxury Champagne Day Trip from Paris with us?

What do traditional Christmas dishes look like in Greece?

Like many of the other countries mentioned here, the traditional Christmas meal is also served after midnight mass on Christmas Eve in Greece, however there are plenty of days throughout the festive season which are given over to celebratory meals. 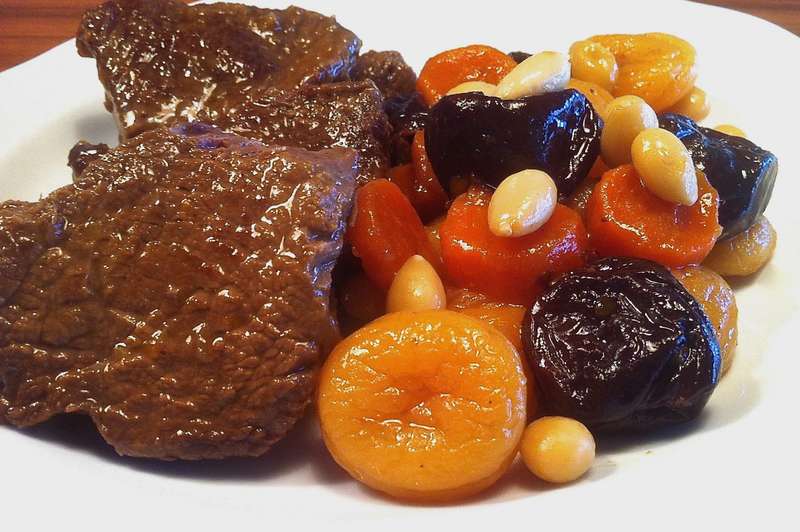 Christmas Veal with fruit and nuts

Few festive meals are considered complete in Greece without the inclusion of Christopsomo – a loaf of bread know as ‘Christ’s Bread’ which is often decorated with a cross and served with nuts and honey. Heard of yiaprakia or lahanodolmades? Much-loved throughout Greece, this dish – known by both names depending on the region – is made of cabbage leaves stuffed with minced meat and rice, and is generally served with a lemon-flavoured sauce.

Now, onto the main course! Traditionally, the meat of choice served during a Greek Christmas meal was lamb and pork, while a typical Christmas dish today would be a veal stew with dried fruits and nuts. It is also common to see turkey take pride of place on a Greek table in recent years.

Like in Spain, cookies are a festive dessert staple! Take Melomakarona, for instance. Oval-shaped, drenched in honey syrup and decorated with sprinkled nuts, they are generally synonymous with Christmas in Greece!

What do traditional Christmas dishes look like in the UK?

Christmas dinners in the UK do actually tend to take on the form most frequently seen in the movies. The meal is held on Christmas Day, it features a large turkey and it’s certainly no stranger to excess consumption.

So far, so pop culture, right? Not so fast!

The British also tend to add their own traditional elements to their Christmas meal – additional dishes which aren’t often seen in other countries. Heard of ‘pigs in blankets’? What about Yorkshire puddings? And how much do you know about mince pies?

For anyone unaccustomed to these traditional British dishes, let’s get you up to speed! ‘Pigs in blankets’, which are usually served during Christmas Day’s main meal, are made by wrapping bacon around cocktail sausages, thereby creating a blanket for the pig! While Yorkshire puddings aren’t always reserved for Christmas Day – indeed, many tuck in on a weekly basis with their Sunday roast – they’re certainly a much-loved side dish on December 25th as well.

And as for mince pies, it’s rare you’ll make it through a festive meal in a British household without having one or more of these pressed on you! Despite their savoury-sounding name, a mince pie is a small tart, filled with sweet mince made out of fruit and spices. Usually served with cream or custard, mince pies are a real staple over the festive season in the UK.

And there you have it; just a few dishes to consider if you’re looking for Christmas food ideas, want to update your Christmas grocery list or simply hope to introduce some new dishes to this year’s festive feast!

From pecorino cheese to truffles; traditional Tuscan food is some of the best cuisine in...

"Italian food" is different in every region - read our tips on what to eat...