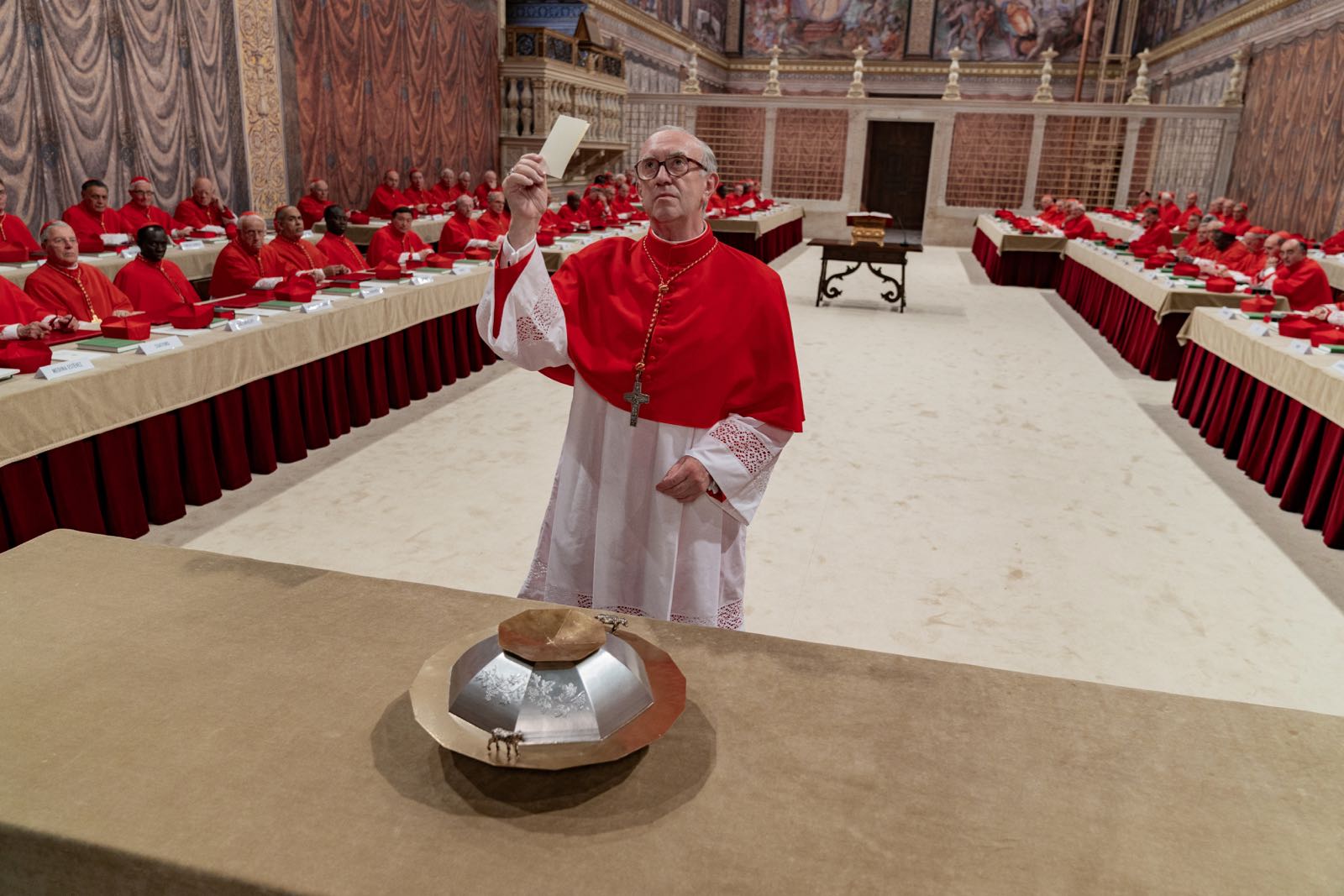 The resignation of Pope Benedict from the Papal office in 2013 didn’t just make headlines, it made history. For the first time in over 600 years two popes were alive at the same time. For the first time since 1294 a pope had resigned of his own will. And for the first time ever the Vatican became home to two popes. Based on the play The Pope by Anthony McCarten, Netflix’s The Two Popes focuses on the encounters between Cardinal Bergoglio, later Pope Francis (Jonathan Pryce), and Pope Benedict XVI (Anthony Hopkins) in a series of meetings before the latter’s resignation.

Much has been made of the historical accuracy (and inaccuracy) of the film and scenes of the two men sharing pizza and drinking Fanta have sparked debate. So we spoke with Vatican Walks’ guide Camilla Mastrangelo to get a sense of the story behind the film.

See the sites behind the story with our tour of Castel Gandolfo, which takes you inside the Papal Palace and around the beautiful Barberini Gardens.

The Two Popes aims to show the importance of opening up a dialogue between opposing sides with a focus on the human similarities between the two leaders. It’s a strikingly relevant theme at a time when opinions are becoming so divisive. So it should come as no surprise that the two men’s characters form a vital part of the story.

“Of course they are two very different personalities, two very different men,” Camilla says. “On one side we have a conservative man, like Ratzinger and on the other a man of the future, a man who grew up in a completely different environment –  Bergoglio who is now Pope Francis”.

In the film they’re portrayed as two sides of the same coin, but the acting goes a long way towards creating a convincing depiction. Camilla notes, “Jonathan Pryce has the same expressions and a similar voice [as Pope Francis] and, while Anthony Hopkins doesn’t look identical to Benedict, he gives a great performance. So you can really enter into the distinct personalities of the two men”.

Indeed, one of the most intriguing aspects about the Vatican for Camilla has always been the characters of the popes and the people behind the titles. “It’s fascinating to learn about the personalities of the popes – what they did and who they were – because they were human beings as well. Like Alexander Borgia who was known for so many scandals or Pope Paul VI who was known for modernising the church.”

“In the past, the pope had to wear a crown. But of course when you see somebody wearing a crown they look more like a king. It makes them less approachable. So Paul VI decided, no more crown let’s use a little white hat. Those little things are fascinating, little things that make the pope more human”.

Interested in the locations behind the film? Check out our behind the scenes guide to The Two Popes.

How was Pope Francis different?

In The Two Popes, Pope Francis is shown to adopt a simpler lifestyle than a traditional pope, but how much of this is true and how much was written for the film?

“First of all, he’s a jesuit and that’s very different.” Camilla says. “Pope Francis became the first Jesuit pope of the Catholic church when he was elected in 2013. Then choosing the name of St. Francis – like St. Francis of Assisi, the saint of the poor – is also important, as it represents his aim: to be humble, to be more like the poor, and more like Jesus. He doesn’t wear expensive shoes like the previous popes, instead he wears very normal shoes. Sometimes you even see him without the white hat.”

But his pared back lifestyle extends beyond clothing. “He’s using a blue second hand Ford Focus instead of the big black Mercedes that the previous two popes used. He doesn’t live in the grand papal apartments, where the pope has lived for the past 200 years. Instead, he lives in a small guest house in the Vatican where he only has two rooms and a bathroom. He also speaks in a way that everyone can understand – very simple, very easy. And that appeals to people. You can tell when you go to St. Peter’s Square on Sunday or on Wednesday during the audience. The people love him”.

Another key change to the pope’s lifestyle in recent years is the fact that he is no longer using Castel Gandolfo as his summer residence. “That’s the first time a pope has done this,” Camilla informs me. “The previous popes would always go to Castel Gandolfo during the summer holidays. But Francis doesn’t go on holiday at all – he hasn’t had any holidays in his six years as pope. So Castel Gandolfo was opened up a few years ago to the public as a kind of museum. You can take the train and visit the bedrooms and beautiful gardens around the Papal palace”.

Read our post on how Pope Francis changed the Vatican (and how you can visit!)

One of the tensions the film centers on is the efforts of Bergoglio to resign. But did this really happen? Yes and no. One of the rules stipulated by the Church is that cardinals must offer their resignation at the age of 75 to the pope, who can either accept it or decline it. But whether or not they met privately in person before Benedict’s resignation in 2012 (as depicted in the film) is up for debate. Because cardinals do not need to submit their resignation to the pope in person, most have assumed that the meetings depicted between Benedict and Cardinal Bergoglio did not take place. However, according to Camilla it’s plausible. “Apparently it’s true that he went to Rome ahead of his retirement, and there were rumours that these meetings happened. We don’t know for sure. Do I think they ate pizza, or watched the world championship? Probably not. But if he did go, the gesture to come to Rome to resign is very meaningful”.

Interestingly, after he took office Pope Francis changed the rule that non-cardinal bishops serving in the Vatican would now also offer a resignation rather than losing their posts automatically, as was previously the case.

What about the dialogue?

As a film that centers on a series of meetings, the dialogue takes centre stage and this was an important aspect for both McCarten and director Fernando Meirelles to get right. So much so, that most of the conversations on philosophical debates in the movie are based on official documents including interviews, writings and recordings. As a result, viewers can be assured that the content of their conversations are based on what the two men had actually stated at one point or another.

Best summed up as a faithful picture of an imagined encounter, from Camilla’s perspective The Two Popes serves as a very accurate representation of a unique situation. “Being here in Rome surrounded by the Vatican, the pope, and the Catholic religion for my whole life, I can say it’s very well done and very realistic”.

Visiting the Vatican soon? Check out our do’s and don’t’s for your trip here!