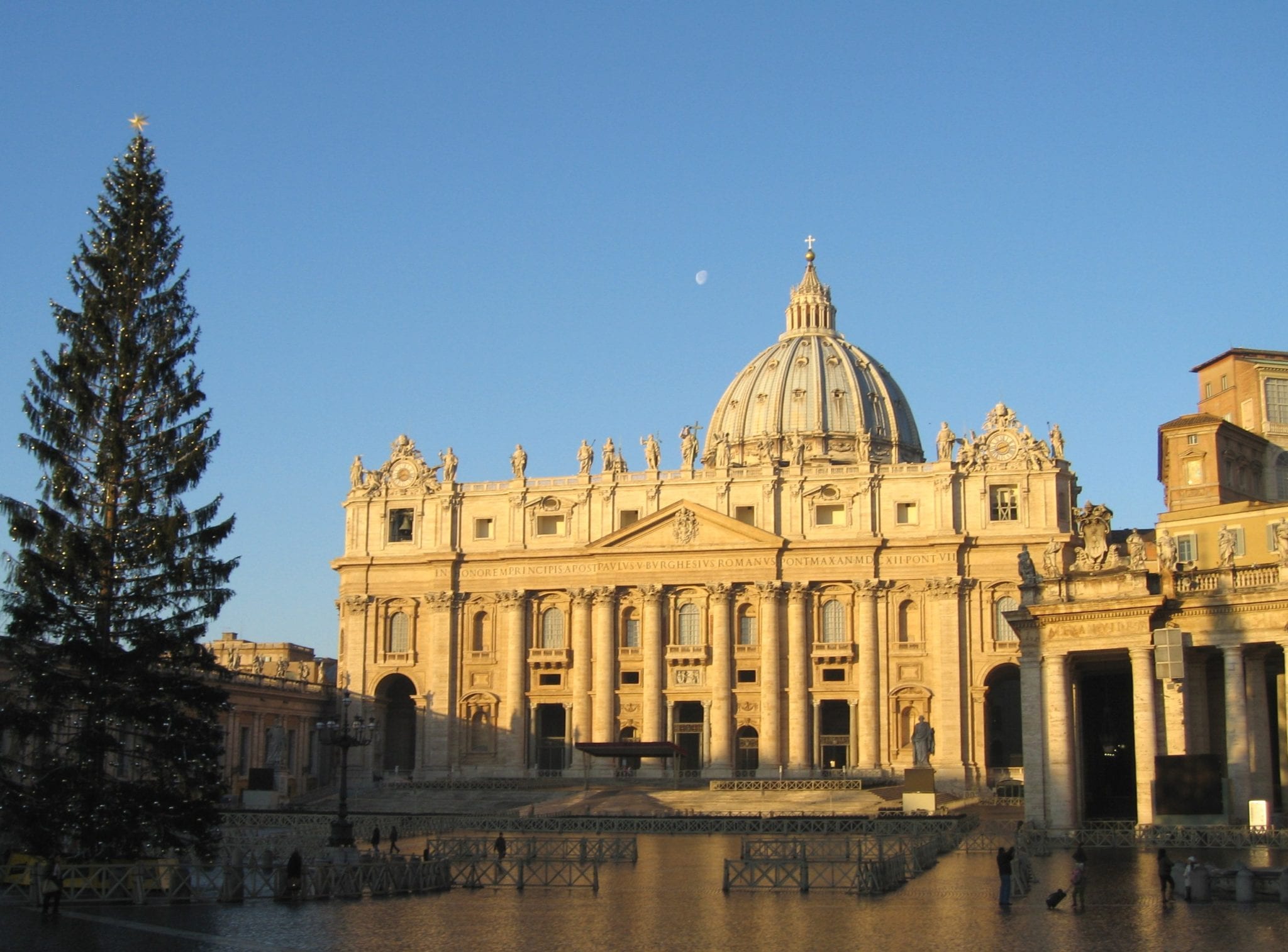 St. Peter’s Basilica, the ultimate symbol of the Vatican, is one of the most beautiful buildings in Rome. But with a history stretching back 2,000 years, it’s also simply fascinating! Here are 6 surprising facts you might not have known about the “cathedral” of St. Peter.

The view from the top of the dome of St. Peter’s Basilica

The imposing church you see today isn’t the original basilica of St. Peter. It’s actually… number two! The reason? The original church was built in the 4th century by Emperor Constantine, the Roman empire’s first Christian emperor, on the spot where St. Peter was thought to be buried. By the early Renaissance, though, the (literally) ancient church was in serious disrepair. But it took a guy like Pope Julius II (someone with a strong enough personality to go head-to-head with curmudgeonly Michelangelo!) to make the decision to tear down the entire thing… and build a new one.

The result? Thousands of pieces of priceless, ancient art, from mosaics to statues, were destroyed. But the “new” basilica, built from 1506-1626, is a masterpiece of Renaissance architecture.

02. St. Peter’s Basilica isn’t a cathedral or the official seat of the Pope

True story: For all its importance, St. Peter’s Basilica isn’t the official seat of the Pope. Nor is it first in rank among Rome’s basilicas. Both of those accolades go, instead, to San Giovanni in Laterano (St. John Lateran), the mother church of the Roman Catholic church. But because of the size of St. Peter’s, and its location next to the residence of the Pope, most of the Church’s most crucial ceremonies are held here instead.

The four-poster, solid-bronze canopy over the main altar, or the baldacchino of St. Peter’s, appears almost dwarfed by the dome towering right above it. So you might think it’s not that tall. But it is. It’s almost 10 stories tall – it’s just that the dome, above it, is even bigger: 452 feet. (The baldacchino, by the way, also uses no less than 100,000 pounds of bronze).

04. None of the paintings inside the basilica are actually paintings

Huh? No, really. Although, at first glance, the basilica’s interior appears to be elaborately decorated with paintings – from frescoes in the dome to the huge paintings hanging on the walls – it’s not. Every single one of those “paintings” is actually a mosaic, done with such painstaking detail, and such tiny tesserae (the little pieces of glass making the mosaic up), that they only appear to be paintings.

The Pieta, in St. Peter’s Basilica

St. Peter’s Basilica is the home to one of Michelangelo’s most famous masterpieces, the Pietà (which, by the way, he carved when he was only 24 years old). But not everyone’s been a fan of the stunning sculpture. In 1972, a mentally-disturbed man named Laszlo Toth attacked the sculpture with a hammer; he cracked off Mary’s nose and broke off her arm at the elbow. The sculpture was painstakingly restored and returned to St. Peter’s, but now, it’s protected by bullet-proof glass—even as other priceless sculptures in St. Peter’s remain out in the open.

06. Yes, St. Peter might be buried beneath the basilica

The reason why Emperor Constantine built the first St. Peter’s Basilica where he did—and why the “new” St. Peter’s was arranged with its altar directly over the same spot—was because this is where St. Peter’s bones were thought to lie.

Of course, this was hard to prove. But in the 1940s, excavations were done on the rumored spot. And, in 1953, a set of bones were found. Testing revealed they belonged to a man in his 60s, the same age that Peter would have been. Earth was encrusted on the bones, and Peter originally was buried directly in the dirt. And the bones had remnants of purple thread, a color of cloth that only would have been used in ancient times to wrap the body of someone who was seen as royal (or holy). For these reasons, Italian archaeologist Margherita Guarducci, among others, argued that the bones belonged to St. Peter.

Of course, others disagree – and it’s certainly not solid proof that the bones are St. Peter’s. But the findings don’t prove that the bones don’t belong to St. Peter, either.

It’s easy for travelers to forget that Rome has over 900 churches, and many of them are...