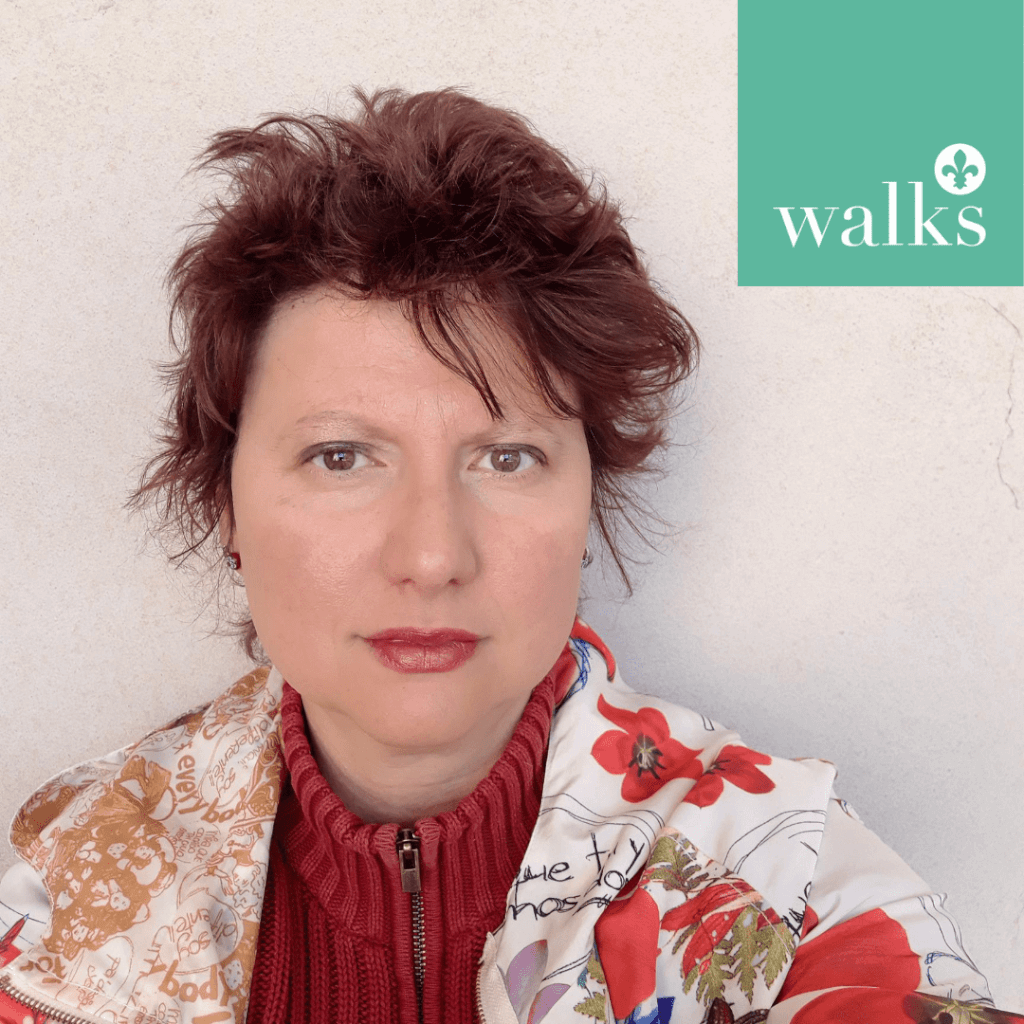 Today, we’re joined by one of our Milan guides, Lara Ioan, who shares insights into the history of Milan, her favorite piece of art, as well as her favorite neighborhood in the city. We’ll let Lara take it from here.

Tell us a bit about yourself
My name is Lara and even if this is a Russian name I’m Italian, born in Novara, a Piedmont town on the eastern border with Lombardy region, where I moved a long time ago and settled in the small city of Magenta. I live in the romantic Lombard district by the artificial water canal Naviglio Grande, the one made in the Middle Ages to link Lake Maggiore to Milan’s harbor Darsena for trading reasons. The beautiful view of the countryside inspires me for new itineraries both in Milan and in my district, which is just half an hour distance from the city.

Thanks to my college degree in foreign languages I’ve traveled all around the world for leisure and for business when I worked for international companies. In 2011 I turned my lifetime passion for art and history into a new job, passing the examination to become a tour guide in Milan, where I lead tours in Italian, of course, English and French.

We’d love to hear some insights into Milan that you often share with guests
The city of Milan is worldwide famous for fashion and design but few people imagine it’s an ancient city, settled in the 7-century B.C. There’s a lot to say about its past, the leading role it had and still has in Italy. The mentality of its citizens since the Ancient Roman times has always been to welcome innovations from abroad, to be updated, to be the No. 1, especially in trade and business.

This attitude that is positive for the future has a drawback: tradition, whatever belongs to the past, must be forgotten. That’s why Milan looks like a modern city with a few ancient buildings and monuments, only the most important and special ones were preserved. That doesn’t mean there’s nothing else besides Duomo and Da Vinci’s painting of the Last Supper to see. Traces, ruins, entire ancient buildings still exist but hidden by the modern ones. For example, the ruins of the ancient Roman Milan, such as the Emperor’s palace and the circus were partially englobed into the church of Saint Maurice and its nunnery, which is a jewel of the Renaissance. 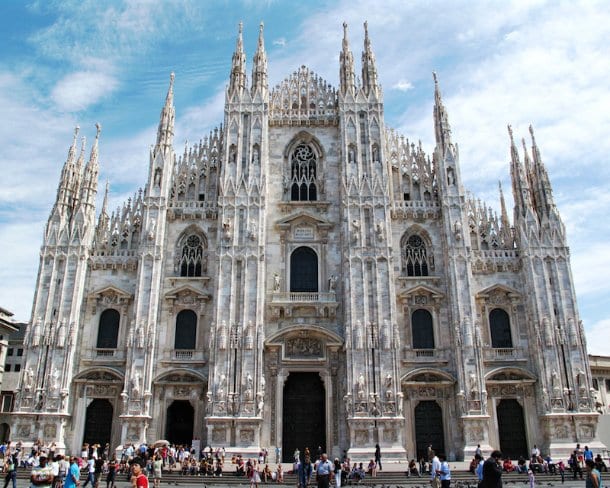 What’s your favorite artwork?
My favorite artwork is inside Duomo, Milan’s cathedral. Among the ancient glass-stained windows I always stop in front of a modern one made in 1939, by the artist Giovanni Buffa. It depicts the Archangel Michael in the moment of attacking with his army of fighting angels the evil force made of horrible devils lead by Satan.

The vivid colors, the action, the whole battle scene that covers the 17 mt window surface is just amazing: Michael riding on his white stallion is on the top above, on the left bottom Satan giving orders. Opposite him, a tiny figure of a white-bearded man observing terrorized the battle: it’s Saint John, the evangelist who described this vision in the Apocalypse. Even if I’m tired, exhausted, I have a few minutes left to end the Duomo tour, I love to share the view and story of this beautiful artwork with guests. 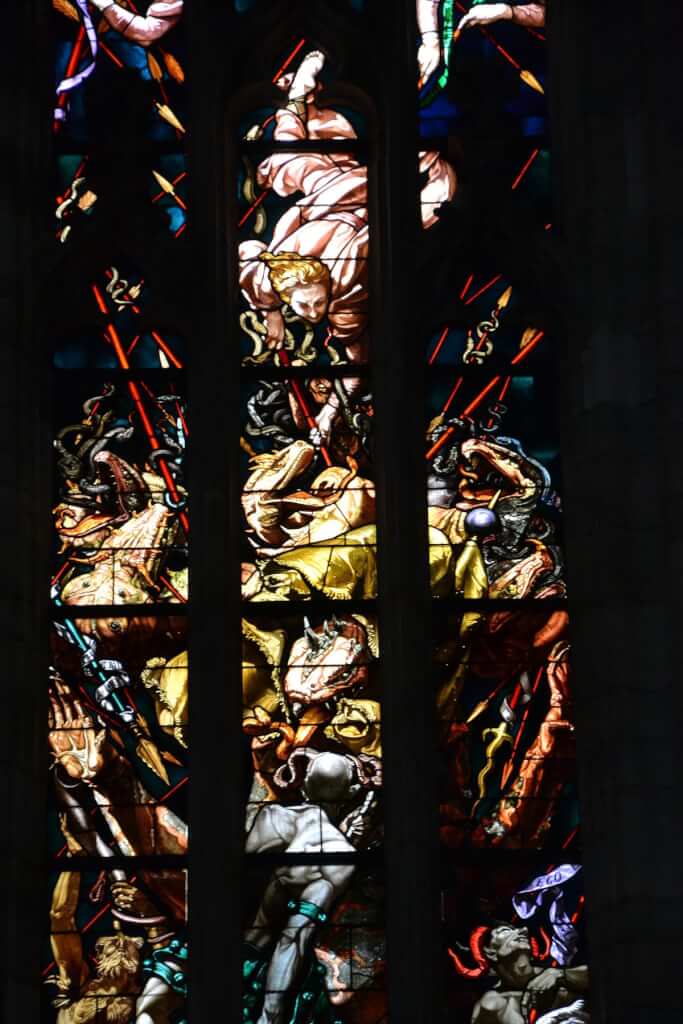 Do you have a favorite neighborhood in Milan?
My favorite neighborhood in Milan is the water canals and harbor area, called Navigli. It’s a 20 minutes wall from the city center and it’s mainly a place for the “movida”, the Milanese nightlife. There’s a wide choice of local restaurants and bars where to taste a real Milanese aperitivo. That’s not the main reason why I like it, this is the ending point of the same water canal that flows next to my house in the countryside, so I like to wonder how it would be, if allowed, to jump on a boat and go back home that way… and I also imagine the barges that from 1386 till 1842 carried the marble blocks from the Candoglia quarry on lake Maggiore to Milan to build our great cathedral, Duomo. 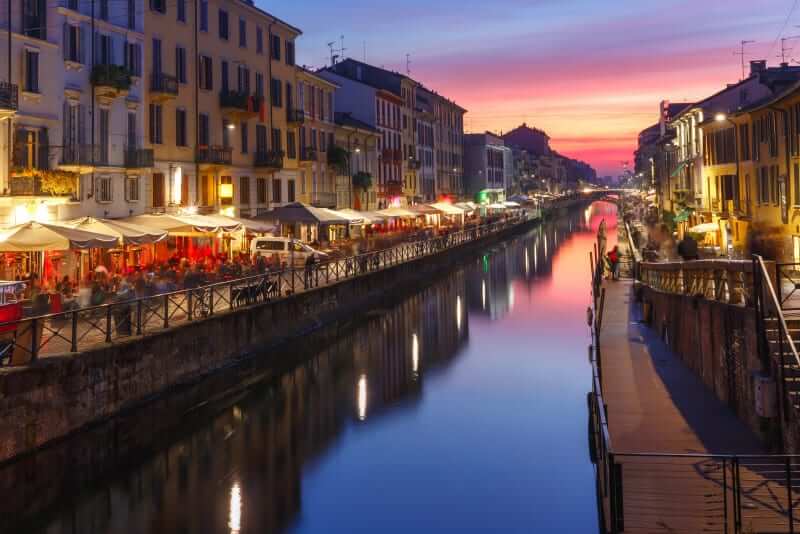