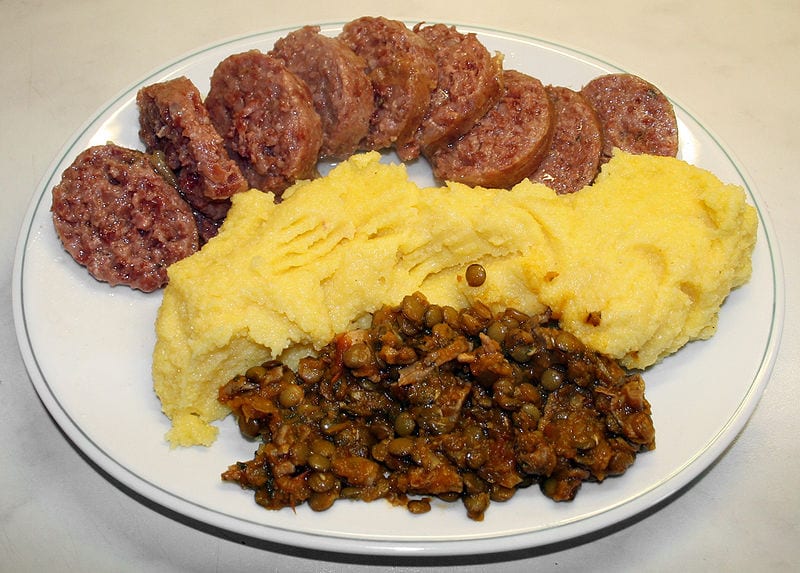 The Walks Guide to Mantua

Mantua is a tiny medieval city that punches way above its weight in history, architectural splendor, and delicious cuisine.

Considered one of the main artistic and cultural hubs in Northern Italy, its Centro Storico, or historical city center, and nearby Sabbioneta form a beautiful UNESCO World Heritage Site. 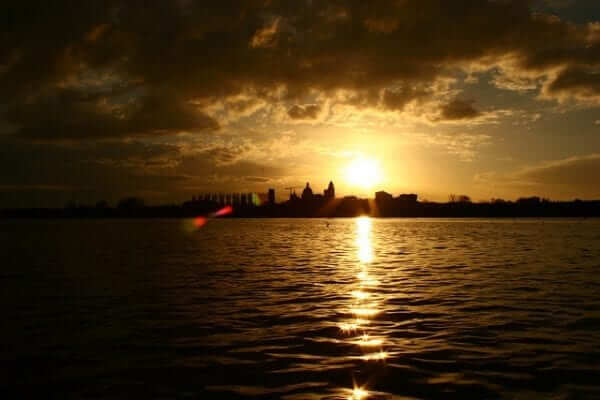 Mantua owes a lot of its prestige to the wealthy and powerful Gonzaga family (yes, the American University is named after one of them), who ruled the city for nearly four centuries. Through their patronage, some of the best artists, musicians, and writers of their day came to the city, but regardless of who was paying the bills, Mantua has long seemed to have something in the water that inspired artists and musicians. The Roman poet Virgil was born nearby.  The town was used as a setting of Giuseppe Verdi’s Opera, Rigoletto and was also the place of Romeo’s exile in Romeo and Juliet. Antonio Vivaldi wrote many of his most famous operas and concerti while employed by Mantua in the 18th century. Mantua was also the home of Andrea Mantegna, a Renaissance painter perhaps most known for his Lamentation over the Dead Christ – famous for the shocking image and unique angle of Christ as a corpse.

Though equidistant from Milan and Venice, and a neighbor of Verona, Mantua is all too often ignored by tourists. But it probably won’t stay that way for long. Mantua was declared the Italian Capital of Culture in 2016 and won the title of European Capital of Gastronomy for 2017. We woul recommend that you see it sooner rather than later.

Much of Mantua’s culture and wealth come from the days in which it was ruled by the Gonzagas, one of the most powerful families in Europe during the Middle Ages. Visit their primary residence, the Palazzo Ducale, in the city’s historic city center. As big as seven football fields, the massive castle has over 500 rooms, many of which are open to the public. Be sure to see the Camera degli Sposi, or Wedding Room, painted by Mantegna.

Officially Mantua’s historical city center, Piazza Sordello is the oldest square in the city. It’s likely that the piazza was the center of the original Etruscan town the city was built upon. However it’s current beauty comes from, you guessed it, the  Gonzagas, who redesigned its layout and created its most dominant buildings. Here you’ll find the Palazzo Ducale, the city’s Duomo as well as the Torre della Gabbia, a tower with a cage still dangling from it where criminals and delinquents were once held. Another fun fact: the piazza is dedicated to the poet Sordello da Goito who was cited by Dante in the Divine Comedy.

The Palazzo Te, or Palazzo del Te, was built between 1525 and 1535 as a suburban residence for Federico II Gonzaga. The palace was originally intended as a stable for the ruler, but eventually came to be used as a luxury office space and a guest palace for rulers visiting from abroad. Be sure to visit the famous Room of the Giants, which sports a stunning fresco representing the battle between the giants who attempted to ascend to Olympia and overthrow Zeus.

Mantua’s astronomical clock tower was built in 1473 and was one of the first mechanical clocks in Europe. Not only did this ancient timepiece tell the time hourly, it also tracked lunar phases and told the positions of the sun, moon, planets, zodiac signs and the celestial equator. In the 15th century, astrology wasn’t just confined to the horoscope sections of monthly women’s magazines. It was one of the major governing forces of daily life and a clock that could accurately convey it to the masses must have seemed nearly miraculous to anyone who saw it.  Though it doesn’t work today, Mantua’s citizens once used the clock to guide all aspects of their lives: when to plant, harvest, depart on a trip, get married – the clock told all! 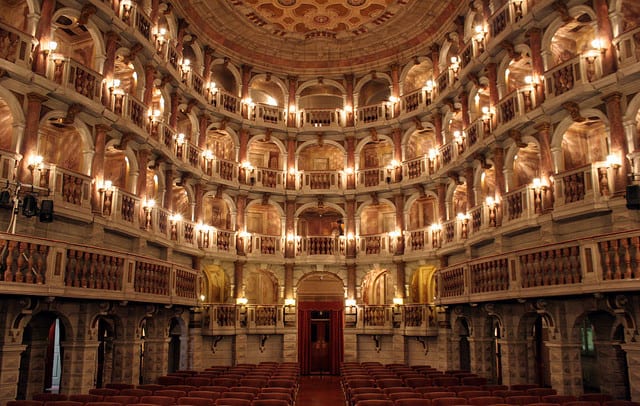 The Bibiena Theater was built in 1767…entirely out of wood. Although the pronounced bell shape of its auditorium seems unique today, it was was not uncommon in the 18th century. What was a little more unique at the time was that its creator, the eponymous Antonio Bibiena intended for the theater to host not just concerts and plays but also scientific experiments.   Velvet and stucco decorate the inside in a layout uniquely designed to allow theatergoers to see and be seen. The theater hosts both daytime visits and evening shows today, but its most famous performer was probably a teenaged Wolfgang Amadeus Mozart, who performed here in 1769.

Mantua’s UNESCO World Heritage Site, Sabbioneta is a small, well-preserved town built by, of course, a Gonzaga as a fortress and residence. Located about an hour outside of Mantua, it is well worth a side trip. UNESCO considers the town a “perfect example of Renaissance urban planning”. Go to see the town’s Ducal Palace, the gorgeous Teatro all’antica and the beautiful rooms and gardens of the Palazzo Giardino. Stop for lunch to enjoy some of the region’s most delicious local dishes. (More on that below!)

Like any ancient Italian town, Mantua has a wealth of different chapels, churches, and cathedrals to visit during your time in the city. Starting in Piazza Sordello, you’ll find St. Peter the Apostle Cathedral. Officially the city’s Duomo, the cathedral pales in comparison to the beauty of the secondary Basilica di Sant’Andrea. This grand churches houses a vial of the Blood of Christ, a Catholic relic that attracts thousands of pilgrims each year during the feast of the Ascension.

Finally, be sure to visit the ancient Rotonda di San Lorenzo, Mantua’s oldest church, which was built in 1082. Head to Piazza delle Erbe to see the beautiful basilica, which contains Byzantine frescos as well as the original matroneum, or gallery built specifically to accommodate women during religious functions. Today the church is deconsecrated and often used for demonstrations, shops, or pop-up stores.

Like all places in Italy, Mantua has its own unique culinary traditions and dishes. The city is surrounded on three sides by artificial lakes fed by the Mincio river (originally used a defense against invaders) and its cuisine has always reflected this abundance of water, from dishes featuring freshwater fish and even frogs, to a love of water-intensive produce such as rice and pumpkins.

Bigoli is a pasta very similar to spaghetti, but made fresh. When you pair it with anchovies or sardines (sardelle), garlic and oil, you have a simple, delicious meal with all the right flavor notes. Traditionally this was eaten on the first day of Lent, but the local dish can be found year round these days.

Called tortelli di zucca alla Mantovana in Italian, these are small tortelli made of fresh egg pasta and filled with pumpkin, Parmesan cheese, nutmeg and, at times, amaretti (those sweet almond cookies that you often get with coffee), though each Mantuan cook is sure to have his or her own personal recipe. Usually topped with just a bit of olive oil or butter and cheese, the sweetness of the pumpkin combines perfectly with the salty cheese to create one of northern Italy’s top recipes and one of our absolute favorite fall foods in Italy.

Mantua’s risotto alla pilota got its name from the workers who used to husk and clean the rice. A bit grainier than typical Italian risotto, it’s a hearty, inexpensive dish topped with sausage, pork, and Parmesan cheese – a Mantuan favorite!

It’s not uncommon in Mantua to find donkey (asino) or even horse (cavallo) on the menu. Typically served ‘stracotto’, or ‘super-cooked’, the tougher meat is made tender by cooking in wine or broth for hours and hours. It’s usually served with a side of bright yellow polenta.

Though all types of sausages are popular in Mantua, cotechino is one sausage so popular that it enjoys Protected Geographical Indication status from the Italian government. Made with a filling of rind, bacon and different seasonings and cooked for an extra long time, cotechino is traditionally served with lentils to celebrate the New Year, but the hearty, simple dish is delicious anytime.

No traveler with a sweet tooth can leave Mantua without trying one of its famed desserts. Torta sbrisolona is a crumbly cake made with flour, butter, eggs, almonds, lemon peel, and vanilla seed. The cake is so crumbly that it’s typically broken up and eaten with your hands to avoid the pieces constantly rolling off your fork and knife. You can go for something a bit richer with the Elvezia cake. This is a dessert that comprises three circular layers of egg white, sugar and almond paste.

Mantua is the home of the Festivaletteratura, a five-day annual international literature festival of “encounters, workshops, thematic journeys, concerts and events with world-renowned poets and authors, essayists, artists and scientists from all over the world.” The 2017 Festival runs from September 6 – 10.

The city is surrounded by lakes formed by the Po River’s tributaries. Take advantage of the environment with a relaxing boat tour or rent a bike to circle the lakes. The land is completely flat and absolutely stunning. Try the 20 km trip through the Bosca Fontana Nature Reserve leaving from Mantua.

Mantua is located in one of the flattest parts of Lombardy’s vast plain. This is good for its famous pumpkin and rice production, not so good for its climate. Hot and humid in the summer and blanketed in fog in the winter, this city is best visited in spring, early summer or autumn if you want a mild climate and clear days.

The town is small and easily seen on a day trip from Bologna, Milan, Verona or Venice. The center is closed to traffic, so rent a bike or simply hoof it across the cobblestones to see the sights.

If you found our Insiders’ guide to Mantua helpful, you should check out some of our other Insiders’ Guides: The Amalfi Coast Guide, The Tuscany Guide, Outdoor Adventures Guide 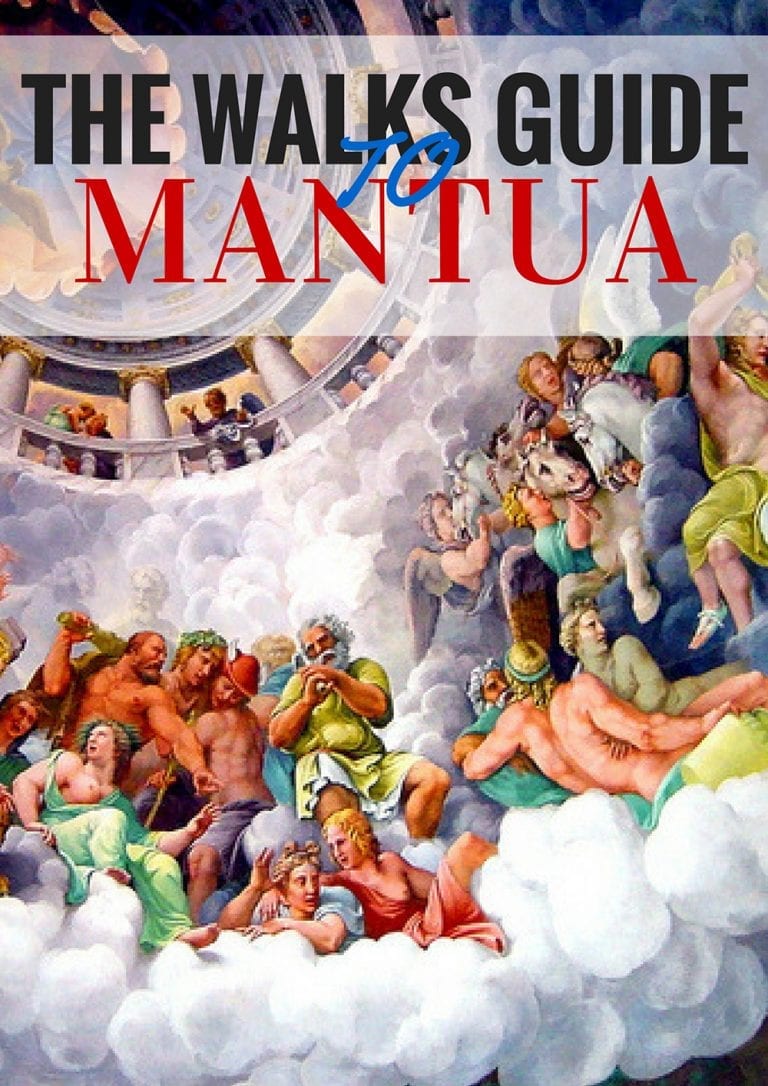 6 responses to “The Walks Guide to Mantua”