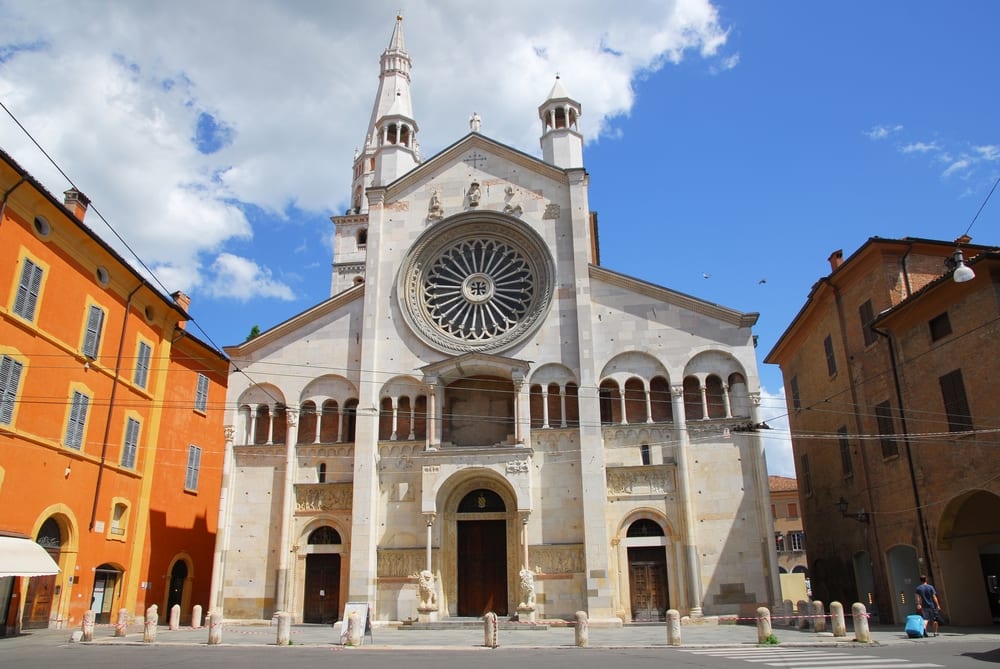 With over 45 designated UNESCO World Heritage Sites, Italy boasts more sites than any other country. A World Heritage Site is defined as “a place (such as a forest, mountain, lake, desert, monument, building, complex or city) that is of special cultural or physical significance (source: Wikipedia) and as you know, Italy has plenty of these places!

Spread all throughout Italy, we will showcase some of these remarkable places in a series of posts with this first one covering the World Heritage Sites in Northern Italy.

1.Genoa: Le Strade Nuove and the system of the Palazzi dei Rolli Dating back to the 16th and 17th century, this site is an extraordinary example of urban and architectural development. Le Nuove Strade (new streets), in reference to Via Garibaldi and Via Balbi, were built by the wealthy aristocratic families who constructed their residences on the edge of the historic center.

This resulted in a unique network of aristocratic residences which boasts some of the finest Renaissance and Baroque palaces. In a decree by the Senate in 1576, these palaces were officially listed as public hospitality residences. This list, known as “rolli”, obliged the owners of these residences to host distinguished guests to the Republic of Genoa. Mantua and Sabbioneta are examples of Renaissance planning based on two different circumstances. Under the ruling Gonzaga family, Mantua, a town dating back to the Roman period, was a renewal project which then made it one of the most significant cultural center in Northern Italy. The most notable site here is Palazzo Ducale, the residence of the Gonzaga family which consists of a large number of buildings, gardens and courtyards.

Sabbioneta, situated on the sandy shores of the Po River and 30 kilometers (18 miles) from Mantua, was built by Vespaniano Gonzaga in the second half of the 16th century. Entirely constructed based on the theories of the ideal Renaissance city, UNESCO describes it as “one of the best examples of ideal cities built in Europe” with “the defensive walls, grid pattern of streets, role of public spaces and monuments”.

Note: Due to the earthquakes in May 2012, some sections of Palazzo Ducale in Mantua are still closed off to the public until further notice.

3. Archaeological Area and the Patriarchal Basilica of Aquileia Aquileia, located in the region of Friuli-Venezia Giulia, was considered one of the most prosperous towns in the Roman Empire. Due to its importance as a trading center, the town flourished before it was completely destroyed by Attila in the 5th century. Today, it is an important archaeological area with ruins of the Roman Forum, a harbor and residences.

The Basilica of Aquileia, with its amazing mosaic floor dating back to the 3rd century, was destroyed when the town was attacked by Attila and was only rebuilt in the 11th century. Mainly in Romanesque style, it has some Gothic features due to renovations that took place after an earthquake in the 14th century.

4. Vicenza and the Palladian Villas of Veneto La Rotonda, an icon of Palladian architecture (Photo by jpmm)

Vicenza, located about 60 kilometers (37 miles) west of Venice, flourished under the Venetian rule from the 15th to 18th century. Its many impressive buildings in the city are thanks to the work of Andrea Palladio, an architect in the 16th century.

Besides the 23 monuments in the historic center, Palladio designed the villas found throughout the Veneto region. Among the 20 villas, the most notable, Villa Almerico-Capra or “La Rotonda”, is recognized as the icon of Palladian architecture. Situated just outside the center, this outstanding suburban villa built for Paolo Americo in 1571 has a central round hall within a square structure, a design that is thought to be derived from Roman temples. Established in 1878 by the textile manufacturer Cristoforo Benigno Crespi, Crespi d’Adda in the Lombardy region is the finest example of a “company town”. Around the factory, Cristoforo and his son Silvio built houses to accommodate their employees as well as a school, church, hospital and community center to ensure the well-being of their employees. Initially, these houses were shared but eventually individual homes with gardens were provided.

Unfortunately, during the Depression of 1929 the Crespi family sold their town to another textile company and after several ownerships, the factory closed in 2004. An interesting fact worth noting is that during this 50 year-period, there were no incidents of strikes. Church and Convent of Santa Maria delle Grazie in Milan

While the name of this UNESCO World Heritage Site might not ring a bell, you are surely familiar with the painting on the refectory wall of Santa Maria delle Grazie – The Last Supper. The work on this painting by Leonardo da Vinci started in 1495 and was painted on dry instead of wet plaster. This new painting technique, coupled with the humidity and exposure to the elements over the centuries, required the painting to undergo extensive restoration efforts.

The Church, built by Guiniforte Solari in late Gothic style, was commissioned by the Dominican order in 1467. Later, Donato Bramante played a part in reconstructing the apse and enlarging the complex. Modena, situated in the Emilia-Romagna region, boasts the impressive 12th century Cathedral in Piazza Grande which UNESCO declared “a masterpiece of human genius”. The joint creation of Lanfranco, the architect and Wiligelmo, the sculptor, the Cathedral is a fine example of Romanesque art commissioned by the Canasso dynasty and dedicated to St. Geminianus, the patron saint of Modena.

Soaring to the height of 86.12 meters (282 feet), Torre Civica (Bell Tower) is the symbol of Modena that is visible from any part of town. Built in 1197, it originally had five floors with the addition of the octagonal cusp during the renovations between 1261 and 1319. Also known as Ghirlandia, it got its name from “ghirlande”, the two marble railings that decorate the top of the tower.

There are many more spectacular UNESCO World Heritage Sites in Northern Italy and in the past, we have mentioned some of them including the Prehistoric Stone Carvings of Val Camonica and the absolutely stunning Dolomites.

Have you been to these UNESCO World Heritage Sites in Northern Italy and which ones did you find the most fascinating?