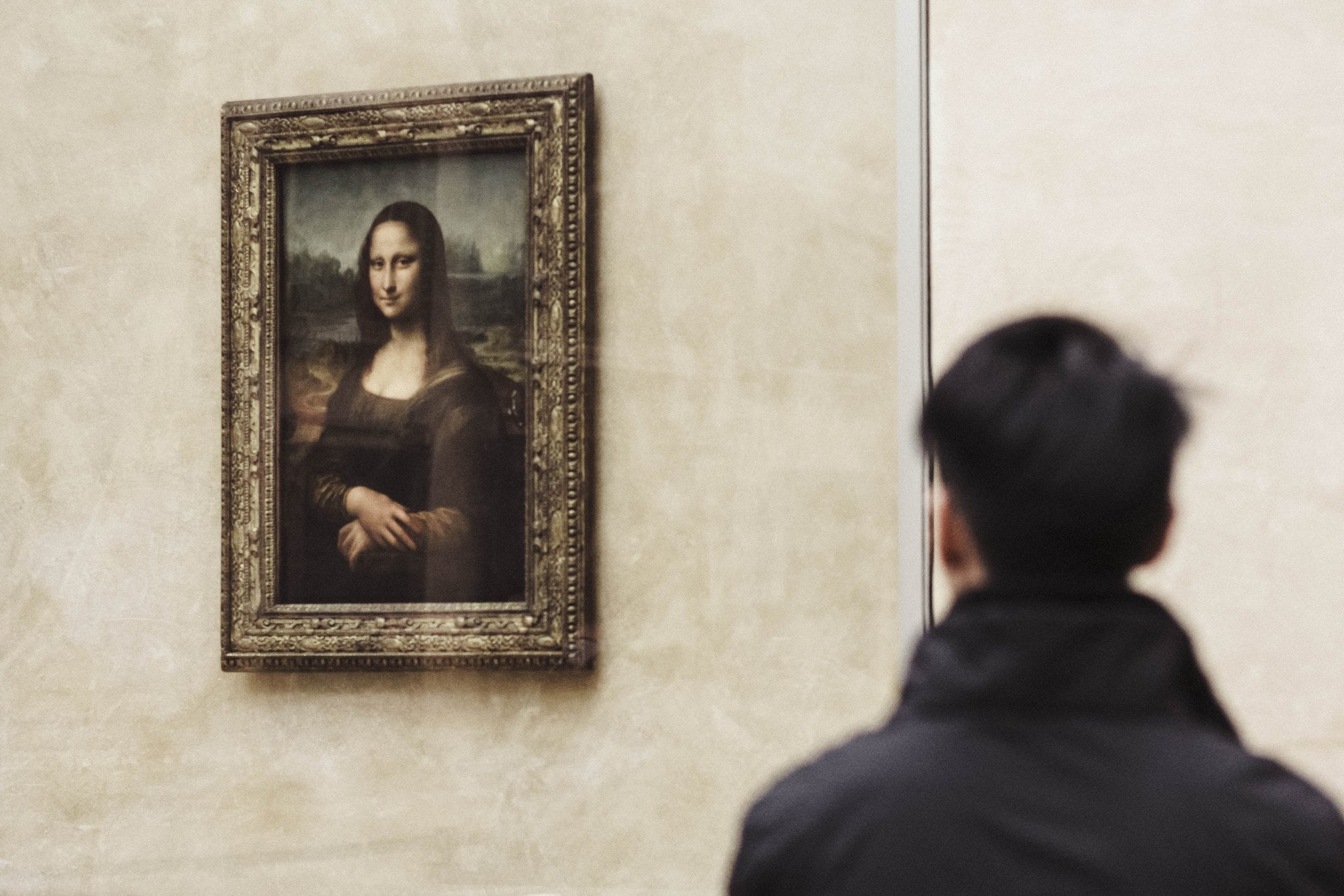 Why did they move the Mona Lisa? (Plus other fascinating facts about the famous painting)

In March 2017, Walks of Italy began offering our signature, small-group walking tours at some of the most iconic attractions in Paris. For an unforgettable experience in the city of lights (and other breathtaking destinations around the world!), visit us at takewalks.com!

In summer 2019 however this endeavour was made somewhat trickier (to say the least) when the decision was made to move Da Vinci’s famous masterpiece into the Medici Gallery – marking the first time it’s been relocated in 14 years.

When will the Mona Lisa go back to its original location?

The Mona Lisa found itself at the epicentre of a publicity storm in July 2019, after it was moved from the Louvre’s Salle des États to its Galerie Médicis. The reason? Simply to facilitate the former’s renovation ahead of an exhibition in honour of the 500th anniversary of Da Vinci’s death in October.

Since July, headlines have documented confusion the move has caused among visitors to The Louvre (which boasts on average of 30,000 guests a day).

Thankfully, the Mona Lisa is set to return to its original spot in mid-October, but as crowds today jostle to get a glimpse at what is famously considered the world’s most enigmatic smile, onlookers are reminded that Mona Lisa’s serene expression belies the drama which has surrounded her for centuries.

Indeed, this isn’t the first time the painting’s relocation has caused a bit of a ruckus. In fact, this summer’s move calls to mind an interesting dispute over ownership, which has played out between two nations for years.

Read more: The Top 13 Things to See at The Louvre

Who owns the Mona Lisa?

From a legal standpoint, the answer to that question is the French government. But from a figurative one? Well, that actually depends on who you ask, and on which side of the French/Italian border they might stand.

It’s well known that the Mona Lisa is understood to be a portrait of an Italian woman named Lisa Gherardini, which was commissioned by her husband Francesco del Giocondo during the Italian Renaissance.

What is perhaps lesser known is that Da Vinci, who was born in Italy but died in France 67 years later, supposedly gifted the painting to his friend King Francois I, who initially housed the portrait in the Palace of Versailles before it was moved to the Louvre.

And therein lies the cultural conundrum.

Many assert that this confirms France’s ownership – with the Louvre last year stating that Da Vinci, in fact, sold the painting to the king – while those who share a birthplace with Da Vinci argue that the Mona Lisa is an undeniable part of Italian history, created by an Italian of an Italian for an Italian.

Considering the global realm to which the painting has been elevated, the issue of heritage may seem a trivial one, but it’s worth remembering that it actually acted as the motivation for one of the most infamous art robberies of the 20th century.

Read more: 7 Things You Never Knew About the Eiffel Tower

In August 1911, the half-length portrait was stolen from the Louvre by an Italian man named Vincenzo Peruggio. After concealing the painting in his Parisian home for two years, it is understood that the former Louvre worker returned to Italy with it, approached a gallery in Florence, and promptly blew his cover.

After two years of police work and considerable international publicity, the hunt for the painting was over.

Brought before the court, Peruggio reportedly argued that the motivation for his crime was patriotic, and he subsequently served seven months of a 12-month sentence.

Over 100 years on from Peruggio’s ‘crime of patriotism’, the debate over who can ‘claim’ ownership of the painting continues to rumble on.

Read more: Why You Need to Take a Conciergerie Tour in Paris

From courtrooms to cultural campaigns

While the original dispute may have played out in a courtroom, today’s manifestation of the conflict comes in the form of cultural campaigns and online spats.

In 2011, The Telegraph reported on art historian Silvano Vinceti’s efforts to raise 100,000 signatures by 2013 in support of the return of the painting to Italy. The campaign was dismissed by Vincent Pomarede of the Louvre who argued that ‘any attempt to move the painting would cause incalculable damage.’

One year later, a petition containing more than 150,000 signatures called on the Louvre to return the Mona Lisa to Florence, with the aim of reinstating the painting in the Uffizi Gallery. The National Committee for Historical, Cultural and Environmental Heritage made a formal – but ultimately unsuccessful – request to France’s Culture Minister at the time.

And it hasn’t stopped there.

From the world of celebrity to the World Cup, it seems anything and everything can act as a catalyst from which to ignite discussion around Mona Lisa’s heritage.

Indeed, during a promotional tour in 2014 for his film The Monuments Men, George Clooney is said to have weighed in on the subject of ownership. According to reports published at the time, the actor supposedly encouraged France to return the portrait to Italy, ultimately drawing further attention to the friction which exists between the two nations on the issue.

And the bone of contention made headlines again just last year when the Louvre tweeted a photoshopped image of the Mona Lisa wearing the French football strip following France’s World Cup win in July 2018.

Unsurprisingly, the move went down like a lead balloon among Italian fans, who took to Twitter to rage against the museum. Naturally, it wasn’t long before alternative versions of the image began circulating online, with irate Italians carefully doctoring the painting to illustrate Mona Lisa’s supposed support of the Italian football team.

Courtrooms, campaigns, and Clooney aside, the latest contention has been stirred up by the most recent relocation.

Indeed, a recent article in The Irish Times serves as a reminder that – for many people – the heritage issue still runs deep. Speaking to the publication, one Italian visitor asserted: “They stole her. She should be in Florence! It’s not right we have to pay to see our history.”

‘Leonardo gave her to Francois, so she’s French now,’ argued a security guard.

While the Mona Lisa will soon return to the Salle des États, there are many who maintain her relocation should be an international one.

So, where do you stand on it? Let us know in the comments below!

Read more: 9 Facts About the Life of Leonardo Da Vinci They Didn’t Teach You in School

PSST! Navigating the Louvre can be difficult, if you want to see the best of the collection, check out our Louvre Highlights Tour – featuring the aforementioned Mona Lisa, Venus de Milo and Winged Victory. 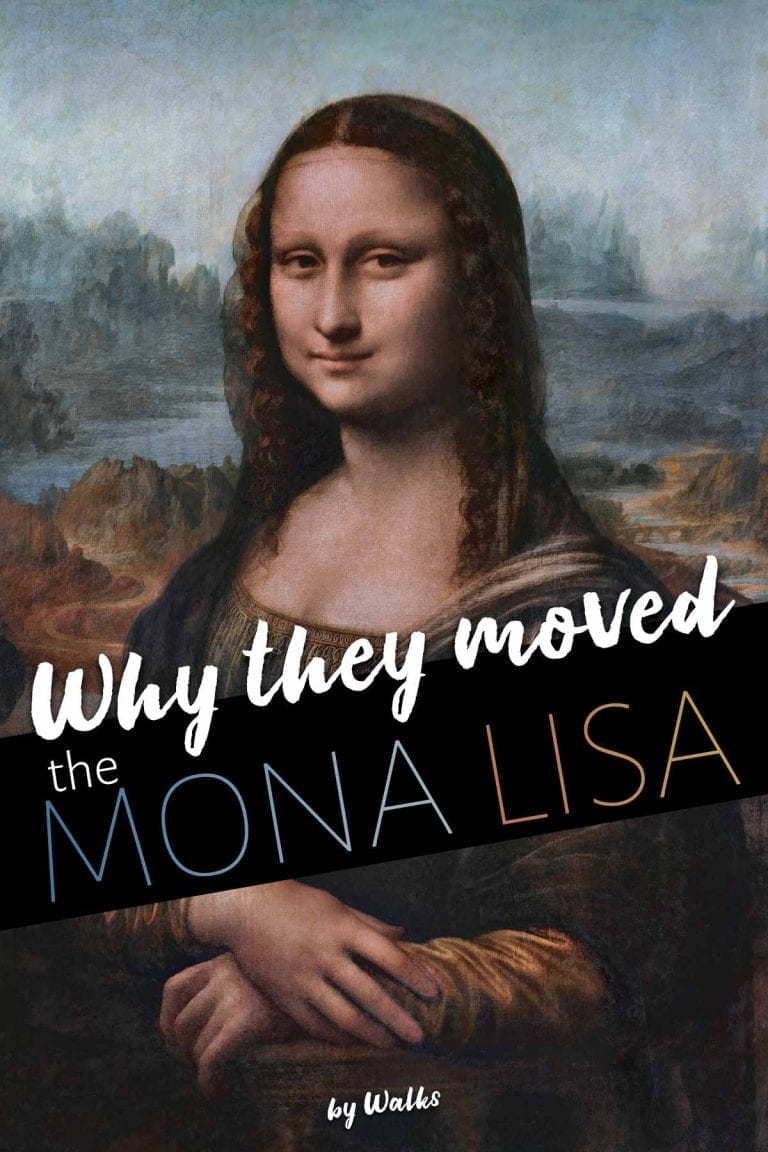 By the middle of the 18th century, Paris stunk. It may have been one of the largest and most...

Restoration methods for the Last Supper have caused fierce debate among art...