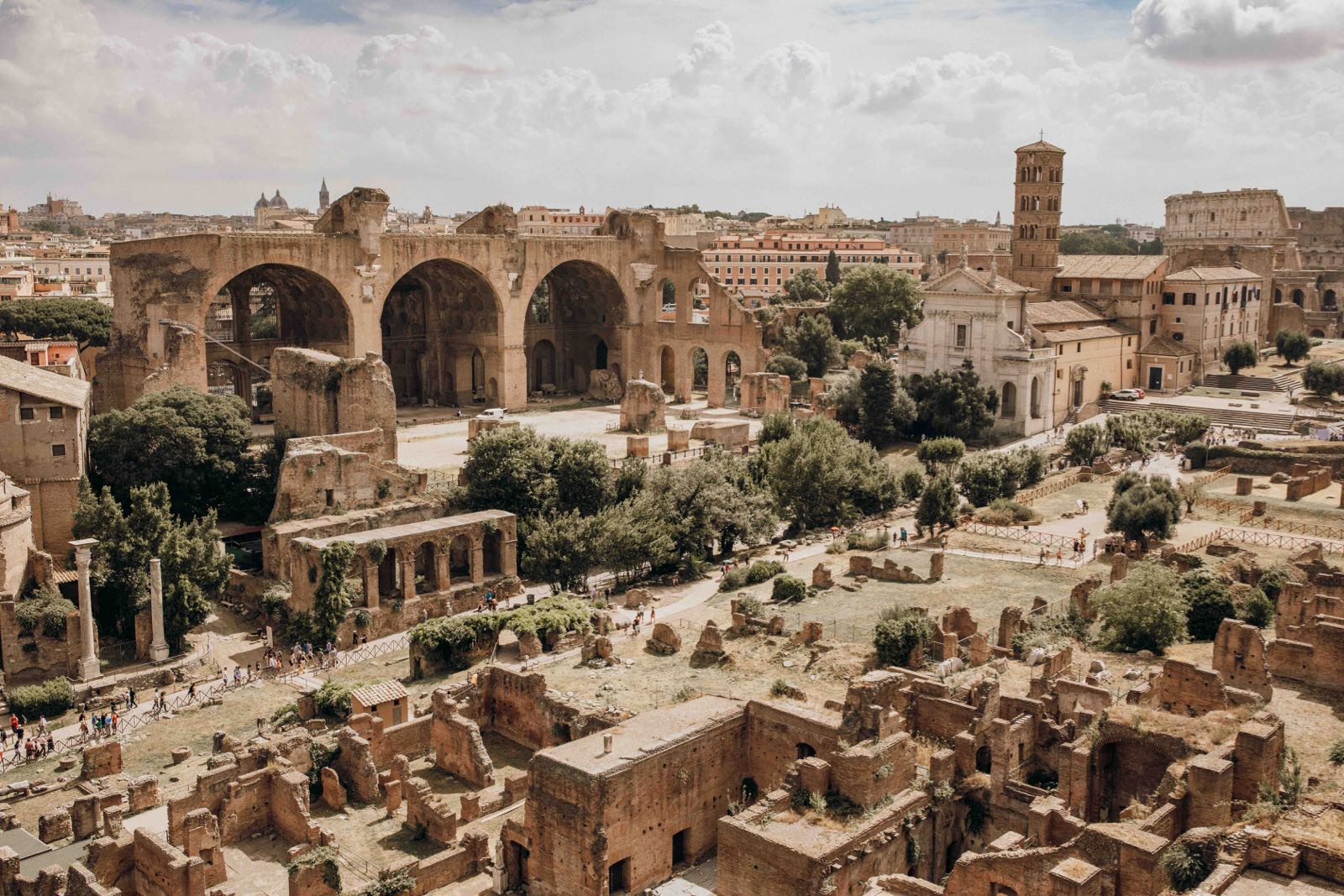 8 Fascinating Facts About the First Emperor of Rome – Caesar Augustus

Heir to Julius Caesar, he was one of the most famous (and controversial) leaders from Ancient Rome, but how much do you really know about Caesar Augustus? From political strife to private life, here are 8 facts you mightn’t know about the famous Roman Statesman.

1. He was adopted by Julius Caesar

Busy ruling an Empire, Julius Caesar had only one legitimate daughter – Julia Caesaris – who passed away upon giving birth in 54 BCE. Soon, the time came when the Roman leader had no other option but to adopt his closest male relative, as was commonly done within the Roman Empire. His great-nephew, Gaius Octavius proved to be the lucky candidate. Though he was trained in from a young age and accompanied Julius on campaigns abroad, Octavius didn’t actually find out he was adopted until Julius was assassinated. To his (and the Roman government’s) surprise the young eighteen year old was proclaimed Caesar’s successor when his will was read out in the Senate, igniting a bitter struggle for power.

Born Gaius Octavius (or Octavian), the young leader took the name ‘Augustus Caesar’ following Julius Caesar’s death. In the world of Ancient Roman politics, public perception was everything. Augustus was well aware he needed to capitalise on his familial name to earn the people’s trust – even if he was only distantly related to Julius Caesar (more on this to come). Derived from the latin word ‘auger’ meaning ‘to increase’, the former part of his name, ‘Augustus’, means ‘serene’ or ‘exalted’. So combined, his name implies ‘adding to’ the already substantial legacy of his predecessor. This might seem like a tall order, but not when one considers…

3. He is remembered for bringing about a 200 year long period of peace for the Roman Empire

One of the most significant aspects of Augustus’ reign was that he ushered in a two hundred year long period of relative peace within the Roman Empire, which came to be known as Pax Romana. This sounds idyllic but rather than a period of utopia-like harmony, it was more like one of heavily enforced hegemony. Augustus didn’t trust the Provincial governors to manage Rome’s tribute states and preferred to keep a close eye on them himself. Using his vast powers within the Senate, he marshalled extra forces to visit all of the conquered territories to ensure they were kept in-line. He raised payments for his soldiers and rewarded them handsomely for quelling any would-be rebellions. He also introduced a personal bodyguard for himself called the ‘Praetorian Guard‘ to ensure history didn’t repeat itself in the form of an assassination attempt, as befell his predecessor, Julius Caesar. While most of Rome’s leaders ensured their protection with a personal entourage (particularly during times of conflict), Augustus was the first to establish one permanently. He also vastly increased his bodyguard’s size, making up a total of nine cohorts, composed of 4,500 soldiers. So it’s pretty unsurprising the people were keen to keep the peace!

4. … But only after a bitter war – against Antony and Cleopatra

After Julius Caesar was murdered in 44 BC, the Roman Empire erupted into a bitter civil war. An unsteady triumvirate (or, three-way leadership) took grasp of the Roman Senate. Eventually, two politicians emerged as the forerunners for power: Mark Antony and Octavian. Mark Antony who had been a loyal supporter of Julius Caesar in the Senate and served as his general abroad, was the clear favourite to be named as his successor. That is, until it emerged Octavian was named in Caesar’s will. The Senate was divided in support for the two. Soon Mark Antony teamed up with the Egyptian Queen, Cleopatra. A pragmatic and ambitious ruler, she was also mother to Julius Caesar’s sole heir, Caesarion which strengthened their claim to rule. Their forces met in the decisive battle of the Roman civil war, known as The Battle of Actium. With a superior naval fleet, Octavian’s army claimed victory and the lovers committed suicide in Shakespearean-style fashion, creating the subject matter for many artistic depictions. After ordering Caesarion’s death, Octavian was left as the unrivalled ruler of the Roman Republic.

5. He was a military ruler – and a patron of the arts

Who says you can’t have it all? Though he’s mostly remembered as a military commander, Augustus was also an avid supporter of the arts and commissioned many sculptures from Roman artists during his reign. Of course, these pieces had an alternative function. In addition to their decorative function, they also served to create an image of the Emperor that he wished the people to see. Numerous sculptures were made during his lifetime, which exaggerated different aspects of Caesar Augustus and were intended to legitimise his position. For example, many of the statues emphasised his divine right to rule and drew on the fact he was descended from the ancient founder of Rome, Romulus. One statue that is currently kept in the Vatican known as Augustus of Prima Porta depicts him in armour with a young Cupid at his feet, highlighting his divine connection with the gods.

6. He never officially claimed the title of Emperor for himself

The Roman Empire had an aversion to naming absolute rulers. That’s why instead of naming ‘kings’, they had emperors. Even if, ironically, the emperor usually held a lot more power. Much of what Augustus did was modelled on the behaviour of Julius Caesar, who repeatedly refused the epigraph of ‘Rex’ (King). So instead of accepting any absolute titles, Augustus preferred to be called Princeps Civitas – First Citizen of the State. Nevertheless, he was widely acknowledged to be the first Roman Emperor and was by no means modest in letting everyone known the impact he had on the State, famously declaring on his deathbed, “I found Rome a city of bricks, and left it a city of marble”.

7. … but he did name a month after himself

No prizes for guessing which month honours this Roman leader! Before 8 B.C. August was known as Sextilis (seeing as it was the sixth month in the Roman calendar). Once again, Augustus took inspiration from Julius Caesar – who had taken the liberty of naming the fifth month of the Roman Calendar (previously called Quintilis) after himself – and changed Sextilis to August. Naturally, this was a fool-proof way for the Roman leaders to cement themselves into the people’s consciousness, but little did they imagine that over 2,000 years later this calendar would still be in use throughout the Western world.

For a really great insight into this historic legend, take our VIP Caesar’s Palace Tour. No, not the one in Las Vegas! But this tour has plenty of thrill and excitement all of its own. We’ll also visit the Colosseum and the Roman Forum for a complete picture of life in Ancient Rome.

8. He was officially declared a god

In 14 A.D., Caesar Augustus died of natural causes near Naples. His body was returned to Rome and as a show of deep respect for the statesman, nearby businesses closed down for the day of his funeral. The impact he had made on the Roman Empire and the life of Roman citizens was clear but did you know that after his death he was also declared a god? Like Julius Caesar before him, the Senate made an official dictate after he died that placed him in the pantheon of Roman gods worshipped throughout the Empire.

Rome wasn’t built in a day. Read about the genius who built some of the city’s most iconic works.

Want to get the most out traveling to Italy? Particularly if you're planning on visiting the...