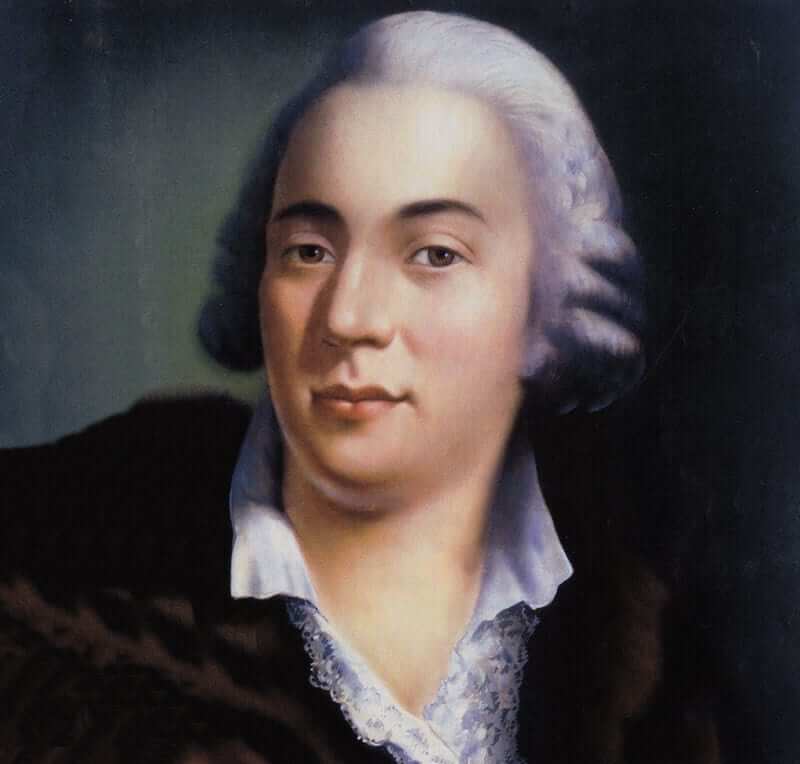 Today, Casanova is best known as one of the most famous lovers in history. But the Venetian was more than a womanizer. He was a scam artist and scofflaw, an alchemist, spy and church cleric. He wrote satires, fought duels, and escaped from prison more than once.

And? Casanova was simply fascinating. In homage to Valentine’s Day, we bring you… the real Casanova. Read on – and prepare to be shocked!

Church to military to music… and womanizing

Born in Venice in 1725, Casanova was a sharp child—so sharp, in fact, that he entered the University of Padua at the age of 12. After graduating, he took up some of the vices that would make him a name Europe-wide. Gambling, for one. Women, for another. Whether it was his wit, his charm, or his style (or maybe just his hair, which he powdered, scented, and curled), they loved him. But it’s said that he really found his passion for them, too, when he had an affair not just with a 16-year-old girl, but with her 14-year-old sister… at the same time. (If that weren’t bad enough, years later, Casanova wound up in bed with one of the two sisters again—and her daughter… who was also his).

At the time, Casanova worked as a church cleric. It didn’t last long. His gambling debts landed him in prison, and after a couple of other false starts in the Church, he had to start over. His new career? As a soldier. “I bought a long sword, and with my handsome cane in hand, a trim hat with a black cockade, with my hair cut in side whiskers and a long false pigtail, I set forth to impress the whole city,” Casanova writes in his memoirs. But, finding military life boring and owing yet still more money from gambling, Casanova quit the military.

Now 21 years old, Casanova became a violinist. There, he caught the eye of a senator—being in the right place at the right time and saving his life certainly helped—who invited Casanova into his house and became his patron. But Casanova ran into trouble again. He fled Venice, escaped to Parma, fell in love, and had his heart broken. He went on a Grand Tour and seduced dozens of women. He became a Freemason, wrote a play, and finally, on 1753, returned to Venice.

And things were just getting started. The Doge’s Palace, where Casanova was imprisoned – imagine trying to break through that roof!

News of Casanova’s escapades – his tawdry affairs with everyone from married women to nuns to virgins, his gambling, his association with Freemasonry – had caught up with him. At 30 years old, Casanova was arrested by the Venice Tribunal, “primarily,” the Tribunal said, for his “public outrages against the holy religion.”

He was imprisoned in “The Leads.” And sentenced to remain there for five years.

The cell, so-nicknamed because of the lead plates covering the roof, was thought to be completely inescapable. Almost pitch-dark, and with such a low ceiling Casanova couldn’t even stand up straight, it was located on the top floor (of five) of the Doge’s Palace. Like the rest of the prisons, it was heavily guarded. Escaping seemed impossible. Escaping and not being seen on the roof of the most famous building in Venice… or not being heard while clattering down the lead tiles? Even more so.

Casanova remained in “The Leads” for 13 months. His patron, Count Bragadin, finally convinced his keepers to move him. And Casanova was heartbroken.

Why? Because he had been thisclose to breaking out. One day, while on a walk that he was allowed to take for exercise in the prison attic, he’d found a piece of black marble and an iron bar; he’d shaped the bar into a sharp chisel against the marble and then started to dig through the wooden floor beneath his bed. He knew his cell was right above the chamber of the Inquisitor—an issue he’d deal with after he escaped. But he never got the chance.

Instead, just three days before he planned to escape, he was moved into his new, larger, and more lit cell. But he didn’t languish in despair for long. It was time for Plan B.

A priest lived in the cell right above Casanova. The priest liked to read, and the jailers were okay if the two educated prisoners exchanged books. Casanova wrote a note, using mulberry juice for ink, and stuck it in the book’s spine. The two started writing back and forth. Casanova told the priest he planned to escape—and asked for his help. All he had to do, he said, was break through his floor into Casanova’s cell. Then Casanova would spirit them both away.

The priest, Balbi, agreed. Casanova sent him the spike he’d made: It was hidden in a Bible, which was carried under a big plate of pasta. After weeks of work, the priest broke through. But there was a new problem. Casanova had a new cellmate…. and he was a spy for the Doge’s Council of 10, something he immediately told Casanova. Ever the trickster, Casanova played on his new cell mate’s extreme faith. It had been revealed to him in a dream, Casanova told the man, that an angel was going to come deliver him from prison. When the two of them heard the priest digging away, that, Casanova said, was the angel.

The man believed him.

Balbi’s cell was right under the roof of the palace, so the two of them pried their way through the lead plates and, using the sheets, blankets, and even his mattress cover that Casanova had cut up and tied together to make “rope,” hoisted themselves onto the roof. But it was much too far to jump. Casanova searched everywhere. Nothing. Finally, after an hour, he saw a dormer window, two-thirds down the roof’s slope. Using his pick, he pried off the grate over the window—and, after a perilous attempt that included Casanova himself almost sliding over the roof to his death, he was able to get both him and the priest inside.

After resting, the pair broke a lock, walked into a palace corridor, and strolled out. They escaped by gondola at sunrise. “Thus,” Casanova wrote, “did God provide me with what I needed for an escape which was to be a wonder if not a miracle. I admit that I am proud of it.”

(By the way, you can actually visit the very cell Casanova escaped from, and learn more about him, on our brand-new, exclusive “VIP Access Secret Passages” tour!).

As much of a close call as his imprisonment was, Casanova didn’t take it as a sign that he should give up the game and retire to something a little more staid.

Instead, he fled to Paris – and pretended to be an alchemist. Every patrician wanted a piece of Casanova. He told them that he was 300 years old, that he could create diamonds from scratch. He caught the eye of a count, who saw through Casanova and decided that—given his ability to say anything with a straight face—he’d make an excellent spy.

One of his missions was to sell state bonds in Amsterdam. He became a wealthy man… and then lost his wealth, particularly by spending it on his many lovers. Between his debts, and his many enemies, he found himself on the lam again.

In 1760, completely penniless, Casanova’s schemes became wilder and wilder. He made up a new personality for himself: He was now the “Chevalier de Seingalt.” He went back to Paris and convinced a noblewoman he could make her a young man, using occult means… if she paid him enough. He traveled to England and scammed his way into an audience with King George III. He met with Catherine the Great, trying to sell her the idea for a Russian lottery scheme. He dueled a colonel in Warsaw over an Italian actress. In 1774, after 18 years of exile, Casanova won the right to return to Venice. Just nine years later, he wrote a vicious satire of Venetian nobility that got him expelled once more.

In his later years, Casanova slowed down—slightly. He became the librarian to Count Joseph Karl von Waldstein in Bohemia, a position Casanova found so lonely and boring he considered suicide. He resisted the temptation, but only in order to record his memoirs.

Venice was seized by Napoleon Bonaparte in 1797. Casanova died the following year. He was 73 years old.

For more on Casanova, read his memoirs or Judith Summers’ salacious book Casanova’s Women or check out our “Secret Passages” tour.

10 responses to “Who Was Casanova?” 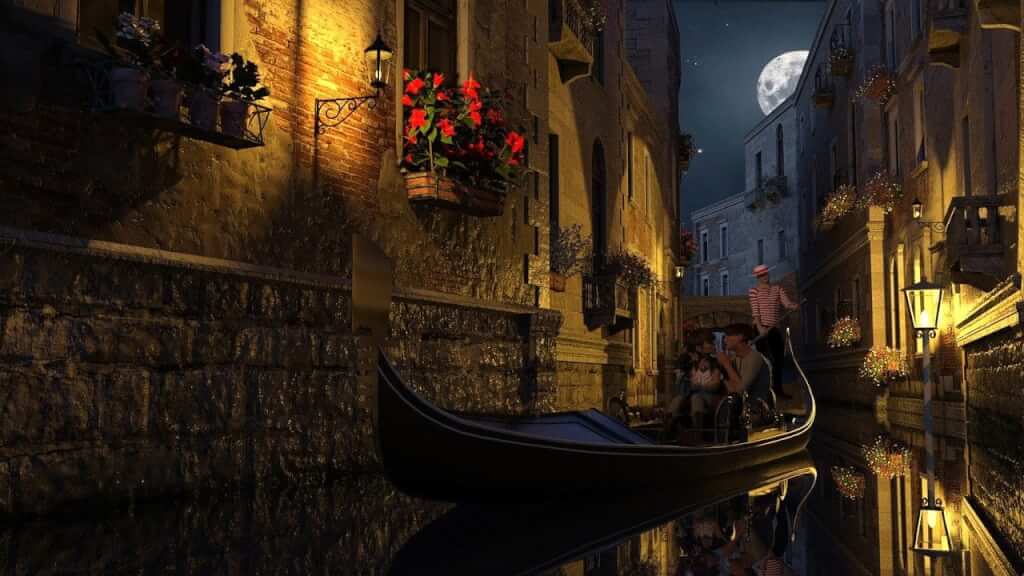 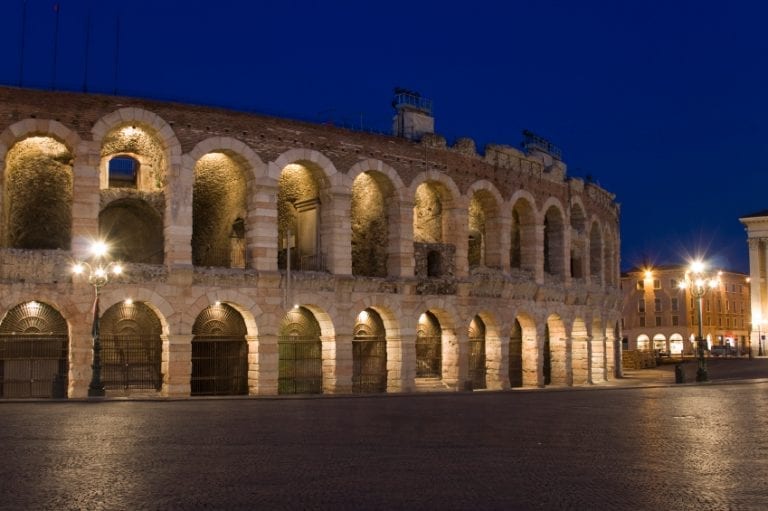 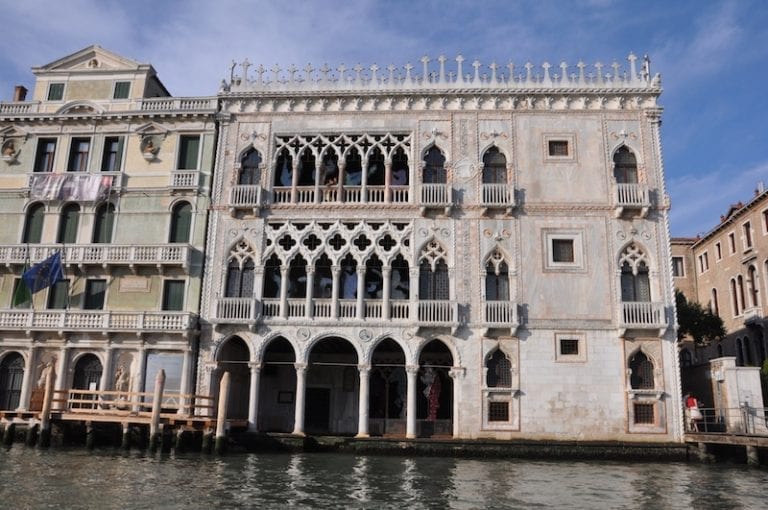