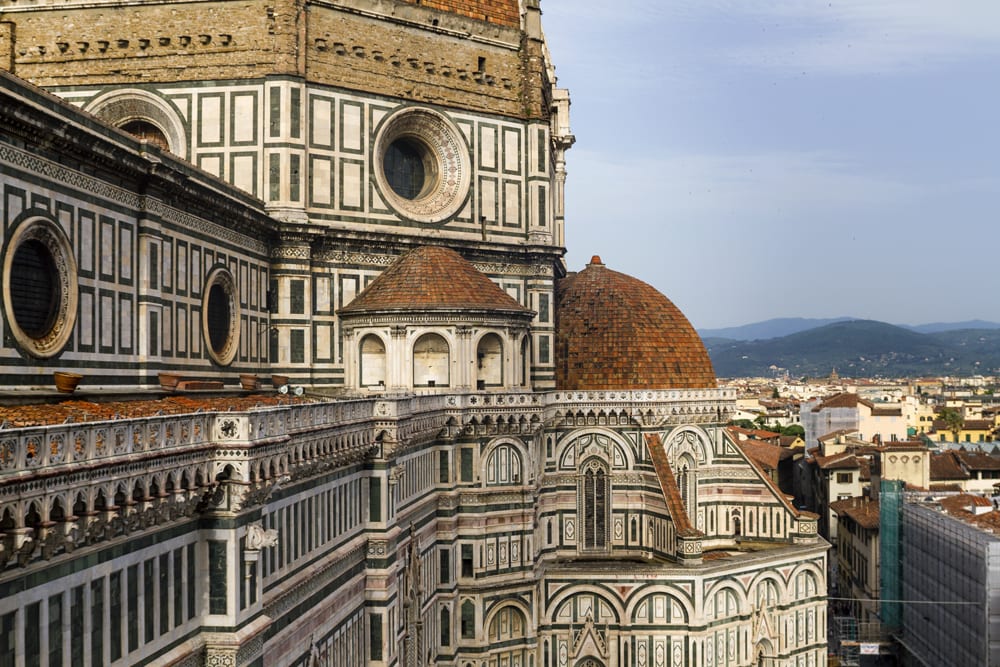 Walks of Italy runs a range of walking tours around Florence and some of the other most beautiful destinations in Italy. Take a moment and check them out, we would love to show you our country!

The Florence Cathedral is among the most iconic buildings in the world and the best things to see in Florence, so you might be surprised to learn that for many years a very important part of it – the original façade – was missing. The medieval façade of the Cattedrale di Santa Maria del Fiore was designed by its first major architect, Arnolfo Di Cambio.

Although he isn’t as well-remembered by the general public as Filippo Brunneleschi, who designed and built the Cathedral’s immense dome, Di Cambio was a titan of the late medieval period and was responsible for much of the architectural foundations of the building.

When he died in 1302 the Cathedral and his stunning façade, featuring works by Donatello, and Nanni Di Banco, were only partially finished. Nearly 300 years later the façade was torn down and replaced, its various parts packed into storage and largely forgotten. 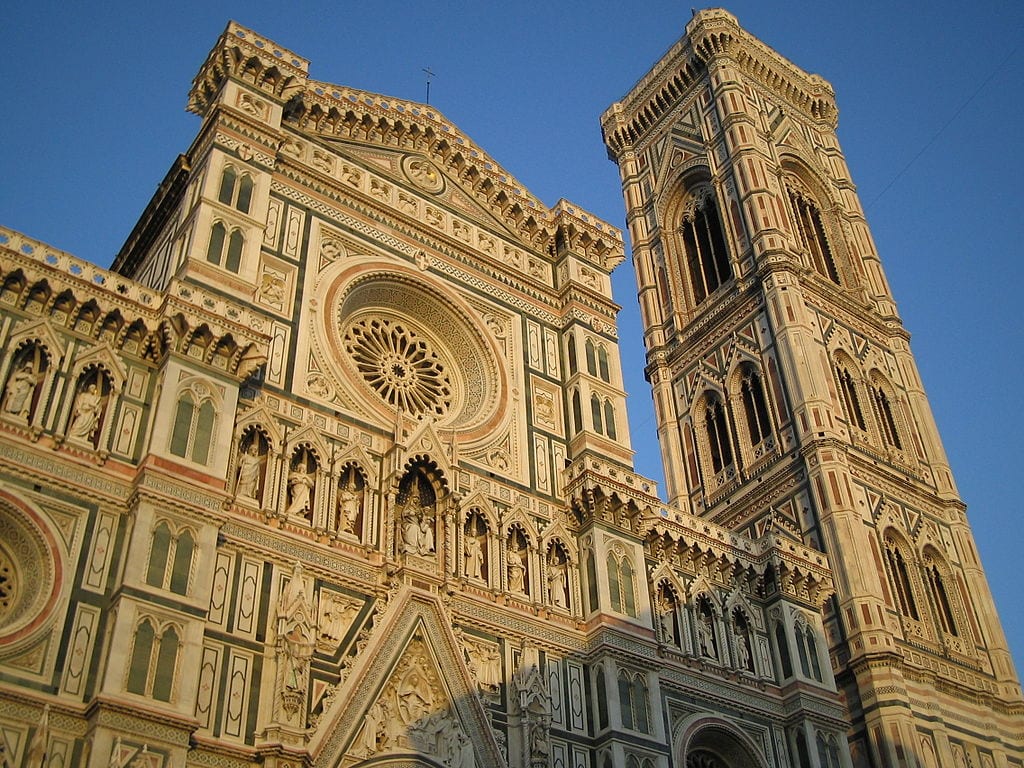 The (relatively) new facade of the Florence Cathedral was completed in 1887 – she doesn’t look her age, does she? Photo courtesy of Wikimedia Commons.

In a masterstroke of archaeological detective work, the curators and artisans of the Florence museum, Il Grande Museo Del Duomo, have reconstructed the original façade and put many of its beautiful sculptures on display. By painstakingly studying a single 16th century drawing by Bernardo Pocetti, artists and researchers rendered a scale model of the lost façade from resin and marble dust.

In the same room they have restored Lorenzo Ghiberti’s “Gates of Heaven” Baptistery doors to their original position vis a vis the facade in order to fully recreate the original vision and iconographic relationship between the Cathedral and Baptistery. 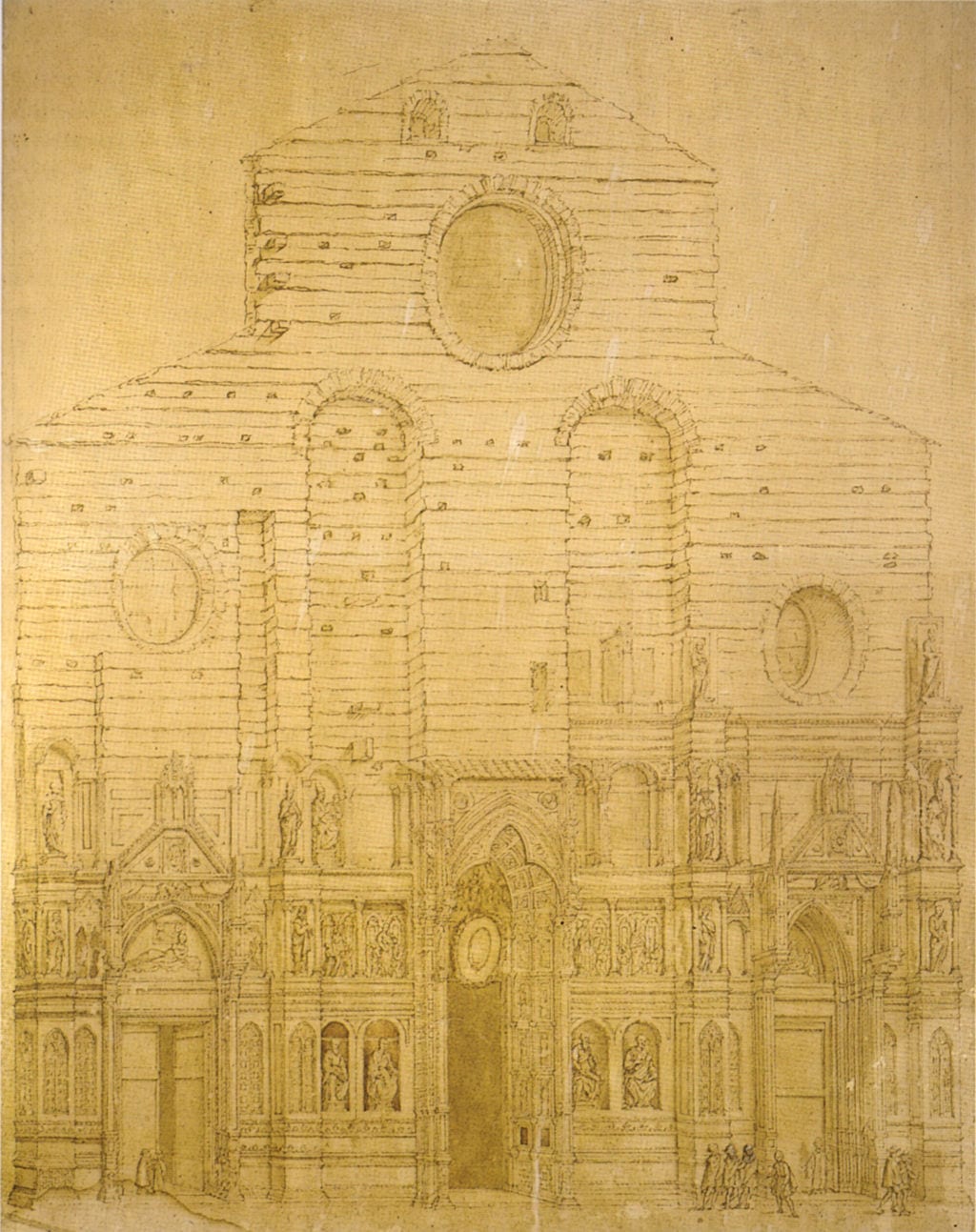 Without Bernarod Pocetti’s 16th-century drawing of the original facade of the cathdral (above) Di Cambio’s ideal would have been lost forever. Photo courtesy of Wikimedia Commons.

The Façade’s unveiling to the public coincides with the re-opening of one of Florence’s most stunning but overlooked museums. The organization behind it, the Opera del Duomo, has overseen construction and refurbishments on the Duomo for over 700 years.

During this time they have collected a horde of Medieval and Renaissance masterpieces like none other on the planet including a Pietá by Michelangelo and those Baptistery doors whose recreations sit in the Piazza del Duomo behind a permanent crowd of selfie-taking tourists. But despite all its incredible art, the museum has long sat semi-forgotten in a corner of the Piazza del Duomo, seemingly under constant refurbishment and mostly overlooked by tourists on the normal Florence museum trail going from the Duomo to the Accademia, and finally the Uffizi.

The problem, museum director Monsignor Timothy Verdon explained in a press conference, was not getting ahold of great art, it was “how to exhibit more than 100 fragments of the cathedral’s lost medieval facade… forty statues, many monumental in scale, and some sixty architectural elements”.

To accommodate this kingly collection the museum has expanded to more than double its old size thanks to the acquisition of an old parking garage. In doing so it has become half gallery, half architectural immersion experience.

The innumerable parts of the old Cathedral reassert themselves in space and time, creating within the blank slate of the museum a sort of shadow cathedral that never was, but could have been if history had just been slightly different. It reminds us that art is, first and foremost, based on ideas and no matter how solid or monolithic the medium, the real genius resides in the mind.

This is one museum you can no longer afford to miss. Find out what to see and how to see it below. 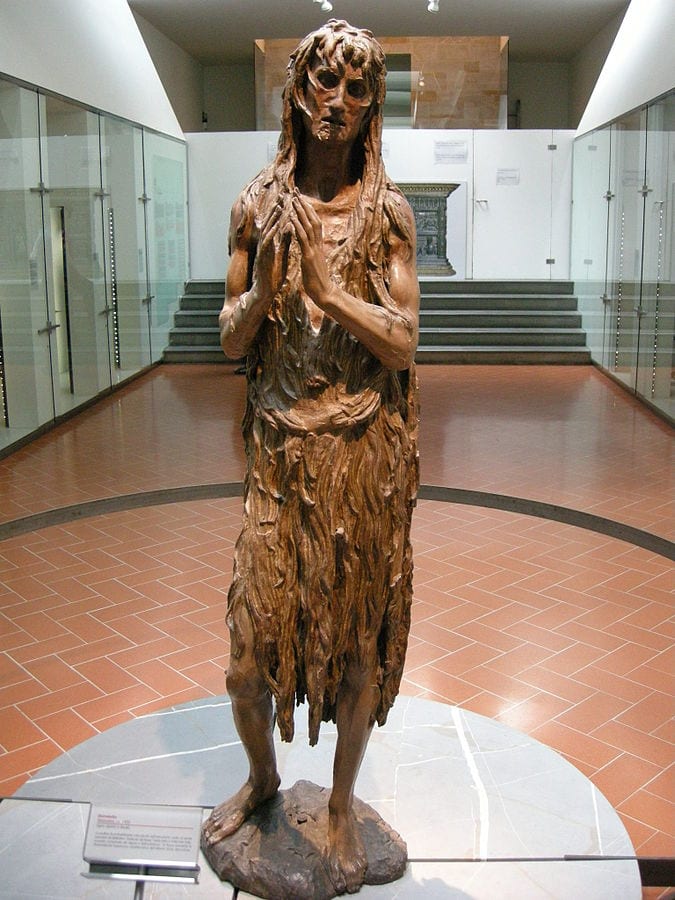 Photo Courtesy of Wikimedia Commons, “Donatello, maria maddalena 02” by I, Sailko. Licensed under CC BY 2.5 via Commons.

For other ideas on what to see in and around Florence don’t miss our blogs about what to do in Florence on a Monday, and the best day trips from Florence.

Il Grande Museo Del Duomo opens seven days a week from 10.15am to 5.00pm and booking is mandatory. Please check the Duomo Museum website for an updated schedule and kindly note that the times of access to the monuments are also subject to changes due to extraordinary events.

One response to “Why You Need To Visit Florence’s Incredible Museum: Il Grande Museo Del Duomo”