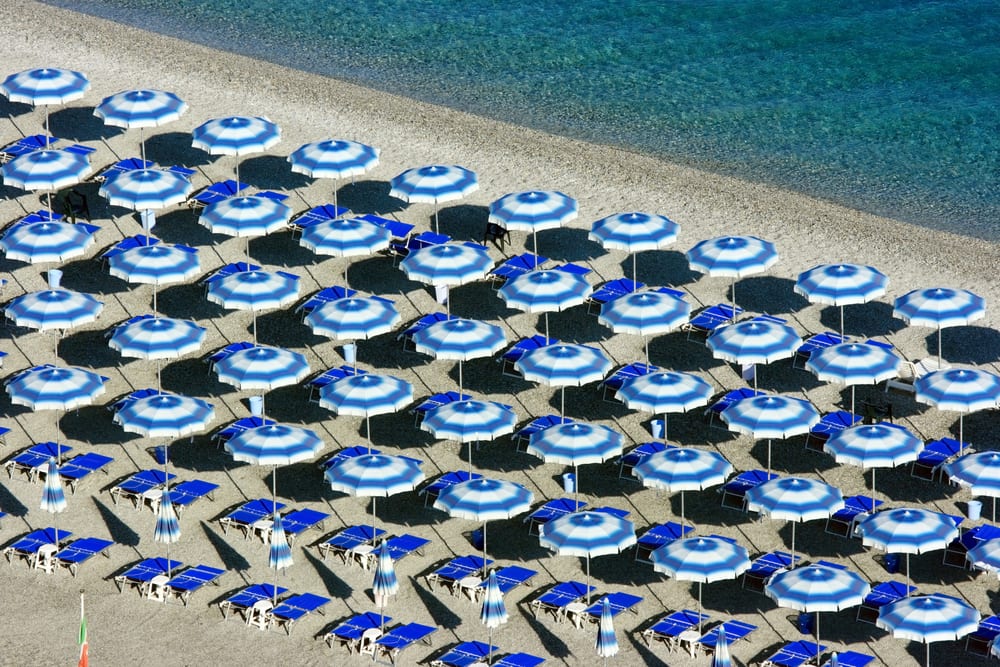 How to Survive the Heat in Italy: 10 Easy Ways to Keep Your Cool

This summer’s high temperatures aside, it’s always hot in Florence, Rome and on south in June, July, August, and September. Also a fact.

So whether you’re traveling to Italy this summer, or thinking about next, here are 10 tips you’ll want to keep in mind.

Make sure your accommodation has air conditioning

For the record, many Italians don’t like air conditioning. They think it’s bad, and even dangerous, for your body to have to rapidly adjust between the heat and the cold. It’s also common knowledge belief that you get a mysterious disease, often involving an ache in the neck or spine, from the cold air whooshing out of it.

So yes, you could go the “cultural immersion” route of toughing out high temperatures… even in your sleep. But you probably don’t want to.

In that case, double-check that your accommodation has air conditioning. Almost all hotels will. But other types of accommodation, most notably apartment rentals, may not. If it’s not clearly listed as an amenity in the description, then make sure to ask. 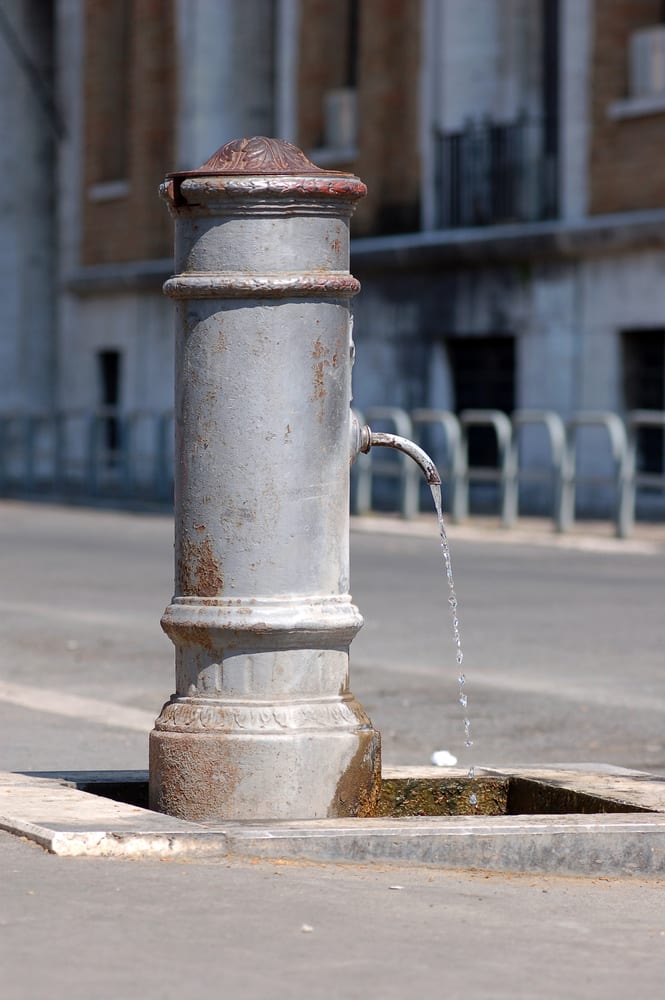 One of the many nasoni, or fountains, in Rome

Italy’s tap water is clean and safe. (The water in Rome, which comes from the mountains outside the city, is particularly tasty). And there are fountains all over the major cities that are safe to drink from; only very occasionally will one say “non potabile,” or “not potable.” So make use of them. If you bought a bottle of water from a cafe, refill it at a fountain when you’re done. It’s way better for the environment—and easier on your wallet—than constantly buying new bottles.

Dress comfortably for the heat—but (always!) appropriately for churches

Yes, you’ll want to enter St. Peter’s Basilica and the Florence Duomo. But even on days when you haven’t planned to visit a church, make sure you’re either dressed appropriately (i.e. shoulders and knees covered), or at least have something you can throw on (like a light shawl).

Why? First, because Italy’s churches aren’t just holy sights; they’re gems filled with beautiful art, fascinating relics, even Roman ruins. Second, because churches are cool. Even though they’re not air-conditioned, those soaring ceilings, marble walls, empty space, and darkness do something magical to the interior temperature. And why pass that up just because you were wearing a spaghetti-strapped top?

Having a big, heavy thing stuck to your back makes you, obviously, hotter. And unless you’re hiking in the mountains, or bringing along a professional camera and a set of three lenses, or have a baby or young children and need on-the-go supplies, there really isn’t much reason to use one.

It’s rarely a good idea to try to pack everything into your Italy trip. It’s never relaxing, and in Italy especially, it’s almost like asking for something to go wrong! But that’s even more important to keep in mind in the heat of the summer. You’ll probably be moving more slowly than you would otherwise, and it’ll be even more important for both your sanity, and your health, to rest as often as possible. Embrace it. One way to escape the heat: Head underground

Churches are often cooler than the outdoors. So are underground ruins and sights (like the catacombs in Rome). Up on hilltops, like at Piazzale Michelangelo in Florence or the Janiculum in Rome, you can often get both a gorgeous view and a nice, cool breeze.

Know that most museums will be hot and crowded

Sad but true: Many of Italy’s major museums, including the Vatican museums (aside from the Sistine Chapel and a couple of other rooms) and Uffizi Gallery, don’t have air conditioning. Other museums, including the Capitoline Museums and Borghese Gallery in Rome, do have air conditioning, but the spaces are so large, and the rooms get so crowded, it makes little difference. So when going to museums, try to avoid both the crowds and the heat: either go first thing in the morning (like on our Pristine Sistine experience), or at the end of the day or evening (the Vatican museums are open every Friday this summer from 7pm to 11pm, which must be booked in advance).

Don’t be fooled by restaurants with misters

In the summer, lots of restaurants in Rome attract tourists by turning on misters near their outdoor tables. When you walk past, it feels delicious, so you stop. The problem? First of all, that mist is directed outward from the tables. While it might help lower the temperature where the diners actually are, it’s not by much—it’s more to make you, the passersby, stop in your tracks. Second, we’ve yet to see this schtick used at any restaurant where the food is any good. You have been warned.

Go easy on the wine…

We definitely think that enjoying food and wine in Italy is one of the major perks of visiting the country. That said, keep in mind that alcohol dehydrates you, and that if you’re already dehydrated (as is likely if you’ve been sightseeing all day), it’ll go to your head even more quickly. And make you feel worse the next day.

…and go for granita instead

It’s definitely the best way to cool off. Just check out our tour guide and Walks Traveler, Simona, as she experiences this cool Italian treat

But repeat after me: No matter what, you will be hot

Italy’s cities and sights are best explored on foot. And sometimes, like for the Vatican museums or the Roman forum, walking is the only option. We think that’s a lovely aspect of Italy—but even we know that, if you’re talking about temperatures in the 90s, that can be a little uncomfortable, too.

So, even if you’ve done, or are planning on doing, everything else on this list, mentally prepare now for the fact that you will sweat. No, it’s not ideal. (Unless you’re one of those people who really loves the heat). But you probably chose to come this time of year for a reason, so do your best to make the most of it. After all… you’re in Italy!