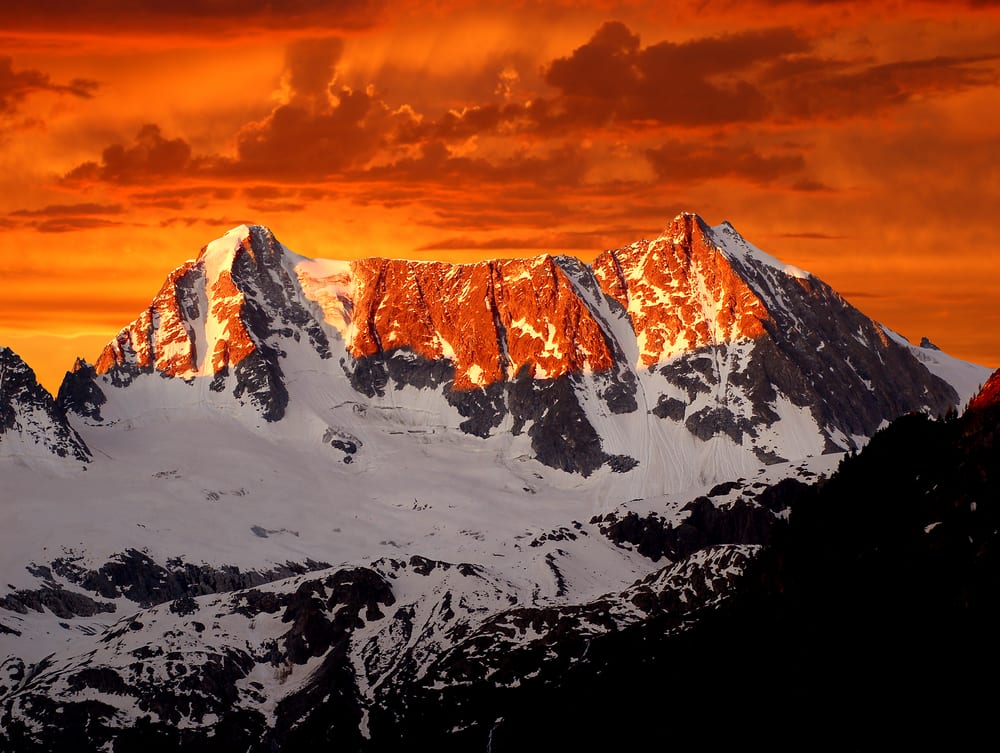 3 Winter Wonderlands Worth Visiting in Italy

Few places are more magical than Italy in winter. In the south, the coastline remains beautiful, the temperatures relatively mild. In Rome, Florence and Venice, crowds are few (except for Venice during Carnevale, of course!), making it the perfect time to visit the Sistine Chapel or Uffizi in relative tranquillity.

Some places in Italy, though, are built for the snow. And when winter rolls around? They’re simply… wonderful!,

Here, our picks for three favorite winter wonderlands in Italy. Sunrise over the glacier of Presanella—at 11,673 feet, the highest peak in Trentino!

Ask any skier where they’d like to go in Italy, and their answer is likely to be immediate: the Dolomites. Since the mountain range has some tough competition in a country also known for the Appenines and the Alps, that means it must be pretty special.

And it is. First, the Dolomites, which run through the provinces of Belluno, South Tyrol and Trentino in Italy’s northeast, are breathtaking. Made of dolomite rock, they turn pink in the late afternoon, an unusual effect (known to Italians as enrosadira) that enchants even flatland-lovers. Second, they have some of Europe’s best skiing, including at the world-famous resort Cortina d’Ampezzo. And third, they have a fascinating hybrid culture, one as much Austrian and “Tyrolean” as it is Italian, that makes it all-but-impossible for songs from The Sound of Music not to run through any visitor’s head. (One strange effect of the area’s history: Most of the locals speak not Italian, but German!).

Along with skiing, the Dolomites boast tons of opportunities for hiking, climbing, and snow-shoeing. Not to mention for snuggling up over schnapps in a Tyrolean-style bar.

Turin: activities for all interests at the foothills of the Alps Turin on a winter’s night: lit-up and lovely

Turin (or, as Italians call it, “Torino”) is one of the most cultured cities in Italy—and the perfect place to while away the winter hours, whether in its world-class museums, theaters, shops, or cafés.

In Turin, there’s an activity for everyone. A car-lover? A major center of the Italian auto industry, Turin also has the Museo dell’Automobile, with everything from one of the first FIATs to the Isotta Franchini from Sunset Boulevard on display. Film fan? Don’t miss the Museo Nazionale del Cinema, with movie memorabilie from Marilyn Monroe’s bustier to Peter O’Toole’s robe from Lawrence of Arabia. Enjoy art? Opportunities abound, from the Impressionist works (Renoir, Manet, and Matisse, oh my!) at the Pinacoteca Giovanni e Marella Agnelli to works by Klee and Dix at the Galleria Civica d’Arte Moderna e Con­temporanea to the Old Masters (hello, Rembrandt and Tintoretto) at the Galleria Sabauda.

Then there are the opulent interiors of Turin’s many palaces (the city was the official residence of the royal House of Savoy), its fame as the location of the Holy Shroud, and its renowned Teatro Regio, an 18th-century opera house that debuted Puccini’s “La bohéme.” (Opera season is winter and early spring, of course, so for that, you’re especially here at the right time!). Snow on the Roman ruins in Aosta

This little-known (and little!) region in Italy’s northwest, tucked between Switzerland, France, and Piedmont, is beautiful in the summer. But in the winter, it’s definitely a wonderland.

With a culture (and a cuisine) that’s equal parts French, Swiss, and Italian, the area’s most striking feature is its mountains. The two highest peaks in the entire Alps are located here, both clocking in at more than 15,000 feet. Every children’s-book illustration you’ve ever seen of snow-capped mountains towering over idyllic, church-topped villages comes true in the Valle d’Aosta.

But that’s not all there is to the region. Since Emperor Augustus founded its main town, Aosta, 2,000 years ago, the region also features numerous ancient Roman ruins, some fairly spectacular. Medieval castles are thick on the ground, too. And, lest we forget, the skiing is top (here’s where Cervinia/Zermatt and Courmayeur/Mont Blanc are located, among other resorts).