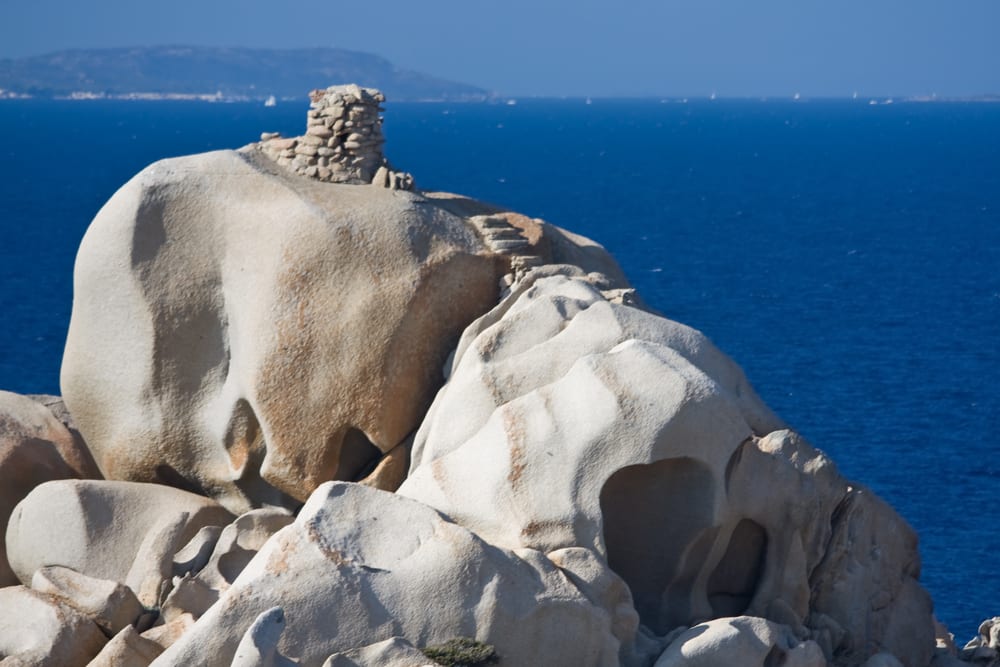 At Walks of Italy we have a passion for history that we like share with anyone who is traveling, or interested in traveling to Italy. If you like our guides, take a look at our expert guided tours, we’d love to show you the history and culture of Italy in person.

The archaeological sites in Pompeii and Rome are fascinating—but they’re hardly the oldest ancient ruins in Italy. If you want to learn more about Pompeii, read our guide to visiting Pompeii, but If you want to see some ruins that are really old (we’re talking all the way back to the 8th millennium B.C.), fascinating, and off the beaten path, this is your list. Here are 5 of our favorite prehistoric sites in Italy!

1. The “Prehistoric Pompeii” of the Avellino eruption 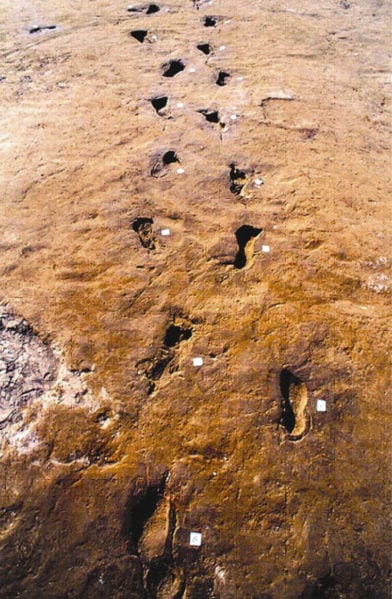 Footprints from the Avellino eruption

Some 2,000 years before Pompeii was destroyed, Mt. Vesuvius blew its top in a catastrophe dubbed the Avellino Eruption. Despite the different name, it had similar consequences for nearby towns as it would in 79 A.D.

One Bronze Age village, Nola, at Croce del Papa in Campania, was “frozen in time,” complete with huts, pottery, and footprints of fleeing inhabitants. Even furniture was preserved. This unprecedented find was one of the most important for Bronze Age archaeology in the world!

Unfortunately, the prehistoric village of Nola is currently closed because of water damage—but stay tuned to find out when it might reopen. 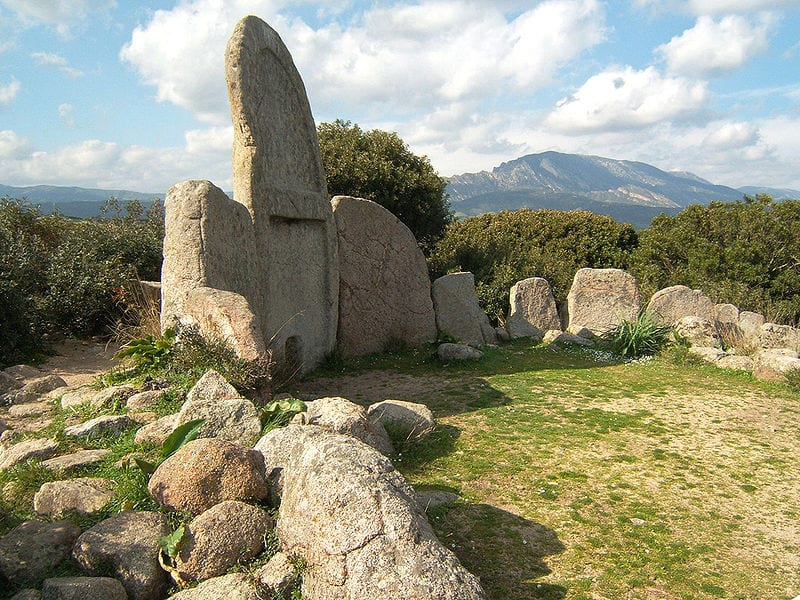 The “giants’ graves” of Sardinia

There’s more to visiting Sardinia than sun and sand (Although Sardinia does have one of the best beaches in Italy. The Nuragic civilization reigned here from about the 18th century B.C. all the way up to the 2nd century A.D. And, not surprisingly, they left a mark! One of our favorites are the “Giants’ Graves”—monumental tombs—that date all the way back to the Bronze Age. So far, 321 have been found across the island! You don’t need to see all them, but one or two should be one your list of what to do in Sardinia.

3. The Stone carvings of Val Camonica 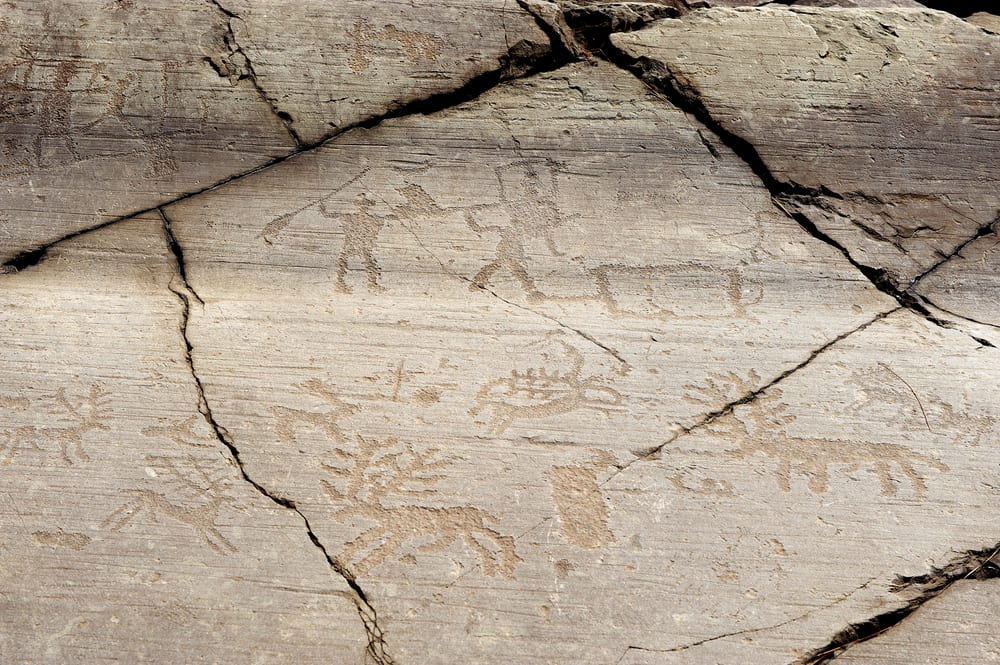 The stone carvings of Val Camonica

If you’re going to be near northern Italy’s Lake Como or Lake Garda, then don’t miss Val Camonica, one of the largest valleys in the Italian Alps. This valley is home to not only medieval villages and imposing castles, but also to the largest collection of prehistoric stone carvings in all of Europe, with more than 300,000 pieces. The earliest of the carvings date back to the 8th millennium B.C., or the Mesolithic period! The collection is so important, it actually was the first UNESCO-recognized World Heritage site in Italy. For further info on the region, check out our guide to Lake Garda.

As well as the Giants’ graves (and as well as temples, sacred pits, and other fascinating remnants), the people of the Nuragic civilization left behind these mysterious structures. We call them nuraghi, or nuraghe if there is only one, but we don’t know what they were for: Dwelling? Temple? Fortification?

What makes the mystery even more compelling is that there are so many nuraghi on such a small Island. Just a few shy of 7,000, in fact still stand like forgotten sentinels on the mediterranean landscape, guarding over a culture long disappeared. 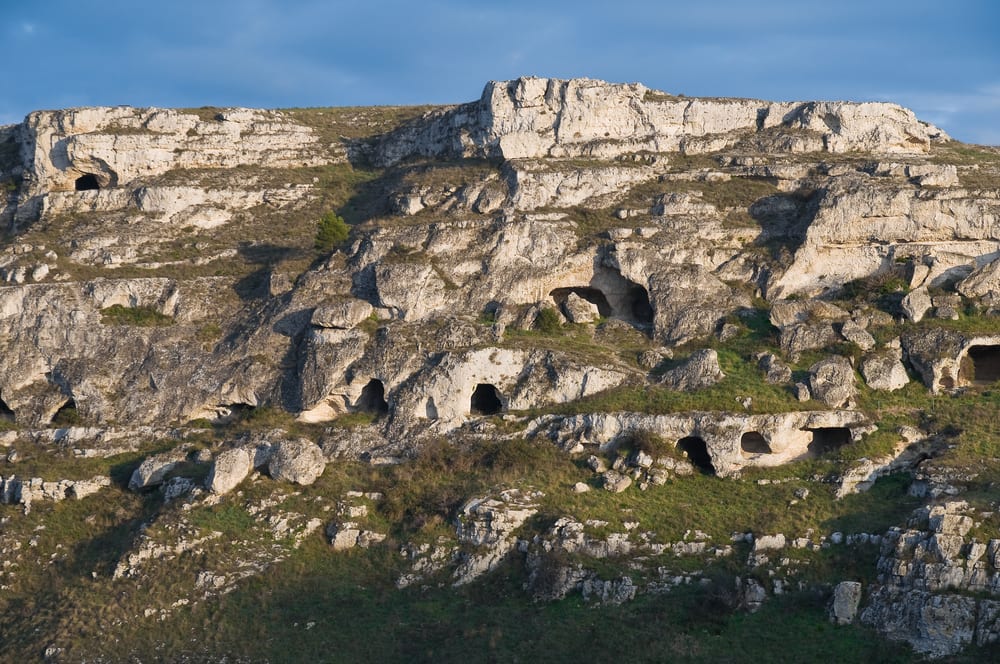 The hauntingly beautiful settlement of Matera, located in the southern region of Basilicata, is home to one of the first human settlements in Italy. As early as the 13th century B.C., Paleolithic settlers carved cave-dwellings out of the rocks. But what makes it perhaps the most unique of Italy’s early settlements is that more than 3,000 years later, people continue to live in these Sassi di Matera. Matera is also a must-see for its many other buildings carved from the stone, including, most famously, its frescoed churches. If you want to go, read our 7 tips for visiting Matera first.