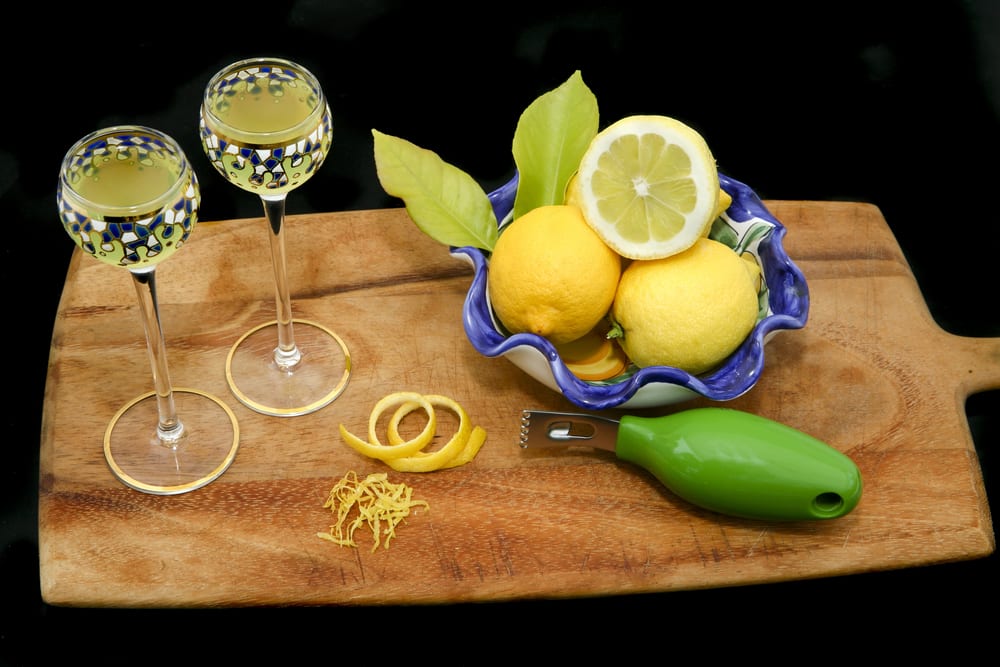 Limoncello, Italy’s Famous Lemon Liqueur: Why and Where to Try It

One of the most famous digestivi, or after-dinner drinks, in Italy, limoncello is also the pride and joy of Italy’s Campania and Liguria regions. And with reason. If you’ve ever had a sip of this sweet, almost fluorescent-yellow liqueur (perhaps poured for you as a sign of thanks after a dinner in Italy?), you know that it’s not like any other digestivo. Limoncello: one Italian digestivo you must try!

Digestivi (or “digestifs”), taken at the end of the meal to, ostensibly, soothe the stomach, have a long history. The ancient Romans infused wine with herbs, believing that such a drink had medical, even supernatural, powers; Hippocrates indulged in bitter post-dinner drinks as a way to assist his digestion. In the Middle Ages, monks grew herbs and came up with concoctions that they thought could stave off disease — hence a phrase still applied to many digestivo labels, “anti-colerici,” meaning the drink can “prevent cholera.”

But it wasn’t until the 19th century that such drinks became commercialized. This started in 1815, when a 24-year-old wine merchant in Milan concocted a liqueur with 33 different herbal ingredients, including rhubarb, orange peel, quinine, rose petals, and peppermint. He dubbed his amaro, which means “bitter” in Italian, the Amaro Festina Ramazzotti. It quickly made its way into the many cafes and salons opening up across Milan as prime places for a tipple. And it’s still one of the most popular digestivi in Italy today.

As eyebrow-raising as the “medicinal properties” of digestivi might sound, though, Italians and visitors alike swear that they’re true. And we can affirm: After a heavy meal, nothing quite takes the edge off of that “I ate way too much!” feeling as a shot-sized glass of grappa or amaro.

For the first-time visitor, though, many traditional digestivi can be a little hard to swallow. (Literally!). At 20 to 40 percent alcohol content, they’re definitely strong. As if that weren’t enough of a “kick,” any, like Milan’s traditional amaro, are on the bitter and herbal side. That they’re an “acquired taste”… well, sometimes that’s an understatement. The Cinque Terre, where you can find some of Italy’s best limoncello

That’s where limoncello comes in.

Generally lighter than its counterparts, limoncello isn’t sour or bitter. It’s tangy and refreshing. It’s also balanced between acidity and sweetness; while the best limoncellos don’t burn your throat, neither are they sickly sweet. For those who want to try out the digestivo tradition but can’t quite stomach sambuca’s strong anise or amaro’s bitterness, limoncello can be a tasty alternative.

Nobody can be sure where, or when, limoncello was invented. Like other liqueurs, it’s likely that it was first concocted by convents or monasteries. And both Campania (particularly the Amalfi coast, Sorrento and Capri), and Liguria (home of the Cinque Terre), claim it as their own.

We know, we know, this says “don’t touch” (oops!). But just look at the size of these lemons in Amalfi!

Wherever it began, the making of it is fairly simple; it just requires fantastic, fresh lemons with thick, hearty skins. These aren’t the kinds of lemons you would get at your grocery store at home, but grapefruit-sized lemons with inch-thick skins that thrive in Italy’s sun-soaked climate. (Check out the photo at right if you don’t believe us!).

On one of our recent trips to the Cinque Terre, we picked lemons at an agriturismo while the owner explained to us how to turn them into limoncello. The traditional recipe, she said, is to take lemon rinds and infuse them with 95-percent alcohol. Leave the infusion for eight days, strain the zest, boil (lots of) sugar in water to make syrup, and stir in the alcoholic mixture; bottle it and let it stand for several days or weeks before serving.

Sounds simple. But the result? Oh, so good. So, particularly if you’re in the Cinque Terre or Amalfi coast, don’t miss trying a tipple of limoncello! Better yet, get yourself to a limoncello “factory.” They’re scattered all over Sorrento, Amalfi and the Cinque Terre, and that’s where you can not only watch the concoction be made… but sample it, for free, yourself.

20 responses to “Limoncello, Italy’s Famous Lemon Liqueur: Why and Where to Try It”