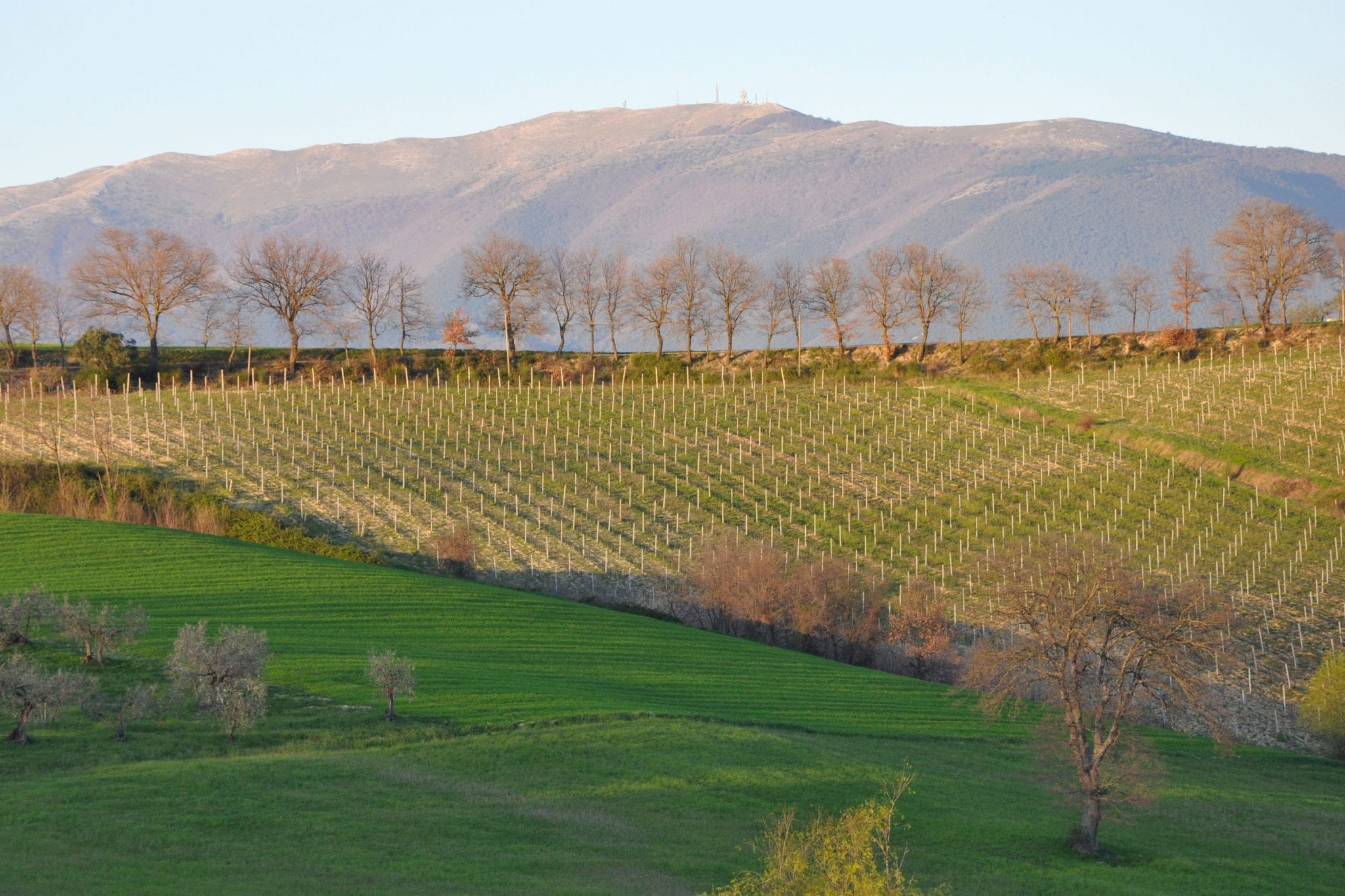 What Is… An Agriturismo?

For a long time, agriturismi (loosely, Italian “farm-stays”) have been Italy’s best-kept accommodation secret. At least, until now. Even the well-heeled Travel + Leisure recently got in on the game, calling agriturismi Italy’s “best affordable spots” and listing seven of the best.

But what, exactly, is an agriturismo? Well, yes — it’s a “farm-stay.” But it’s also much, much more… and, we think, the best way to experience Italy’s countryside! Here’s why — plus three myths, and one often-forgotten truth, about Italy’s farm-stays.

Typically, an agriturismo is an independently-owned farm that the owners have decided to use partially — although usually only partially — for accommodation purposes. That means that, 90 percent of the time, you can expect that the owners of your “hotel” are, primarily, farmers. (Or people who have someone else farm for them). Your room is in the farm’s house, or an annex built nearby.

Unsurprisingly, the whole thing tends to feel rather informal: There’s rarely a reception area (or even other guests), you’re woken up by roosters, and you can often call just a couple of days in advance and still be accommodated. 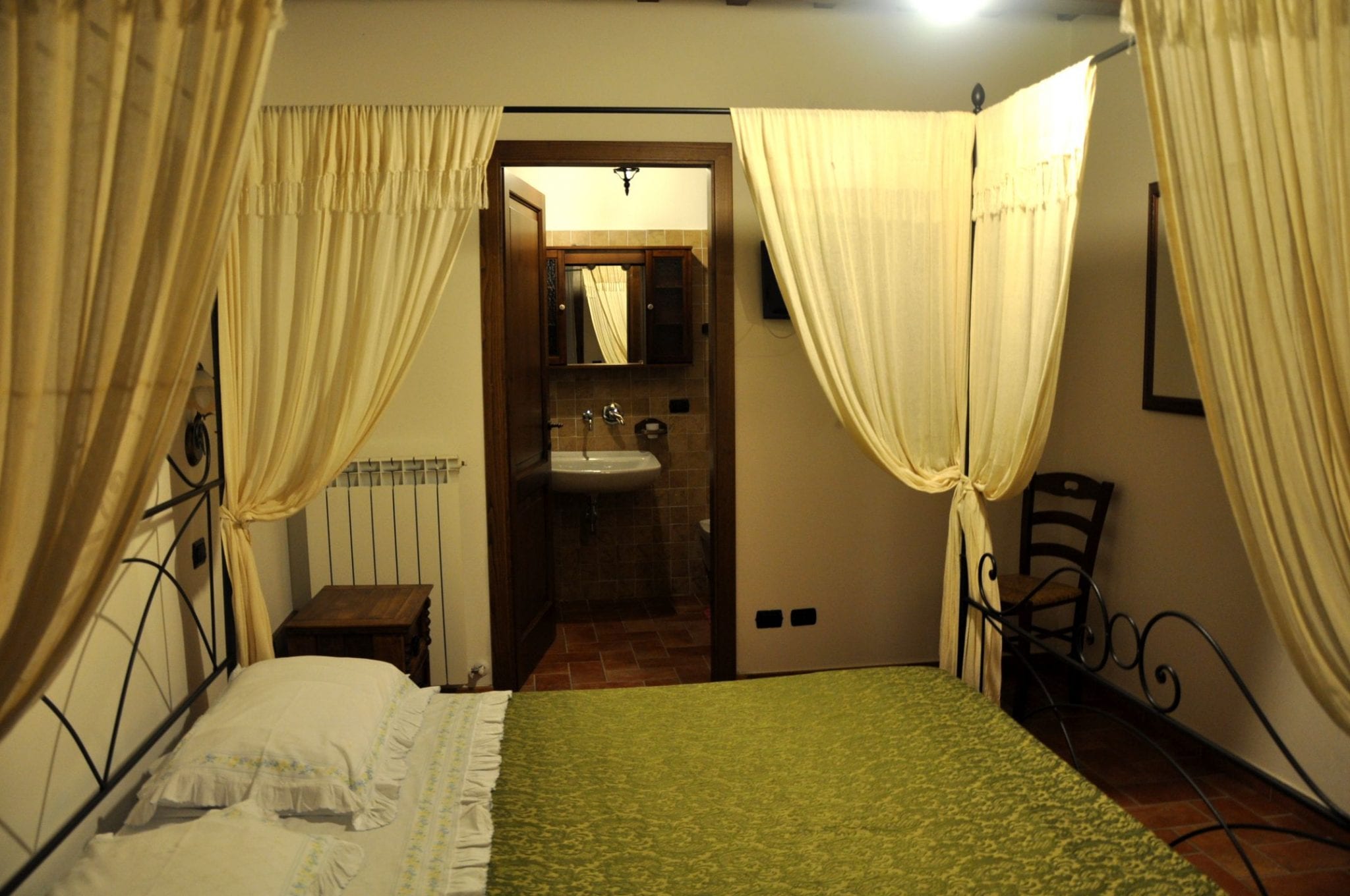 Rooms also completely range, from large, independently-built mini-apartments to cozy, basic rooms in the bigger house. It’s important to note, though, that in our extensive agriturismi experience, we’ve yet to be experience a room that was unclean or too expensive for what it was.

One of the best parts of staying in a traditional agriturismo? The food. At most farm-stays, your 30 to 50 euros per person gets you a full dinner and breakfast — made from the produce, eggs, meat, and often wine and olive oil that’s fresh off the farm. (Probably even from those chickens that woke you up that morning). And, since many of Italy’s best food traditions aren’t found in swanky restaurants, but in nonna’s house in the countryside, there’s often no better dining than at an agriturismo. 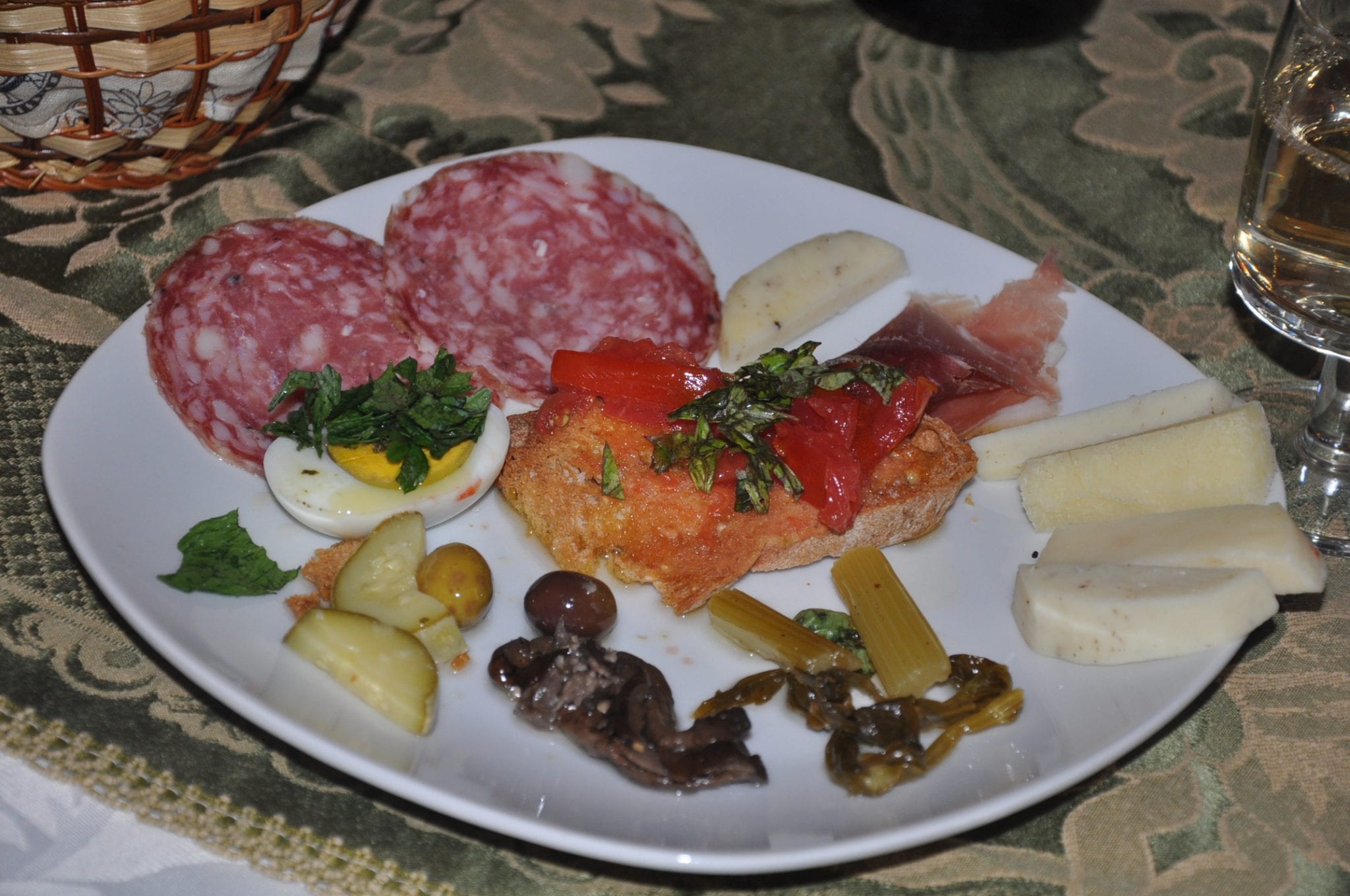 One of the best things about an agriturismo is… the food!

Other bonuses, for us, include that agriturismi are, of course, in Italy’s gorgeous countryside, and they’re really everywhere. (Don’t believe us? Just go to Google maps for Italy and type in “agriturismo”). So whether you want to see Tuscany’s rolling vineyards or Le Marche’s rocky hills, there’s an agriturismo out there that will let you wake up, roll out of bed… and see exactly that. Probably with flowers, animals and complete solitude, too.

That’s not to mention the fact that one of the best ways to experience Italy is to get to know its people. And what better way to break the ice than to actually be staying at someone’s own farm?

So, if it’s not clear already, we love agriturismi! And we can’t imagine better accommodation value for the money. Compared to spending 225 euros for a standard hotel room and dinner for two in Florence, you could spend 100 and stay in the Tuscan hills, with incredible food to boot.

Despite how great they are, though, some myths about agriturismi still abound. Here, three stereotypes of agriturismi that aren’t really the case — and one truth that not many people think about.

Want this view from your “hotel room”? Then stay at an agriturismo!

Myth #1: You have to stay for at least a week to experience an agriturismo.

Nope! While some farm-stays have a minimum three-nights’ (or more) stay, we’ve found that the vast majority allow you to stay for just one night. Just make sure you call at least a couple of days ahead so they can make the necessary arrangements.

Myth #2: Staying at a family’s farm isn’t good if, say, you’re on a romantic holiday and want some privacy.

We don’t agree. At most of the farm-stays we’ve been at, the owners have been super-friendly and accommodating — but completely unintrusive. As for the idea that everyone sits and has dinner together, well, for better or for worse, we’ve only ever experienced that once in Italy — at a farm-stay that was run by a German-French couple. If privacy is what you want, you can find it as easily at an agriturismo in the countryside as at a 5-star hotel where you have breakfast in a room with 60 other guests and where you have to put a “Do Not Disturb” sign on the door just to keep strangers from entering your room!

Myth #3: If you’re looking for high-end amenities, a farm-stay’s not for you. 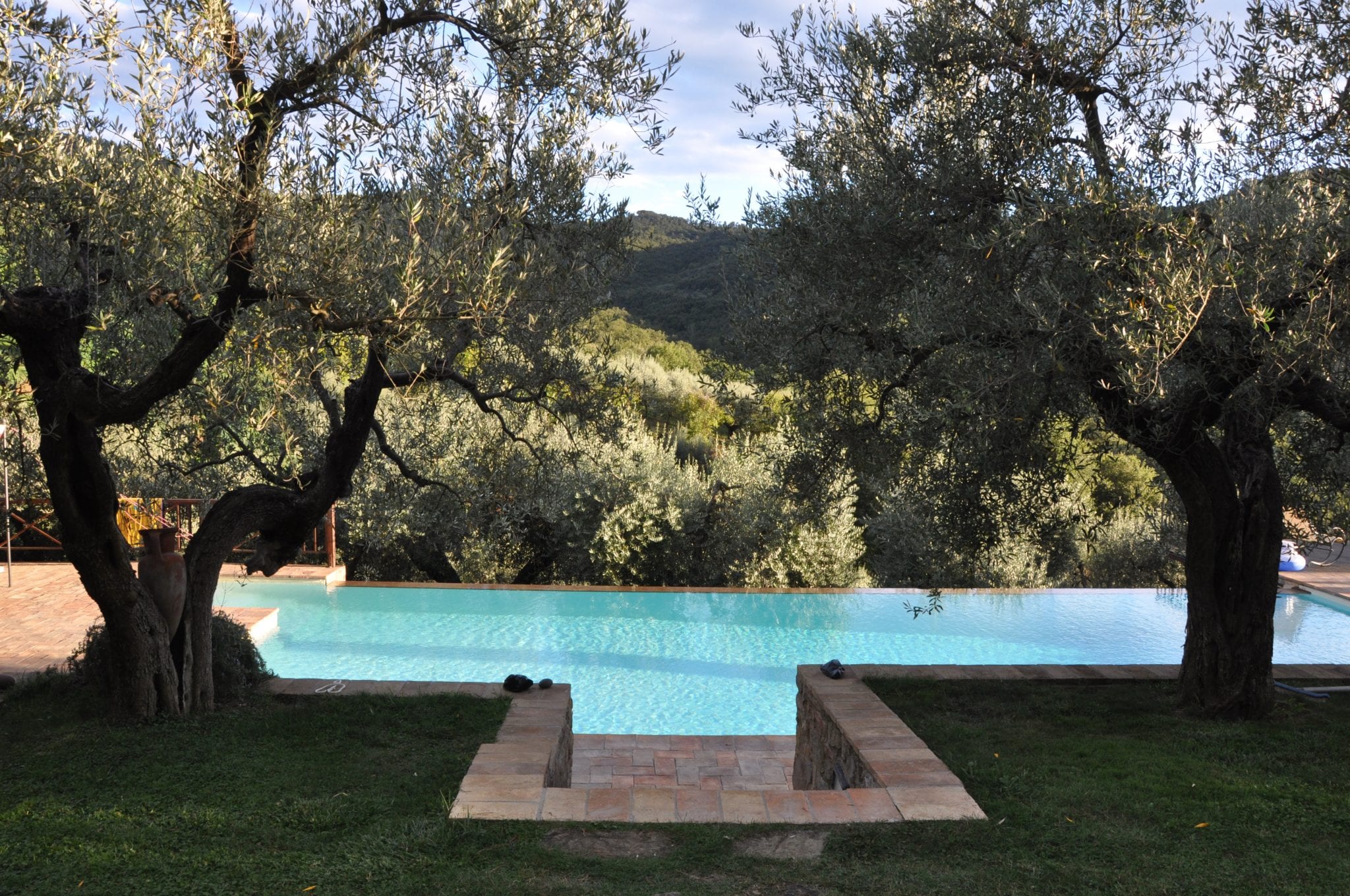 How about a swimming pool for luxury? At Il Fontanaro, a “luxe” agriturismo in Umbria

Generally, yes. If you’re the kind of person who relies on a concierge, a complete room cleaning every day, and other amenities (impeccable air-conditioning, television, or shower and bathtub), then your average agriturismo, or at least one you haven’t researched extensively, might not be for you.

However, a new type of agriturismo has started popping up across Italy: luxury farm-stays. We’re talking about places like Il Fontanaro, one of our favorite retreats in Italy, where you’re on an organic Umbrian farm… but also where guests’ cottages are some 540 square feet and have Wi-Fi, satellite television, king-sized beds, and modern bathrooms. 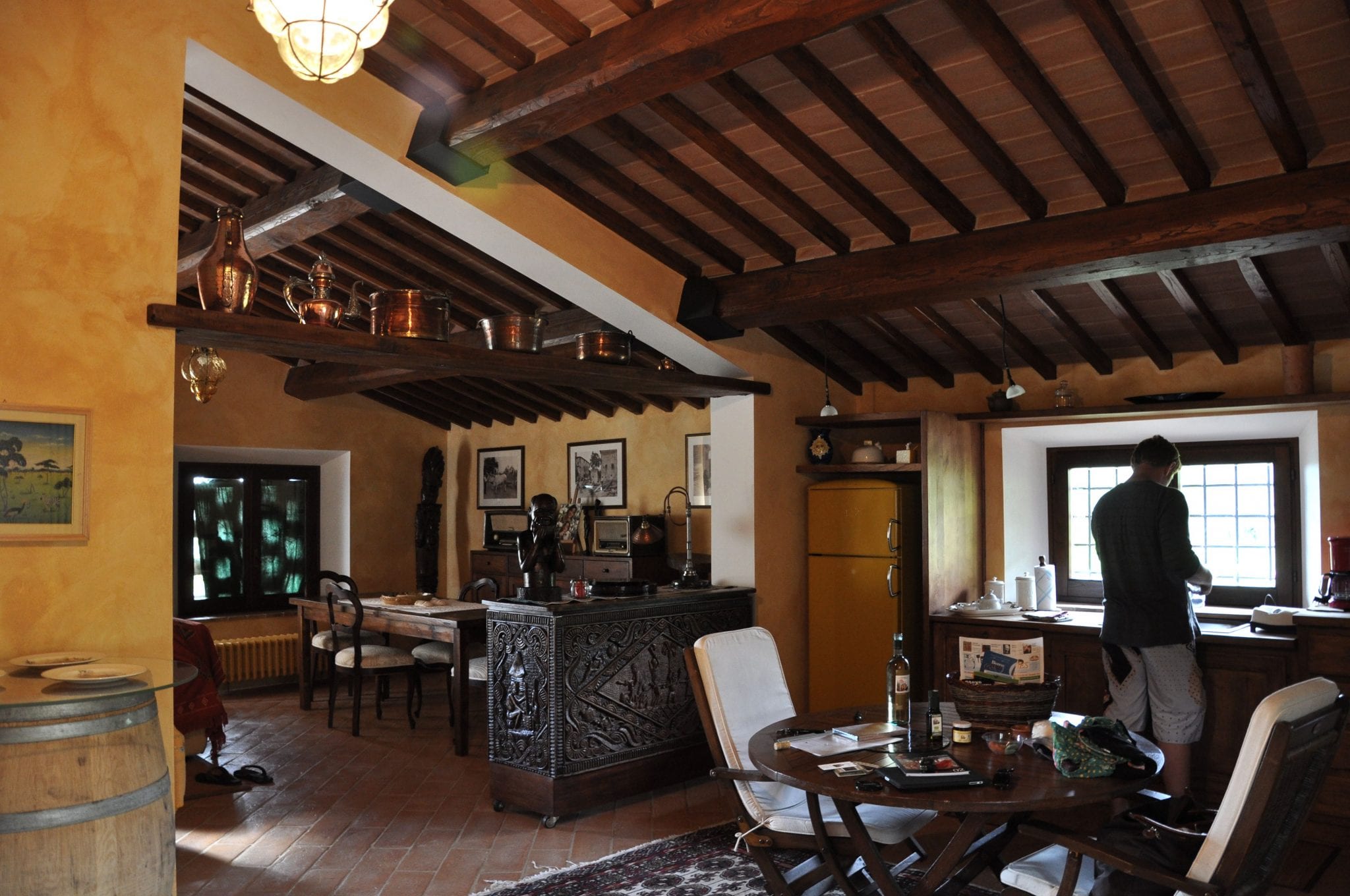 Is luxe what you’re looking for? How about this cottage all to yourself? At Il Fontanaro, Italy

Not to mention, when you’re relaxing over a glass of local wine and watching the sun set over the Tuscan hills, we doubt you can feel anything but in the lap of luxury —  concierge or no concierge.

And one often-overlooked truth:

Getting to agriturismi can be tough! Since they’re in the countryside, very, very few are connected by train or bus. And while some kind agriturismi owners will pick you up from a station, if it’s even nearby, without a car, you’re then stranded there for the length of your stay. (On second thought, maybe that’s not a bad thing…). 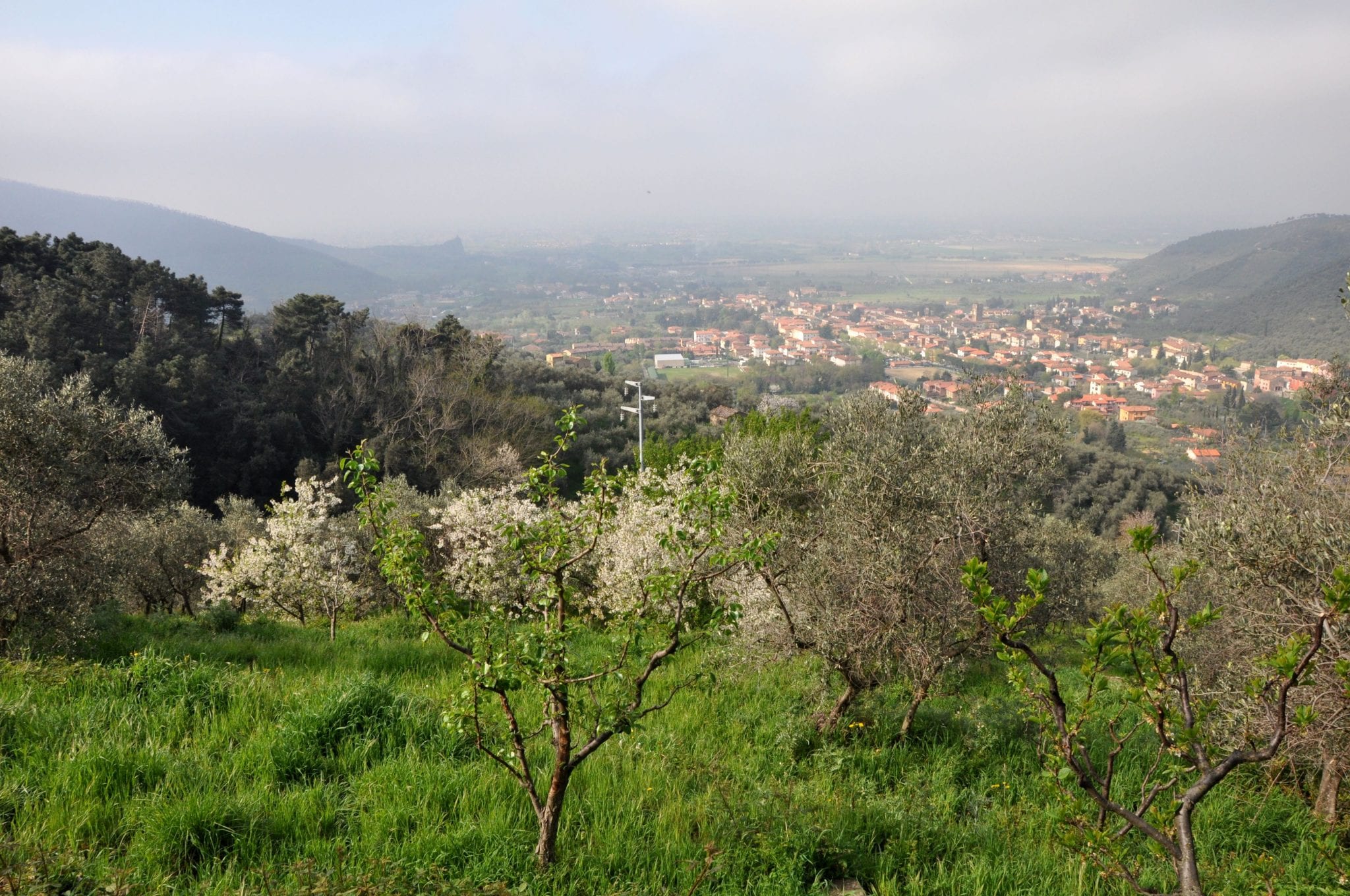 It’s a beautiful view from the top of these Tuscan mountains — but it’s not easy to get here!

But even if you do have a car? Be aware that agriturismi can be very. Difficult. To find. Driving around Italy’s countryside is one of the more confusing experiences you’ll have; many roads are unmarked (or the signage is misleading), and even with a good grasp of Italian and a mobile phone, the lack of cell service can make continually calling the owner for new directions impossible. On one of our recent trips, we had an iPad with our location Google-mapped, several mobile phones, fluent Italian, and six years’ worth of driving experience in Italy’s countryside — and still got lost umpteen times. 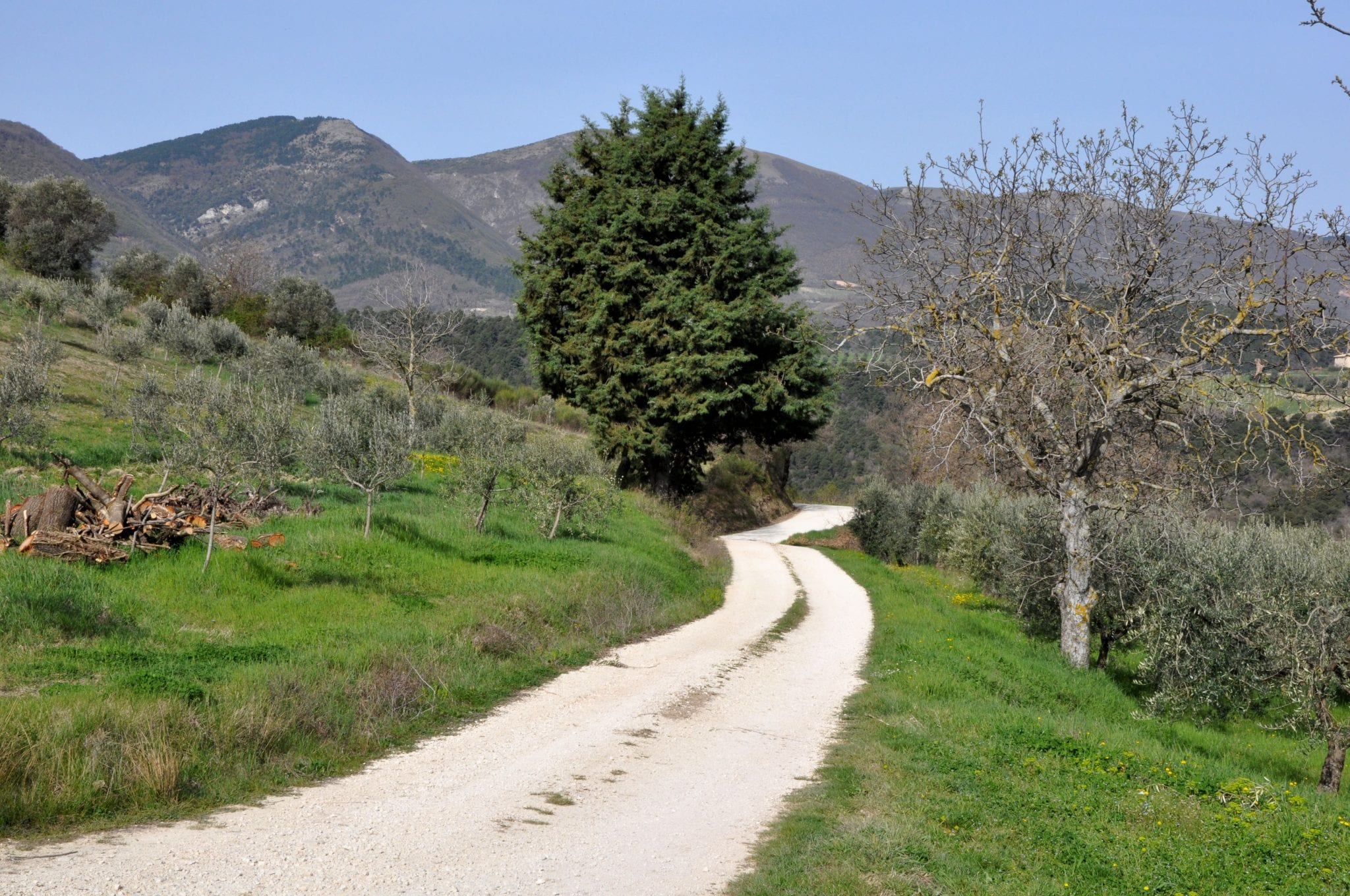 Compared to others, this dirt road to an agriturismo in Umbria… is a complete piece of cake!

Not to mention that the roads can be, erm, interesting: Our agriturismi adventures range from following a road that, on Google maps, looked legitimate but turned out to be an hour on a one-way dirt road through a forest in the dark, to driving down switchbacks on a gravel road that were so sharp, we had to take each one as a three-point turn.

Of course, this isn’t necessarily bad. Getting lost can be half the fun. But if you’re on a schedule to hurry up and relax (or if getting lost on one-way dirt roads just, understandably, stresses you out), then be warned. That said? We’ve never regretted making it to one of these farm-stays. Because as interesting as the journey was, the destination was always more than worth it.

20 responses to “What Is… An Agriturismo?”