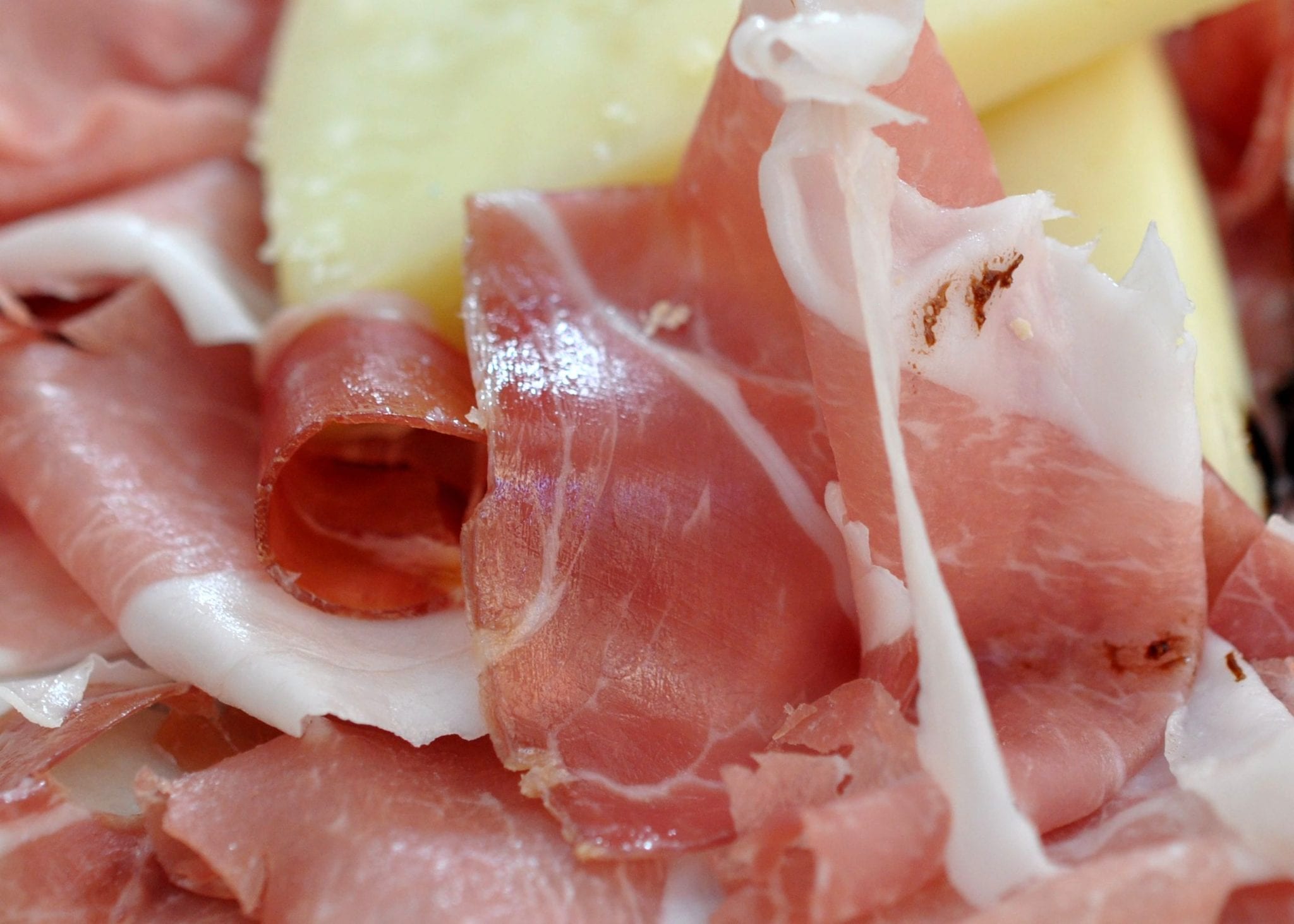 Among the many fantastic foods in Italy, prosciutto crudo—and its two most famous varieties, Parma ham and prosciutto di San Daniele—has to be one of our favorites. “Ham,” as we know it in the States, is one thing. But melt-in-your-mouth ham with that perfect blend of salty and sweet? That’s something else.

Here, some of our very favorite facts about Italy’s delicious prosciutto crudo—from what ancient Romans thought of the ham to whether it’s actually raw!

We might shorten the word to “prosciutto” (pronunciation: pro-SHOOT-oh), but one prosciutto (“ham”) is not like another! In Italian, “crudo” means raw. “Cotto” means cooked. So if you want ham like it is back home, ask for prosciutto cotto. You’ll miss out, though, if you don’t try the other type!

But it’s not quite what it sounds like. The ham is dry-cured using salt, a process that ensures that the ham can be preserved for several months. And it takes a long time to do: Both the San Daniele and Parma types are dry-cured for at least 13 months.

Over the curing process, an Italian ham loses more than a quarter of its weight

That’s because of the moisture loss it undergoes from the salt. The result? The flavor is way more concentrated.

Both prosciutto di San Daniele and prosciutto di Parma have to come from the rear legs of the pigs. But specifications when it comes to the pigs don’t stop there. For Parma ham, for example, the pigs must be from the area, their feed is cereal grains and whey from the production of Parmigiano-Reggiano cheese, and the pigs have to be 9 months old and weight at least 340 pounds when they’re slaughtered.

Strict rules govern D.O.P.-regulated foods, and this is one of them. The ban on freezing extends to even the first moments of production—so as soon as they’re hacked off, the thighs of the pig have to be very swiftly sent to their area of production so they don’t rot!

…or altered with chemical additives, preservatives, or even sugar

What else is prohibited? Adding sugar, smoke, spices, water, or nitrites. All you’re eating is a pig with salt. That’s it.

The local environment affects the taste of the prosciutto 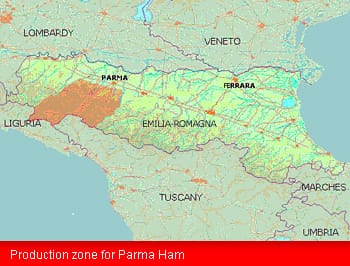 The Prosciutto di San Daniele association even says that the maturation of the prosciutto simply must take place at San Daniele del Friuli, because winds from the Adriatic and the Alps and the area’s particular temperature and humidity give the ham its exact flavor and texture. Whether a non-connoisseur could tell those nuances or not, that’s the rationale behind the idea of “D.O.P.”: Any ham that claims it’s prosciutto di Parma must not only follow stringent rules regarding how it’s made, but be made in the area, just so it has those special environmental factors.

In fact, there are 10 regions in Italy that have the “D.O.P.” designation for cured ham. The others? Prosciutto of Modena, Toscano, Veneto (Berico-Euganeo), Carpegna, Norcia, Sauris, and Cuneo, and the speck of Alto Adige. So many delicious options… yum!

Two slices, or about an ounce, of prosciutto di parma contains 75 calories, 6 grams of protein, and 6 grams of fat (2/3 of it the “good” unsaturated kind). It’s especially rich with free amino acids, which are a “quick metabolizing” form of protein.

The association for Parma ham says that Cato the Elder was one of the first to write about ham production in Parma. And he was writing all the way back in… 100 B.C.! And we know that, in Roman times, the ancients considered hams from Parma one of their best banquet delicacies, often paired with figs or another fruit. We even know that, in the 3rd century B.C., Hannibal stopped his conquering just north of Parma to eat local wine, bread… and the ancient version of prosciutto di Parma!

Meanwhile, prosciutto di San Daniele has a storied history, too. At the Council of Trent of 1563, bishops convening to debate how to reform the Church wanted their prosciutto so badly, an armed guard had to deliver them a supply. And Napoleon’s own General Massena sequestered a huge number of the hams when he conquered the Venetian Republic in 1797.

So we hope you love prosciutto crudo, too!

Pasta with a ragu of prosciutto di Parma in Ferrara, Italy. Delicious!

The easiest way to try it while you’re in Italy? Either get it at a grocery store or butcher’s shop (they’ll slice it paper-thin for you, just as it should be) and pair it with some fresh melons or figs as a pre-dinner antipasto. Or try some in a panino for lunch, as just about every paninoteca has it as an option. If you’re traveling in areas known for it, you might even see such options on the menu as a pasta with a ragu of prosciutto. Try it… you won’t regret it!