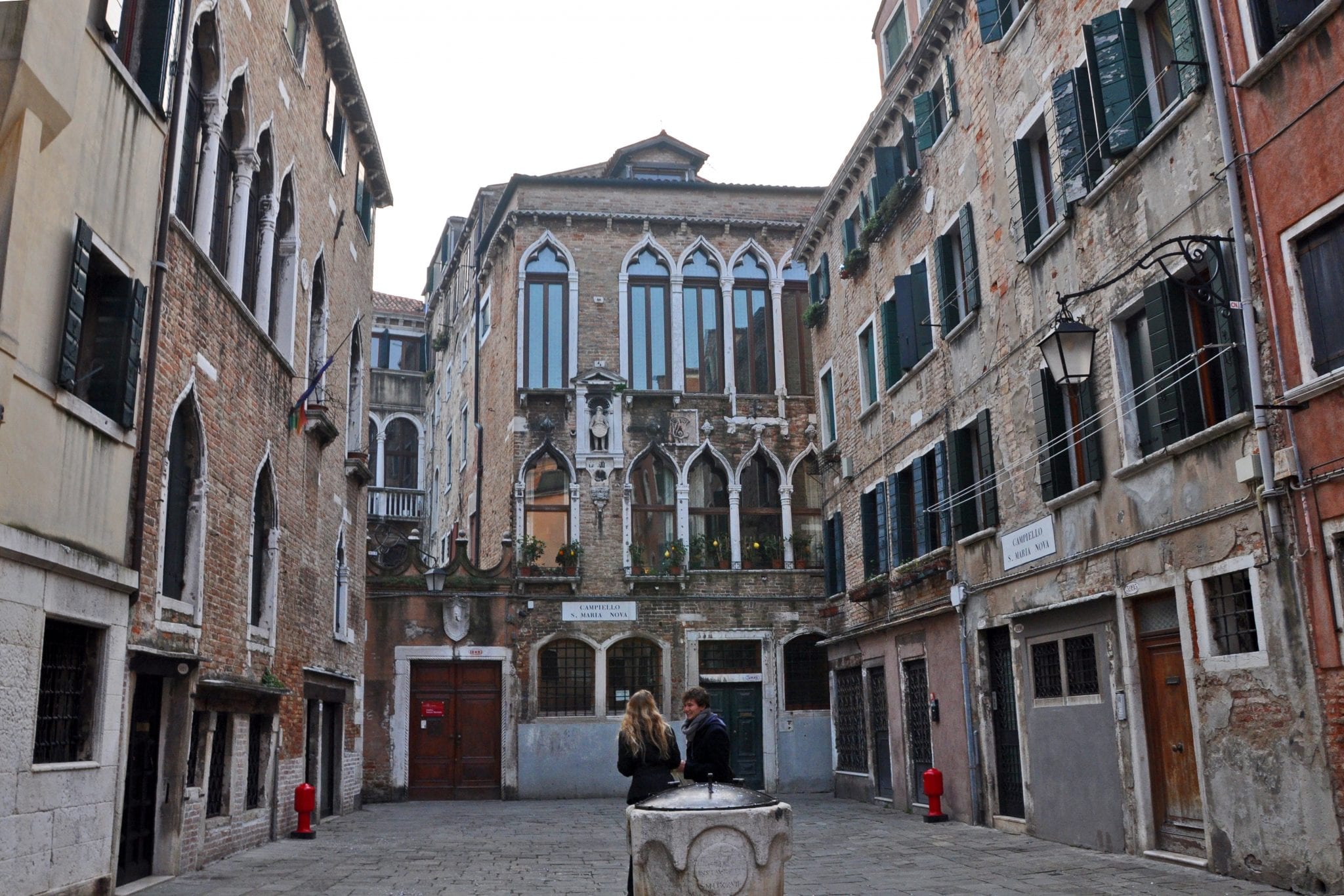 If you’re deciding which sestiere of Venice to stay in, it helps to know the differences between them! From quiet Cannaregio to bustling San Marco, here’s our guide to Venice’s six main quarters—and which one is best for you.

One of the loveliest and most authentic neighborhoods in Venice, Cannaregio (above) is home to Venice’s Jewish Ghetto, the train station of Santa Lucia… and to the majority of Venice’s actual residents. They also have some of the most beautiful Hanukkah celebrations in Europe. 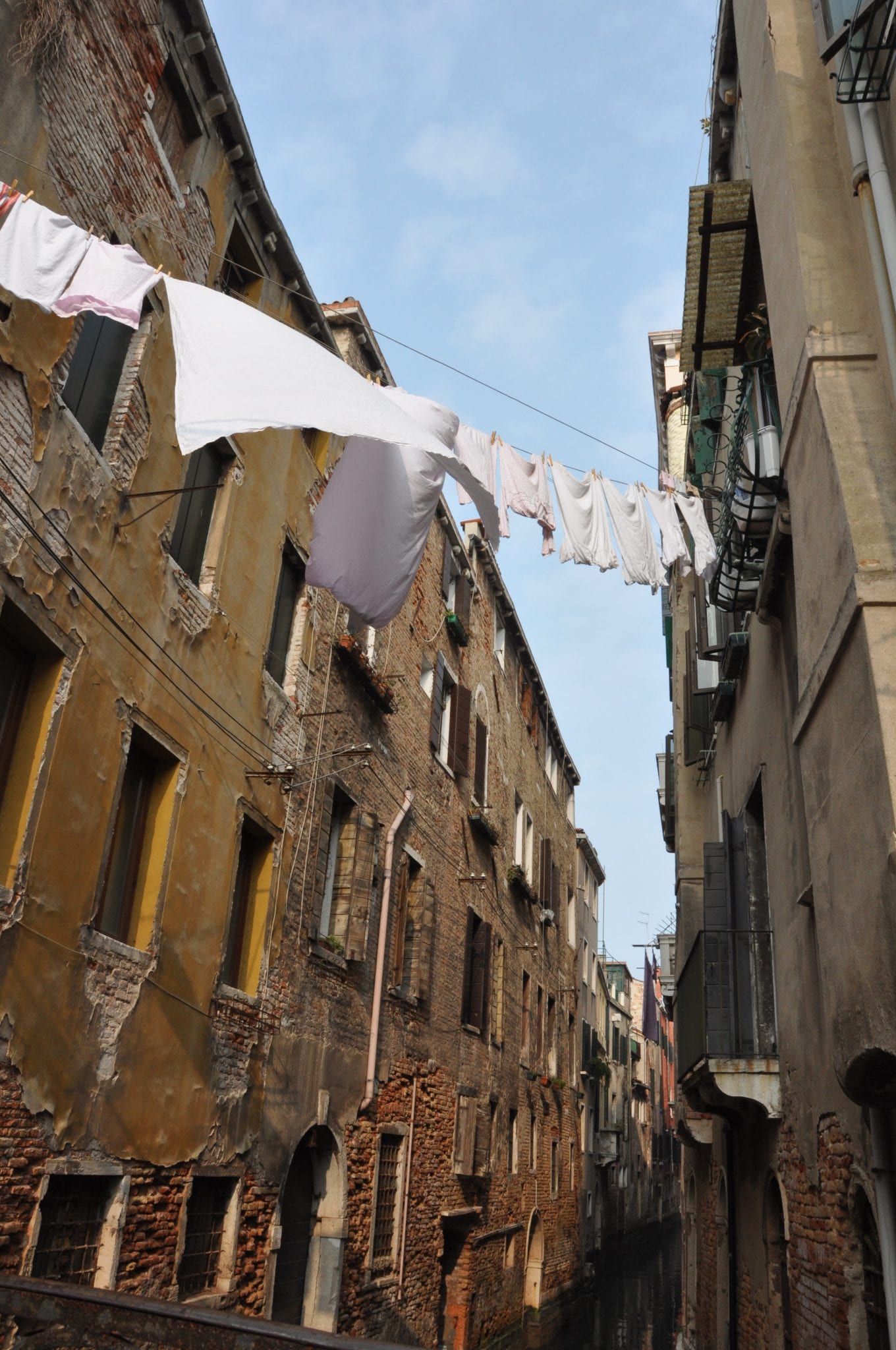 A canal in Cannaregio

Sights to check out in Cannaregio include the Ghetto (one of the oldest in Europe), the Ca d’Oro (a gorgeous Venetian palace that you can enter and explore), the Church of Santa Maria dei Miracoli (a gem of a church and one of the best examples of Venetian Renaissance architecture), and the Church of Madonna dell’Orto (the burial place of famed painter Tintoretto, as well as the home to some of his greatest works).

Stay here if: You want to be off-the-beaten-path and away from the  crowds; you want to experience Venice “like a local”; you’re trying to save money on accommodation; you want to get to Burano and Murano easily from where you’re staying (the express ferry to both islands, the #12, leaves from the Fondamente Nuova stop in Cannaregio). Here’s a guide to Burano – if you didn’t already want to go, it will definitely convince you.

Don’t stay here if: Your dream of Venice includes waking up and seeing the Rialto Bridge or St. Mark’s Basilica from your window (they’re each a 15-minute walk away); you know you’ll spend most of your time at Venice’s biggest sights, but you don’t want to walk much or take public transportation. 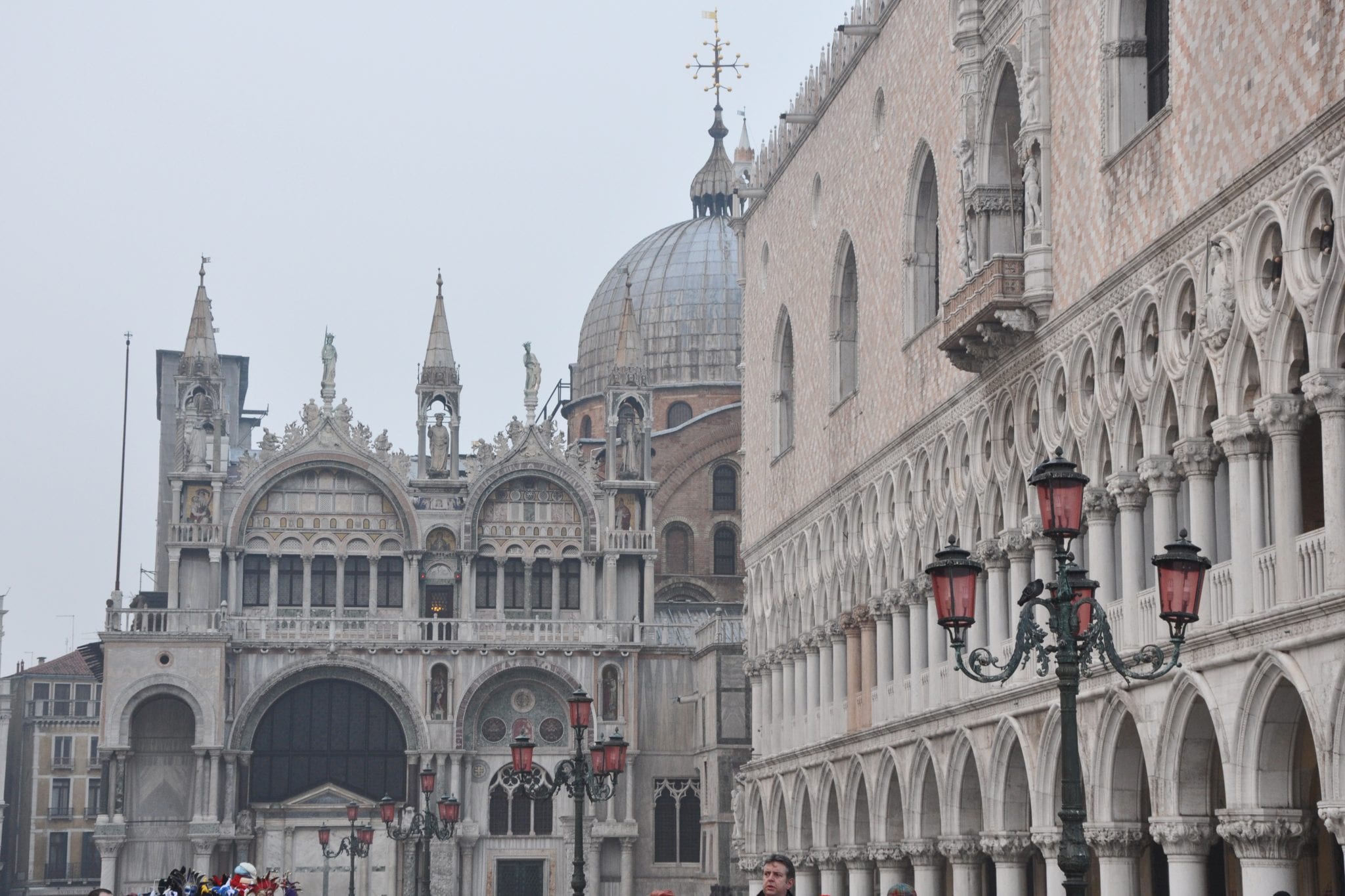 St. Mark’s Square, the heart of the sestiere of San Marco

At one point or another, every traveler to Venice winds up in San Marco. This small sestiere boasts many of Venice’s main sights—which means that, while beautiful, it’s also now one of the most crowded, touristic, and expensive neighborhoods in Venice.

The top sights in this sestiere include St. Mark’s Square, and Basilica, the Doge’s Palace, Rialto Bridge, and Harry’s Bar.

Stay here if: You’ve always dreamed of walking out of your hotel and right onto the Rialto Bridge; mobility is an issue for you and you’re planning on spending most of your time in Venice at the sights here; you want to do some serious designer shopping; crowds, especially between March and October, don’t bother you; you don’t mind spending a lot on food and drink. Did we mention that St. Mark’s is one of the coolest churches in Europe? Here are 6 reasons why you definitely need to see St. Mark’s during your visit, even if you don’t stay in the neighborhood.

Don’t stay here if: You want to be able to eat authentic, well-priced meals near where you’re staying; if you’re staying in an apartment and planning on cooking for yourself (it’s difficult to find markets or grocery stores here); the idea of fighting through crowds to get down a street isn’t your idea of a vacation; your idea of Venice is artisanal shops, not souvenir and designer stores; you’re hoping to see more Venetians than tourists; you’re on a budget. 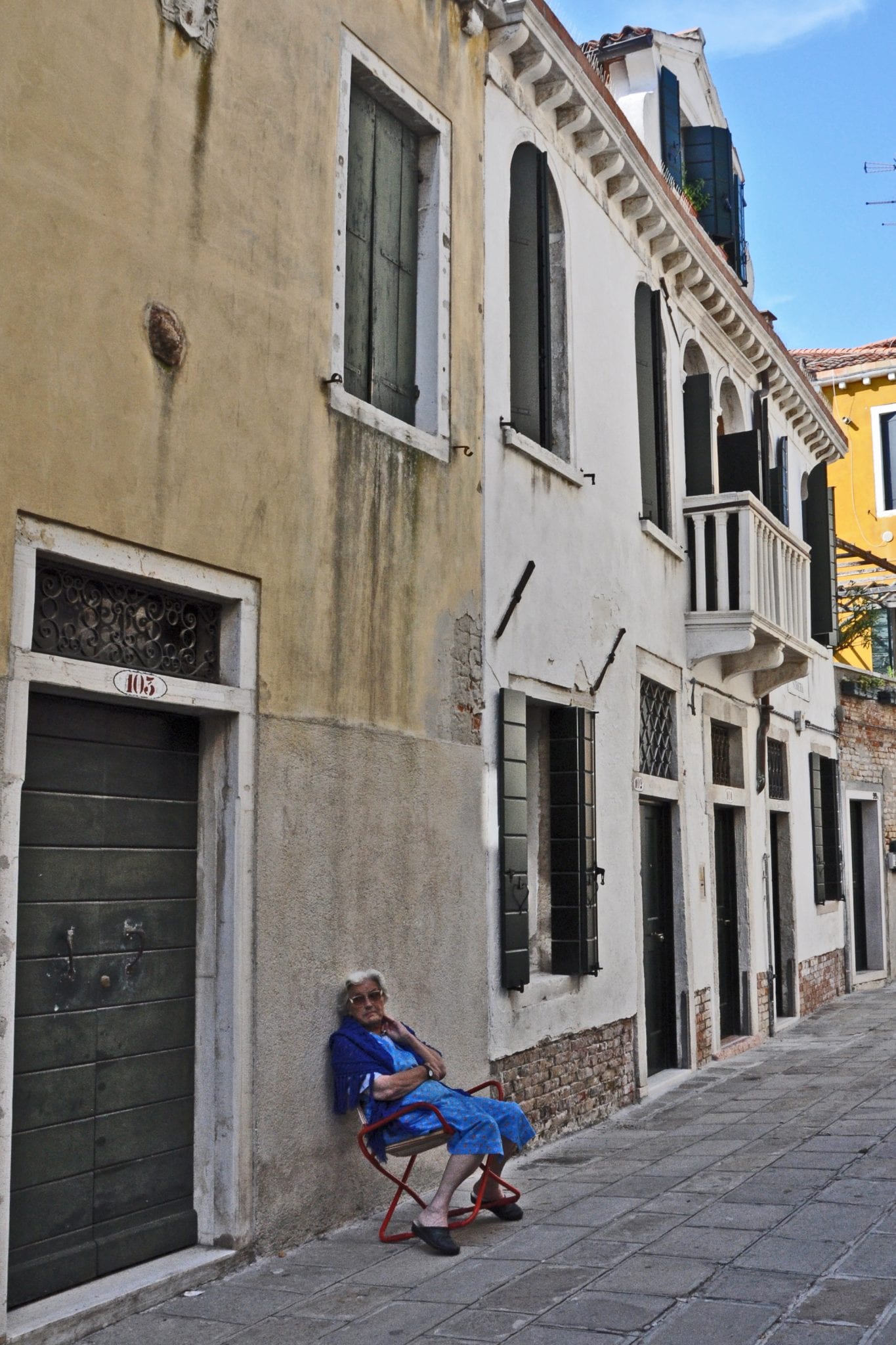 A local woman in Castello

Dating back to the 13th century, Castello is the largest of the sestieri, as well as one of the most local and authentic in Venice. Here’s where to see old women gossiping between windows and children kicking soccer balls in piazzas (or campi, as they’re called in Venice).

Castello grew up around a naval dockyard; today, one of its major draws is the Arsenale, once the largest shipyard in Venice, and today famously home to the Venetian Biennale. Other than the Arsenale, other sights in Castello include the Basilica of Santi Giovanni e Paolo (one of the city’s largest and most important churches and the resting place for 25 doges), the Church of San Zaccaria (home to the most famous work by Giovanni Bellini, as well as paintings by Tintoretto, Tiepolo, and Van Dyck), the richly-decorated Scuola Grande di San Marco, and the Santa Maria Formosa church and campo (square).

Don’t stay here if: Your dream of Venice includes waking up and seeing the Rialto Bridge or St. Mark’s Basilica from your window (they’re each a 10- to 20-minute walk away); if you know you’ll spend most of your time at Venice’s biggest sights, but you don’t want to walk much or take public transportation. 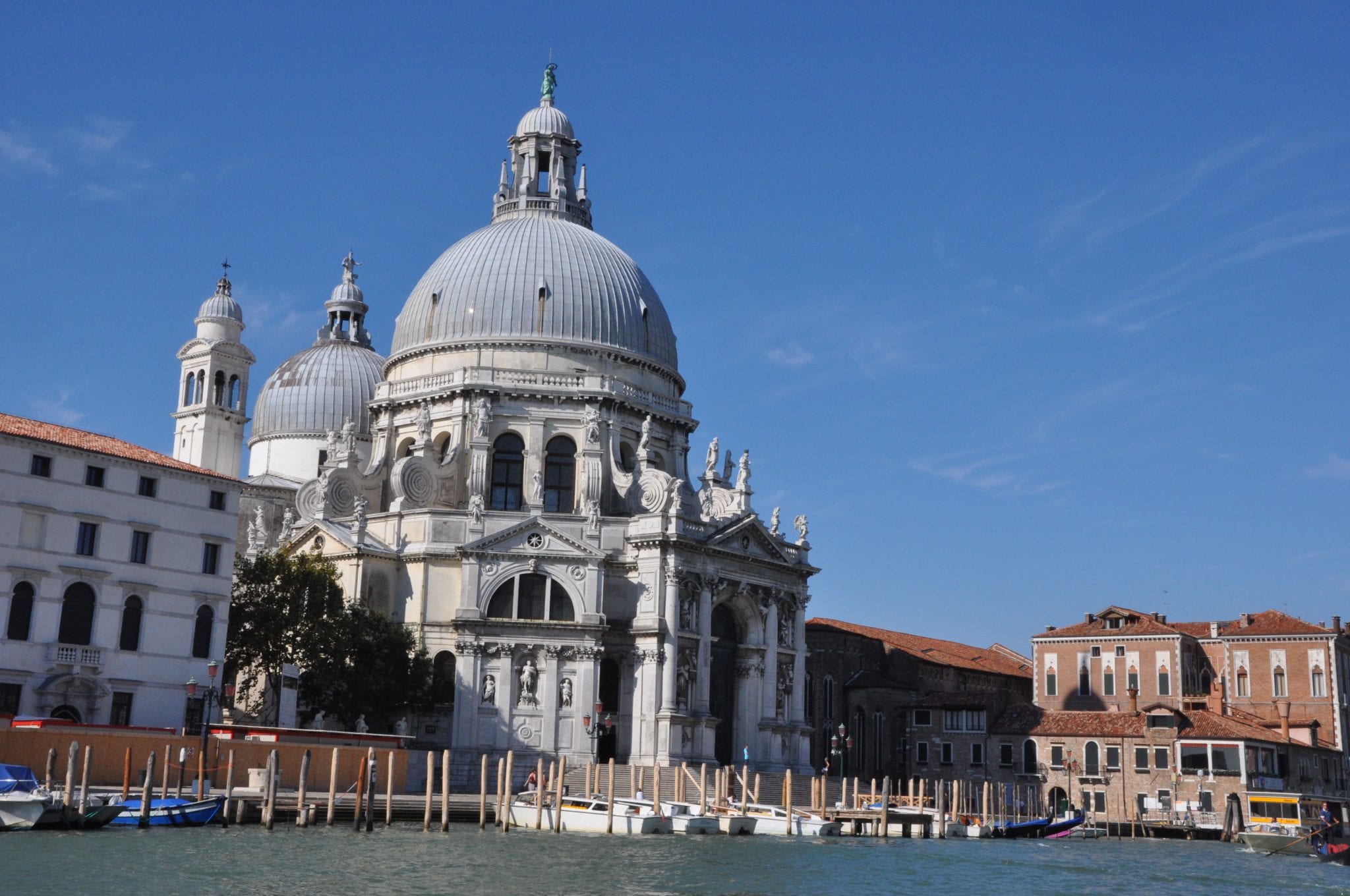 The iconic church of Santa Maria della Salute is in Dorsoduro

Dorsoduro has the best of both worlds: a tranquil daytime atmosphere and one of the most happening nightlife areas, charming back streets and some of the city’s most interesting sights. If you want to stay in the area’s more charming quarter, make sure to stay in the area south of Campo Santa Margherita.

The biggest attraction in Dorsoduro is the Accademia, Venice’s most famous art gallery. Other sights include the Peggy Guggenheim Collection (with a famous collection of modern art including pieces by Dali, Duchamp, Picasso, Mondrian, and Kandinsky) and the Church of San Sebastiano (famed for its cycle of paintings by Veronese, as well as paintings by Tintoretto and Titian). Meanwhile, students and the younger set love Campo Margherita for its laid-back bars and nightlife. The island of Giudecca, to the south of Venice, is also included in the Dorsoduro district.

Don’t stay here if: You just have to stay near the Rialto Bridge or St. Mark’s Basilica; if you want to experience Venice’s charms but are only finding places that are in Dorsoduro’s area near Piazzale Roma. 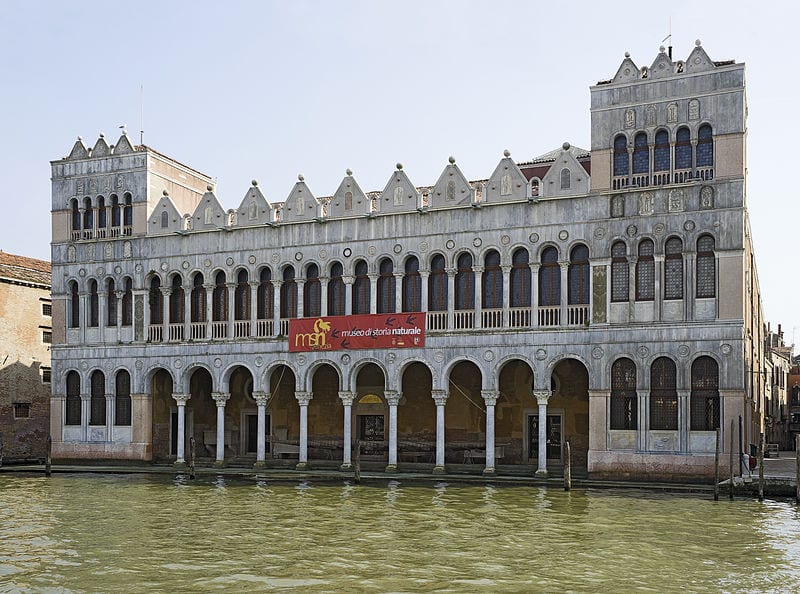 Fondaco dei Turchi, located in the sestiere of Santa Croce

Santa Croce is home to some of Venice’s major transport hubs, including the main port and Piazzale Roma. It’s also the least touristy sestiere in Venice.

Tourist attractions are mostly in the district’s eastern area. They include the Church of San Giacomo dell’Orio, with its paintings by Lorenzo Lotto and Veronese, with its lively piazza, and the Fondaco dei Turchi, a 13th-century palazzo that later became a one-building ghetto for Venice’s Ottoman Turkish population and that, today, houses the Museum of Natural History.

Stay here if: You’re looking for cheaper accommodation; you want to be away from the tourists and the crowds; it’s important to you to stay within walking distance of the port or Piazzale Roma.

Don’t stay here if: You don’t want to walk or take much public transportation; you have limited time in Venice, plan to spend most of it at St. Mark’s and the Rialto Bridge, and want to stay near that area. 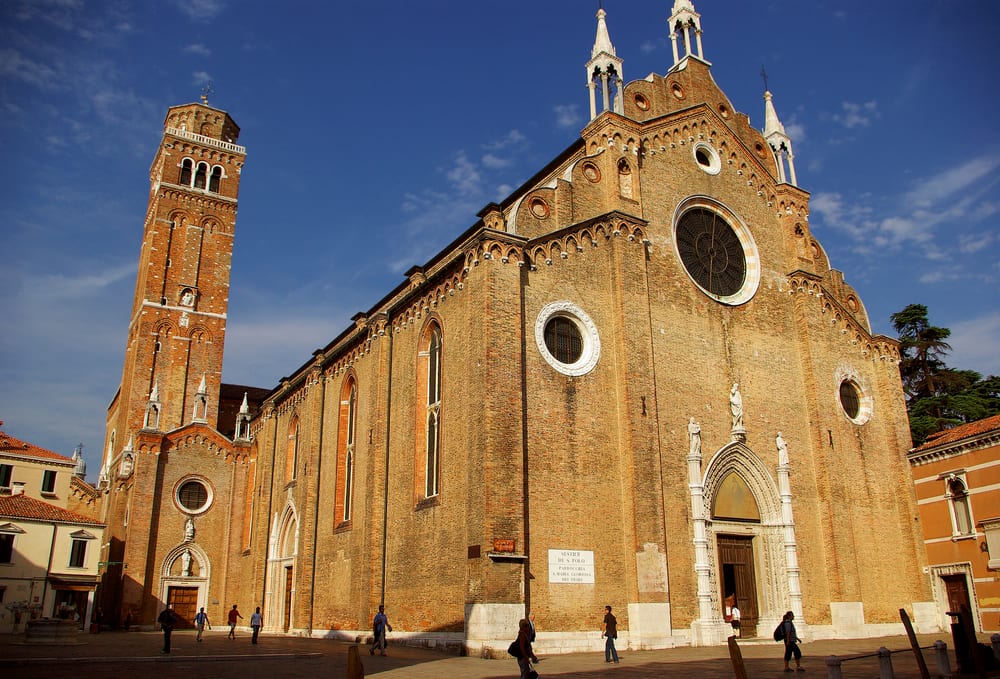 The smallest sestiere in Venice, San Polo is one of the oldest neighborhoods in the city. Today, it’s also one of the liveliest and most touristic districts, thanks both to its central location and to having big-ticket sights like the Rialto Bridge.

Don’t stay here if: You want complete tranquility (this sestiere does get crowded, especially on the lane running from the Accademia to Rialto Bridge); you don’t want to walk or take much public transport.

142 responses to “The Neighborhoods of Venice, Italy: Which Sestiere You Should Stay In”