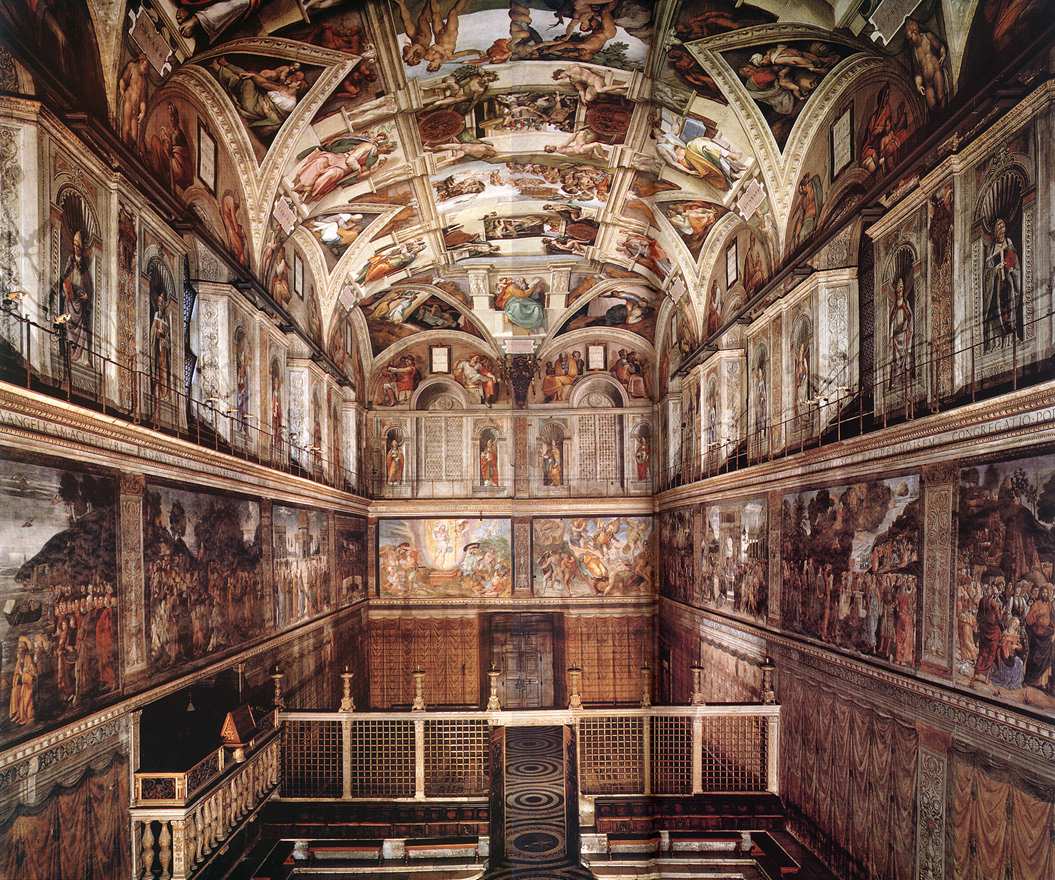 The Sistine Chapel, Currently Closed for the 2013 Papal Conclave

The Sistine Chapel is currently closed, and won’t reopen until after the papal conclave

The Sistine Chapel closed on March 5. It won’t reopen until the conclave has finished and a new pope has been picked.

Which brings us to the next question: When is the conclave? Unfortunately, we still don’t know. It could be as early as Monday, March 11. It could be as late as, well, later than that (but probably by March 15 or 16). At this point, it’s all speculation.

Disappointed that you won’t get to see the Sistine Chapel? We get it. But comfort yourself with the fact that at least you’re missing Michelangelo’s frescoes for a  very historic reason: Not only are papal conclaves always a big deal, of course, but the last time a pope resigned, the year was 1415. So this is an especially historic event! (Check out our earlier post for more on exactly what a papal conclave really is and how it works!).

Did you book a Vatican tour with us during this period? While we have lots of special access privileges to the Vatican, visiting the Sistine Chapel while the cardinals are in there, voting on the new pope, is unfortunately, not one of them! So email us at [email protected] to find out exactly how your tour will be affected, and what your options are (including rebooking the tour for another date, or canceling it altogether for a full refund, including tickets—yes, at a loss to us!). Or feel free to call us at +1-888-683-8670. Thanks for your understanding!

If you are planning to visit the Vatican Museums and the Sistine Chapel, check out our Pristine Sistine™ tour, which lets you into the chapel before the general public, or our VIP Vatican Key Master’s Tour: Unlock the Sistine Chapel where you’ll enter the Vatican Museums with the Key Master before dawn and have the place to yourself for two full hours.

2 responses to “The Sistine Chapel, Currently Closed for the 2013 Papal Conclave”