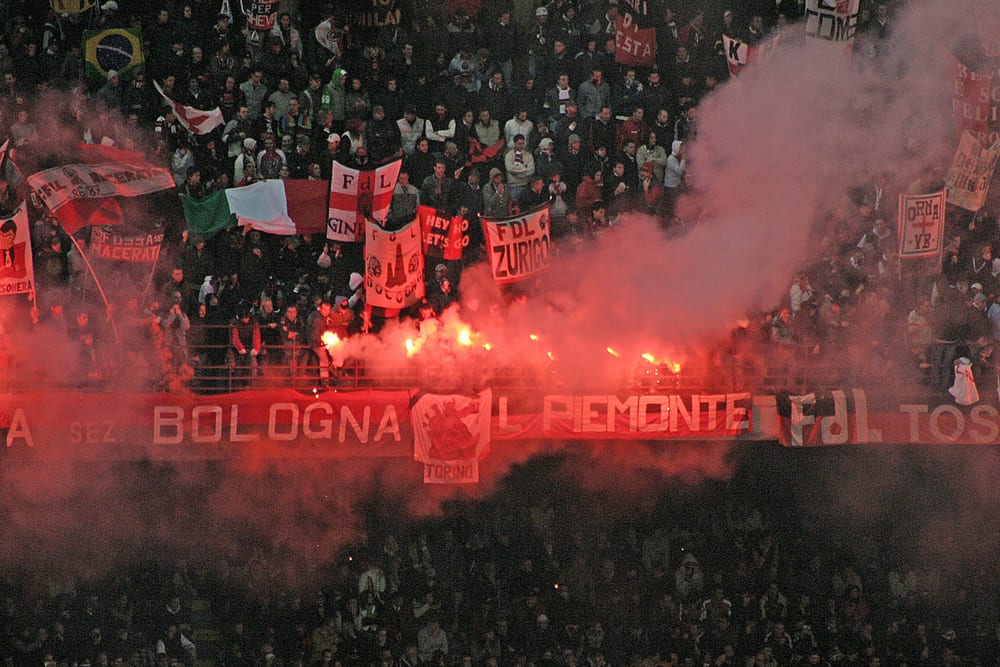 Whether you’re a soccer (or football) fan or not, there are few experiences more exciting than seeing a match in Italy! Considered Italy’s national sport, calcio, as they call it here, is also one that Italians of every stripe get into. So even if you don’t particularly care if Rome or Lazio win (and shhh—don’t say that aloud!), the atmosphere alone is electrifying.

1. Familiarize yourself with the different levels of Italian soccer. The top team and the “holy grail” of matches to see, of course, is the Italian national team. (They were all over the news for winning the World Cup in 2006, but, in a travesty for Italians, choked in 2010).

The teams you’ll hear about most often in everyday Italian sports-speak, though, are the “Serie A” teams. These are the 20 top teams within Italy. They switch every year, depending on how well they’re doing, but almost always include such legendary teams as Inter Milan, Bologna, Fiorentina, Lazio, and Roma. (The only Serie A team that’s never been downgraded is Inter Milan). These games have some of the most passionate fans and competition, and tickets to the games can range from €12 to €120.

Below “Serie A,” there is—you guessed it—“Serie B.” And there are several more levels below that. Tickets to those games are much cheaper, generally from €12 to €25.

2. Make sure you’re coming during the football season! It sounds like a no-brainer, but given how passionate Italians are about the sport, you’d be excused for thinking something this important must go on year-round. Well, it is almost year-round, but if you’re coming in the high season of June and July, you’re out of luck: Serie A and the other domestic soccer matches are held roughly from August through May.

Soccer games in Italy can get a little nutty!

3. Decide if you really do want to go. Here’s the thing: While going to a football match is (usually) lots of fun and a great cultural experience, it can also be a major hassle (few stadiums are in the city centers!) and expensive (depending on the game).

Most importantly, attending a game can be risky. The kinds of passions you see inflamed at an Italian soccer game make anything you see back in the U.S. look like Grandma’s Parcheesi tournaments (if you’re from Britain, though, this might sound a little more familiar). In short, there has been a great deal of crowd trouble, rioting and even violence at games in the past; it got so bad in 2007 that the president of the Italian Football Federation temporarily halted league football.

It’s a bit better now: The 2007 violence brought about a radical package of anti-hooliganism legislation to try to make games safer and more family-friendly. Still, violence at Italian soccer games has continued, with incidents occurring every season. Competitions to be particularly cautious about are often local pairings like Roma versus Lazio (Rome), Juventus versus Torino (Turin) or Catania versus Palermo (Sicily)—which seem to be all the more heated because they’re neighbors!

Before you decide to go to a match, particularly one with two teams in fierce competition, you might want to read one tourist’s account of a 2009 Roma-Lazio game. 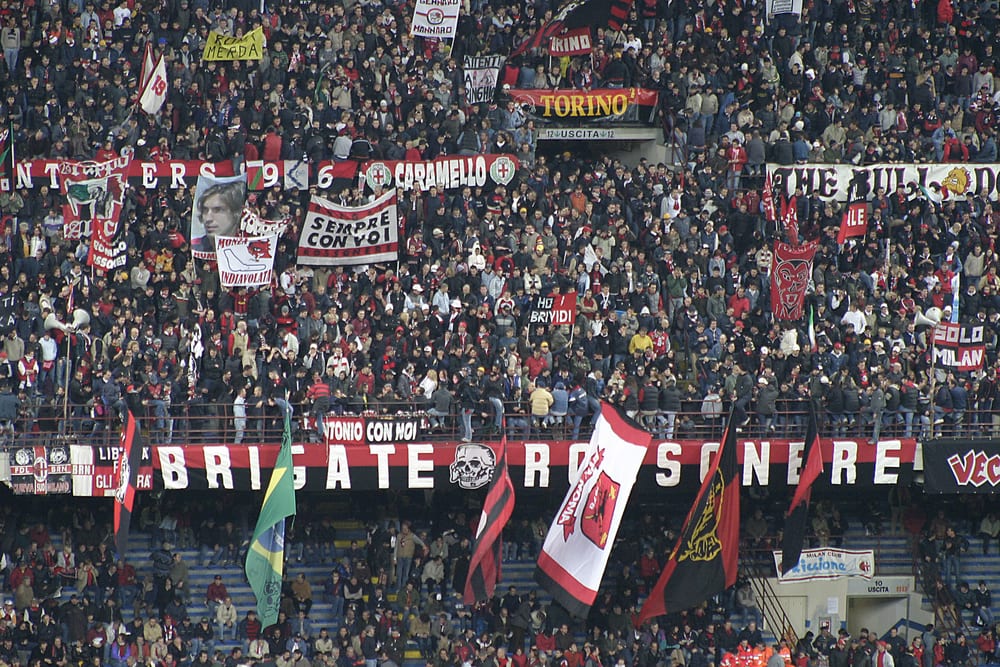 Supporters of A.C. Milan, one of Italy’s most popular teams

4. Still undeterred? Then check out the football schedule. Here’s the 2011-2012 Serie A soccer schedule. Check out this page for the 2011-2012 schedule for Serie B and other leagues; if you’re having trouble, just run it through the good old Google Translator.

Having a hard time wrapping your mind around the schedules? Here’s a tip: Each team pair plays twice, once in one city, once in the other. To avoid having to rewrite this pair twice, it just appears once, but under two dates. So on the Serie A schedule, Siena and Fiorentina played once on Dec. 21 and once on Jan. 29. Where do they play for each game? The first game is held in the city listed on the left. So on Dec. 21, that was Siena; on Jan. 29, it’s home in Florence for Fiorentina.

Although you can buy tickets at the actual stadium, for most games you can’t actually buy your tickets on the day of the game in Italy. That means you would have to go to the stadium and get the tickets in advance. (Your ticket will have your name printed on it, so absolutely don’t forget your I.D. when you actually go to the game!)

Another, easier option is to buy tickets from the team’s club outlets in the city. The simplest thing to do is to ask at your hotel where the nearest club outlet is (they’re sure to know!) and purchase your seats in advance there. You’ll have to pay up front. The outlet then will get your tickets for you, with your name and other identifying information.

Finally, you can buy tickets online. While this seems like the easiest option, some of the online ticket sellers are known for price-gouging and some people have even complained that they paid but never received tickets. Still, if you want to do it this way—either because you’re worried the game will sell out before you can get to the club outlet or stadium, or simply for convenience—websites to look at include TicketOne and Listicket.

Be aware that not all clubs offer the ability to buy tickets in online, especially clubs that aren’t in the upper echelons. These sites are in Italian, so again, run them through Google Translator if you’re having trouble!

Remember that the cheapest tickets are those for the seats behind the goals and in the corners. (Obviously, that’s where you have the worst view, too!)

Enjoy your soccer game in Italy… and be safe!

3 responses to “Seeing a Soccer Game in Italy”