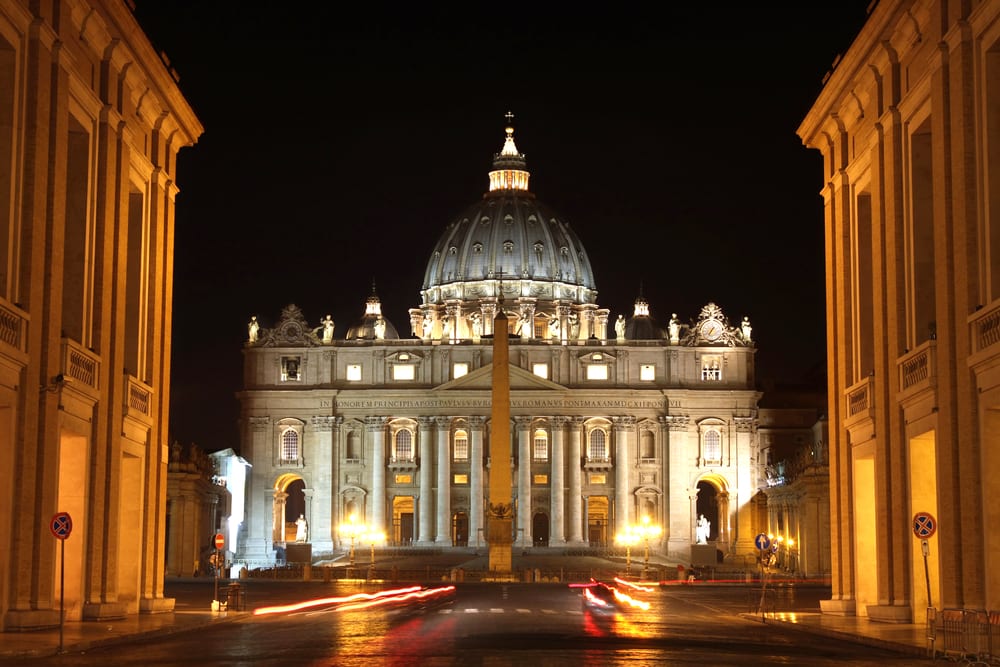 Pope Francis has brought sweeping change to the Catholic Church in his first two years of office. The first pope from the Americas, first Jesuit pope and the first non-European pope for over 1,000 years, his papacy has already shook up the Vatican. Through his actions and reforms, Pope Francis has changed the dialogue of the papacy, the style of leadership and the message of the Catholic Church, and he shows no signs of slowing down! Here are 5 of the biggest changes Pope Francis has made so far. You can see Pope Francis in the piazza of St. Peter’s Basilica every Wednesday.

Yes to the poor

Pope Francis chose his name in honor of St. Francis of Assisi, as a reminder to never forget the poor and a sign of his commitment and concern for the well being of the poor. As a result, he immediately eschewed luxury in favor of a more humble and collegial approach to his papacy. On the night of his election he returned back to the hotel on the bus with the other cardinals, rather than in the papal car and he decided against living in the Apostolic Palace, living instead in a Vatican guest house. These are things anyone can do, but that only he has done so far – a visual sign of his ideals and sympathy for the poor.

From an institution that once claimed Galileo Galilei a heretic, now comes a very scientific view of the start of our universe, shocking creationists in the process. Last October Pope Francis said that he and the church support the Bing Bang Theory, stating that God is not a magician with a “magic wand.”

The Big Bang Theory, the Pope said, “does not contradict the creative intervention of God…On the contrary, it requires it.” For him, science answers “how” and religion focuses on the “why.”

Despite a bitterly divided meeting of Catholic Bishops called upon by Pope Francis, the Catholic Church ultimately did open its doors a bit more to homosexuals. While gay marriage is still adamantly ruled out, the meeting signified a more open approach to homosexual families, declaring that gays be “welcomed with respect and delicacy.” A separate message from the bishops delivered to Christian families said: “Christ wanted his church to be a house with the door always open to welcome everyone, without excluding anyone.”

“Personally I would have been very worried and saddened if there hadn’t been these … animated discussions … or if everyone had been in agreement or silent in a false and acquiescent peace,” Francis said after the vote, according to CBS News.

Though some say it’s just a small step in a long path, Pope Francis’ efforts prove his goal of bringing openness and dialogue back into the Catholic Church.

Pope Francis appointed 20 new cardinals from all over the world, changing the face of the Catholic Church – literally as well as figuratively. The new cardinals from places like Tonga, Myanmar and Colombia, represent large swatches of today’s Christians and add a plurality of voices in the ever-homogeneous Vatican City.

“There’s almost nothing any pope ever does that’s as consequential to shaping culture in the Church as naming its senior leadership, and cardinals are the most important papal selections of all,” writes Crux, a publication covering all things Catholic.

Though it’s unclear exactly what changes this decision will cause, it is clear that Pope Francis isn’t content with the old status quo and is ready to open the church up to the world.

Yes to change, from the top down

Perhaps most notably, Pope Francis has shaken up the Vatican by…. well, legitimately shaking up the Vatican. He has focused on imposing fiscal discipline in the city-state by creating a new Secretariat for the Economy. He abolished the bonuses paid to Vatican employees after the election of a new pope, donating the money to charity instead and also cut out the 25,000 euro annual bonus paid to cardinals on the Board of Supervisors for the Vatican bank.

He has also actively sought to reform the Roman Curia, the central governing body the Pope uses to conduct the business of the entire Catholic Church, both structurally and spiritually. Before Christmas he delivered a message to the Curia asking the members to examine themselves and ask forgiveness for a variety of sins he listed, including feelings of superiority, hoarding money, lusting for power and contributing in the damaging effects of gossip.

So, how can I see the Pope? 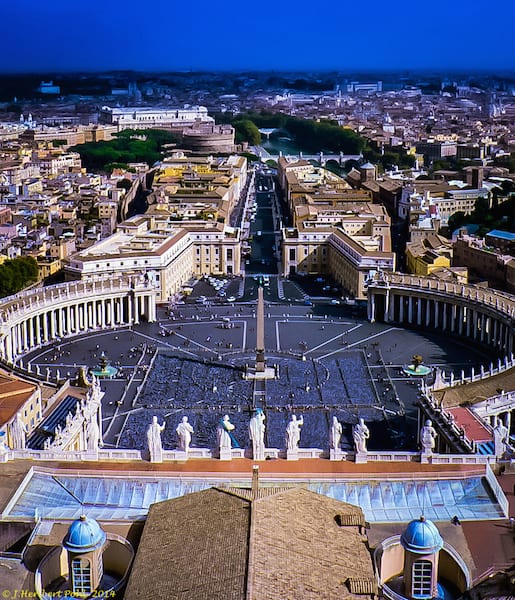 There are 6,000 seats for the Papal Audiences. Photo by Heribert Pohl

Papal Audiences are held every Wednesday as long as the Pope is in Rome. There, visitors can see the Pope and receive the Papal Blessing.

In the summers the Papal Audiences are held in St. Peter’s Square to accommodate the large crowds. You can order a ticket ahead to be sure to get a seat, but the order is still first come first serve, so you’ll need to arrive early for the best seats. We suggest to get there when Security opens: from 8 to 8:30 a.m. The audience starts at 10:30 a.m. (in summertime it may start at 10:00 instead to avoid the heat) and it usually lasts an hour to an hour and a half. Throughout the winter or in bad weather, the audiences are held in the Paul VI Audience Hall. To get there you’ll have to go through security at the Petriano Entrance, just on the other side of St. Peter’s Basilica’s left colonnade to enter the Vatican – for details see the official Papal Audience website,

Another chance to see the Pope is on Sundays at noon when he is in Rome. Then, he comes to the window of his apartment overlooking St. Peter’s Square to give a short speech and a blessing to the crowds below. The event usually lasts around 20 minutes.

Wear respectful clothes to the Papal Audience. Shoulders should be covered and shorts and skirts should fall at the knee. If not, you risk being turned away by security to respect the sacredness of the place. The Papal Audience is often a beautiful and culturally significant event, and a great opportunity for any Catholics (or even non-Catholics) who want to see the Pope responsible for such sweeping change in such an ancient institution.