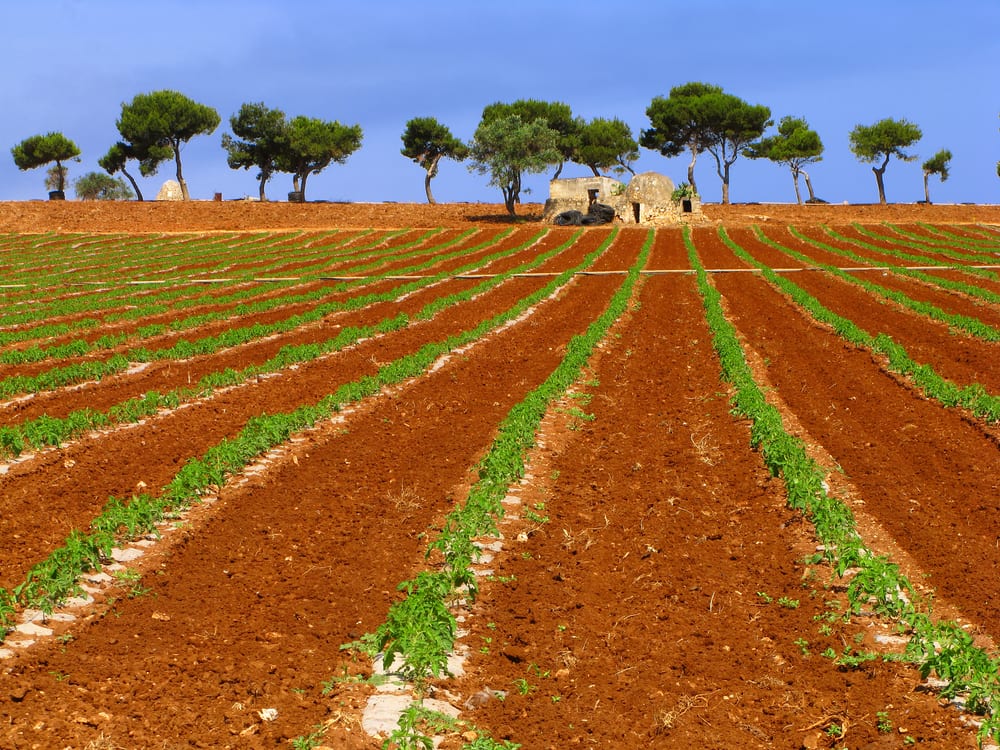 Puglia in Pictures: Why Head to the Heel Now

We love Puglia, the region located in the “heel” of the boot of Italy. This region—which remains relatively unknown to foreign tourists—is one of the most beautiful in the country. Picture sun-bleached houses, azure water, white sand beaches, medieval castles and churches, rolling olive groves, and delicious food. But you don’t have to use your imagination. Just check out these favorite photographs of some of our favorite things about Puglia! Puglia’s coast is lined with gorgeous towns like this one. Polignano a Mare has an evocative historic center, dramatic seaside setting, and a beach so lovely right in the center of town, you can be from breakfast to the beach in three minutes flat.

The elaborate architecture of Lecce, the “Florence of the South” The city of Lecce looks like a layer cake; almost every building is elaborately festooned with Baroque decorations. That’s because it used to be one of the most important cities in Italy’s south—so starting in 1630, money poured into the city to build palaces, churches and monuments. Today, it’s a fascinating place to take a wander! The very heel of the boot of Italy, the Salento peninsula, is renowned for its beaches. And with reason. White sand and the sparkling Aegean… what more could you want? Think of a masseria as Puglia’s answer to the agriturismo: It’s a farmhouse, but one that’s fortified. These days, masserie—which are unique to southern Italy, particularly Puglia and Sicily—are often turned into B&Bs (like agriturismi). The one above, Masseria Montenapoleone, is original to the 16th century! It’s a great opportunity to not only stay in an unusual place, but to experience the local food, as meals are often cooked from the land’s own produce, and to befriend a local family. Puglia’s olives, and olive oil, are alone worth the trip!

Quick: what region in Italy produces the most olive oil? Tuscany? Umbria? Nope. It’s Puglia. If you didn’t know that, it might be because most of Puglia’s olives go into mass-produced oils, so they haven’t acquired quite the same name-branding as their northern peers. But that doesn’t mean the olives here aren’t just as good. While you’re in Puglia, try some of the olives—and olive oils—from a private estate (maybe that masseria you’re staying at?). You’ll never discount Pugliese olives again. A farm in Puglia

Puglia has a lot of agriculture, but the region couldn’t look more different from the rolling farms in central and northern Italy! From the rich red of the dirt to the sun-bleached trees, it’s a completely different sight. And every bit as striking.

Because of Puglia’s particular geology (although Puglia is very dry, much of the region is made of limestone bedrock, which can be permeated by rainwater), Puglia is filled with caves. One of the most spectacular, the Grotte di Castellana, features weirdly-shaped stalactites and stalagmites and a gorgeous white cave. The Castello Svevo in Bari, just one of many castles in Puglia

From the 9th century to the 19th, Puglia was conquered by Saracens, Byzantines, Normans, the Kingdom of Sicily, the Kingdom of Naples, the Hohenstaufens, the Spanish and the French… and that’s not to mention the coastal occupations by the Turks and the Venetians! Result: lots of medieval castles. One of our favorites, the Castello Svevo in Bari, was built by Roger II of Sicily in 1131. You can still visit it today.

The unique trulli of Puglia, especially in Alberobello The trulli of Alberobello

Trulli are stone huts with cone-shaped roofs. And they’re unique to Puglia, where they were originally built as storehouses for farms or as dwellings. Although they’re scattered throughout the Murge area of Puglia, one popular place to see them is Alberobello, a tiny town made up of dozens of trulli.

Delicious seafood (and delicious all-other-kinds-of-food, too)

Eating oysters with THIS view? We’re in!

Want your holiday in Italy to be a culinary one? Then forget Venice and Florence: Puglia is where it’s at. Okay, we’re joking, but only kind of. Italy’s best food tends to be found off the beaten track, away from the tourist crowds, and where there’s lots of good, fresh produce… in other words, in regions like Puglia. Not to mention that you can eat with this view. The Church of San Nicola of Bari

Ornate churches are found throughout Puglia (well, let’s be honest, throughout Italy), but those in Bari are some of our favorite. This one, the Church of St. Nicholas, houses no less than what’s believed to be the relics of the saint. In fact, the church was built in the 12th century, after the relics of St. Nicholas were stolen from his shrine in modern-day Turkey. And yes, that is the Saint Nick you’re thinking of.

Lots of quiet moments, even in the cities Down a quiet street in Bari, Puglia

Yes, people have heard of Puglia. Italians and Europeans flock to the region’s beaches in August, and the port city of Bari fills up with cruise-shippers on summer days. But outside of the region’s very few highly-trafficked areas—and outside of high season anywhere—the region is anything but touristy. So, whether you’re digging into a meal at a masseria or just wandering down a back street in Bari, you’re experiencing a little piece of (although we hate to use this word) authentic Italy. And that’s pretty cool.

Need more reason to love Puglia? Just check out our fun video exploring the region, below!

10 responses to “Puglia in Pictures: Why Head to the Heel Now”