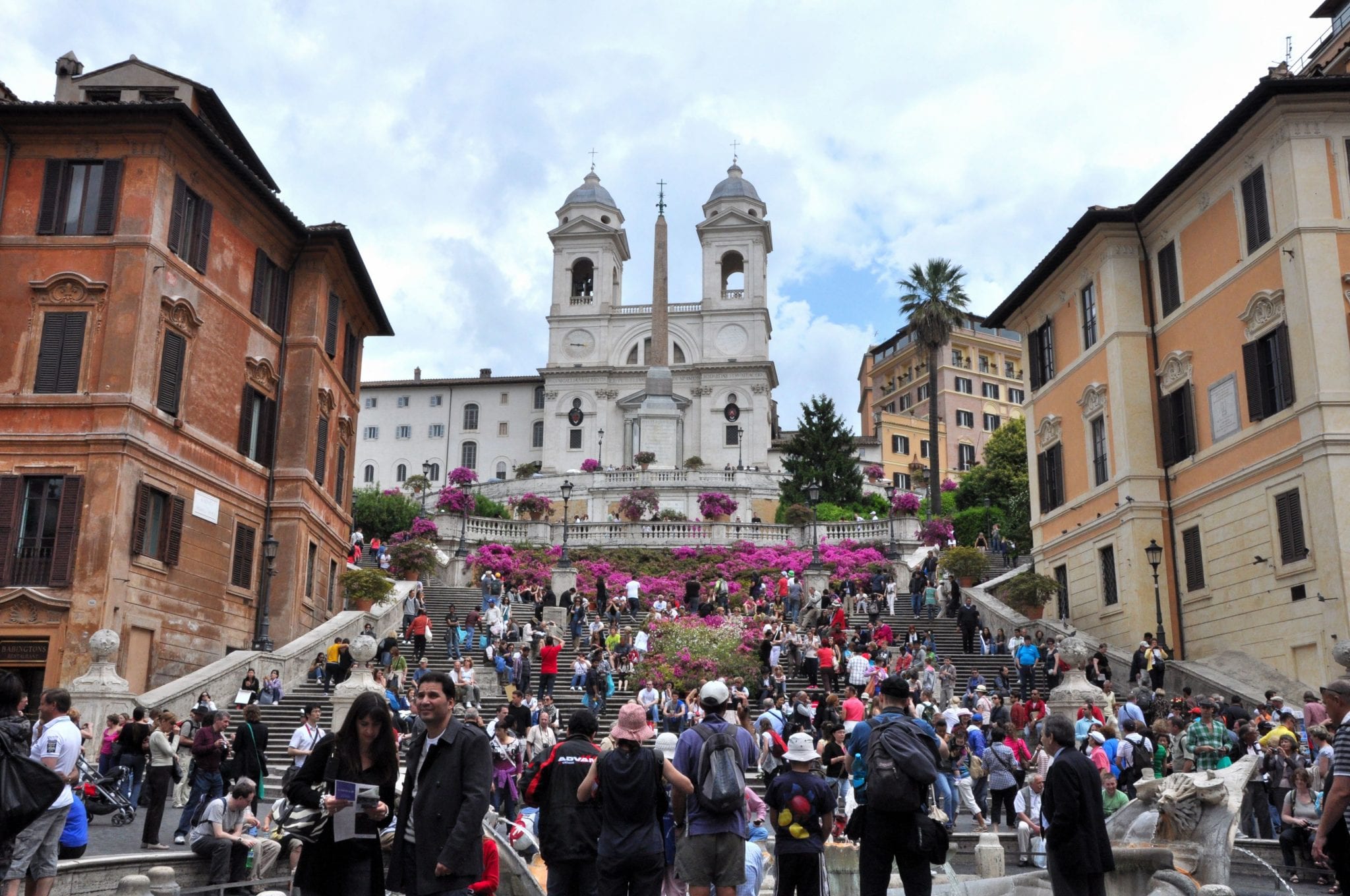 6 Reasons We Love Italy in Spring

Spring has sprung here in Italy—and we couldn’t be more excited about it!

Why? Here are six of our top reasons to visit Italy at the end of March, April or May.

Spring is the season of Roman artichokes—and other delicious foods

Italian food is (and should be!) seasonal: Certain types of produce grow at only certain times of year, and restaurants that respect the seasons, and the local food culture, will only serve those ingredients then. 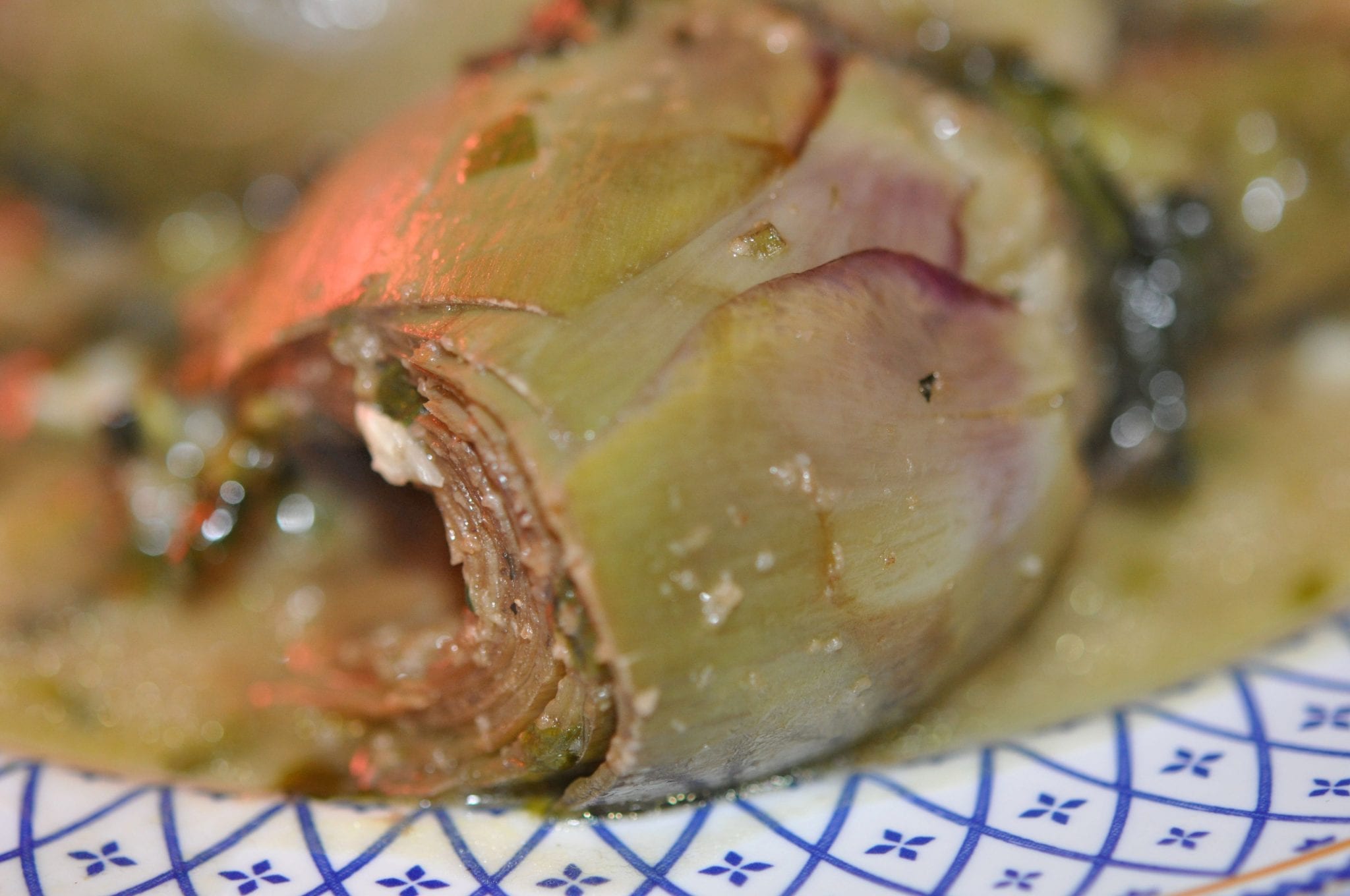 Want a bite of this? Then you have to come to Italy in the spring!

So if you’re looking for, say, carciofi romaneschi in August, you’re out of luck: Even if a Roman restaurant has artichokes on the menu, they’ll be imported from out of the country and not the same as the artichokes you’ve heard about. The good news? The season for Roman artichokes is… February through May! (For more, see our video about Roman artichokes!).

What else is in season in Italy in spring? Lots of yummy produce: apricots, bananas, cherries, lemons, strawberries, tomatoes (starting in the late spring), asparagus, beans, chard, chickpeas, fava beans, fresh garlic, green beans, mushrooms, new potatoes, puntarelle, spinach, truffles, watercress, zucchini… and the list goes on! Hungry yet? Don’t forget to check out our post on what foods are in season when in Italy.

Not to mention that…

The “passeggelato” comes back in style 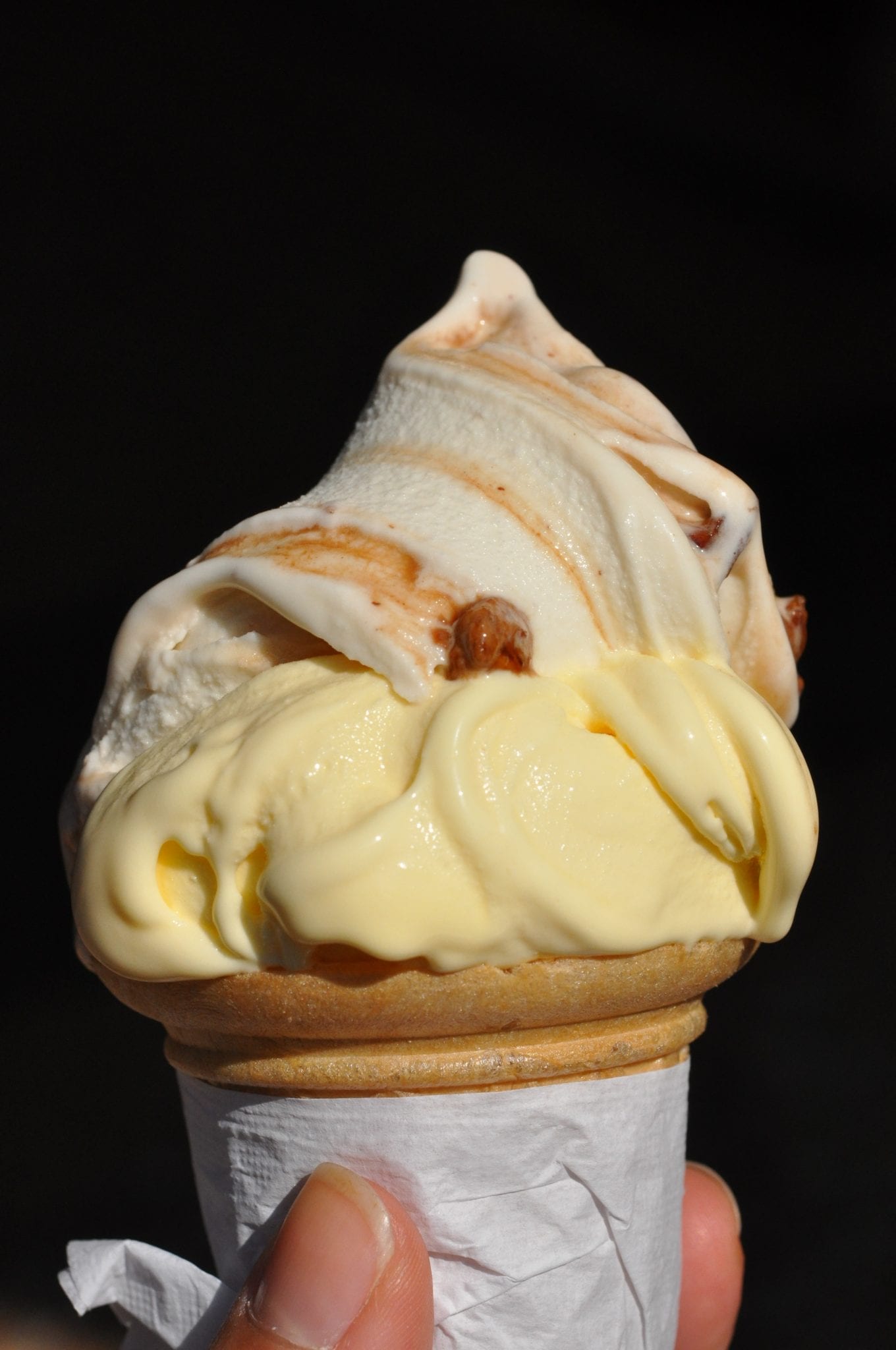 We have to credit our friends over at Young in Rome for coming up with this brilliant new Italian word, a combination of the Italian words passeggiata (a stroll) and gelato (if you don’t know what gelato is, you need to get to Italy right away!). Sure, you can take a passeggiata or have a gelato anytime of year—but the best time is in the spring, when locals are so excited about the lovely weather, everyone takes to the streets. And the gelato shops. (Don’t miss our post on where to find the best gelato in Italy!).

Particularly in the early spring—i.e. now (book your flight!)—you’ll find way fewer people in Italy’s top sights and cities than you will in, say, the height of summer.

That means you can spend less on hotels and airfare, that you can hear yourself speak in front of Florence’s “David” or the Vatican’s “Laocoon,” and that when you sit at a neighborhood cafe to people-watch, you’re actually watching Italians. Plus, it means that you spend less time waiting for tickets… and more time enjoying Italy. Right now, even the line into the Colosseum is short (a very rare sight!).

Of course, high season does arrive in the springtime—technically come Easter. But even May is more tranquil than June or July.

At Italian museums, new exhibitions are in full swing 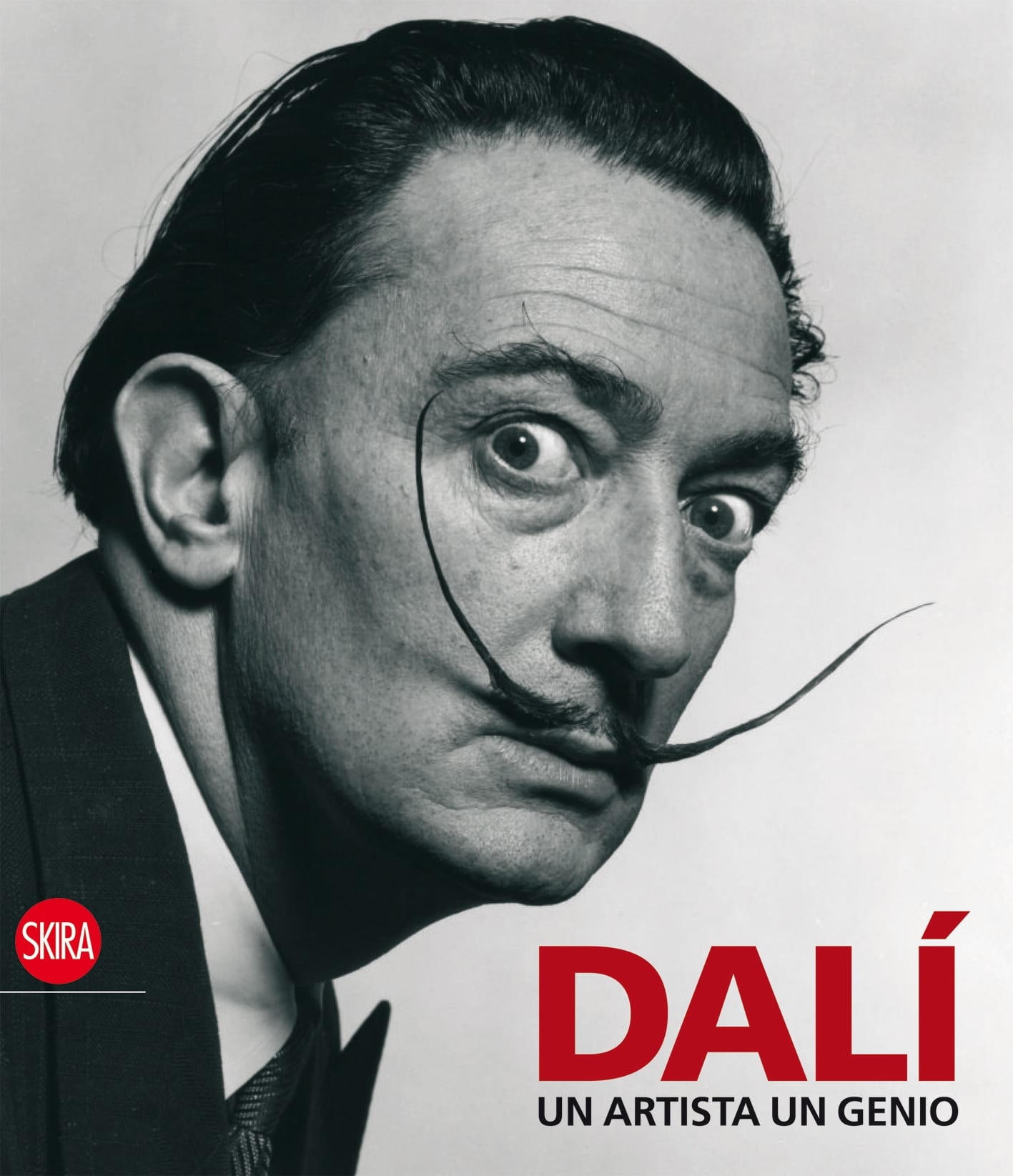 The Dali exhibit, on in Rome this spring

Museums in Italy tend to have two major temporary exhibitions per year: one opening in the fall, generally running from September or October until December or January, and one in the spring, running from February or March until May or June.

Right now, exhibitions we’re excited about include a major exhibit on Tintoretto in Rome (closes June 10), Rome’s exhibit Guggenheim Collection: The American Avant-Garde 1945-1980 (ends May 6), and an exhibit on Salvador Dali at the Vittoriano in Rome (until July 1).

(Here’s where to find out about temporary exhibitions across Italy).

Of course, Italy gets its share of springtime rain, particularly in March and April. But sunny days—and there are plenty—come with wonderfully balmy temperatures: In Rome and Florence, temperatures through April tend to be in the 50s and 60s F. It heats up more in May, with highs of about 70-75 F in the major cities and very little rain. In other words, warm enough to break out those sandals and dresses… and cool enough to be comfortable when you’re sightseeing all day outside (or in museums without air-conditioning). 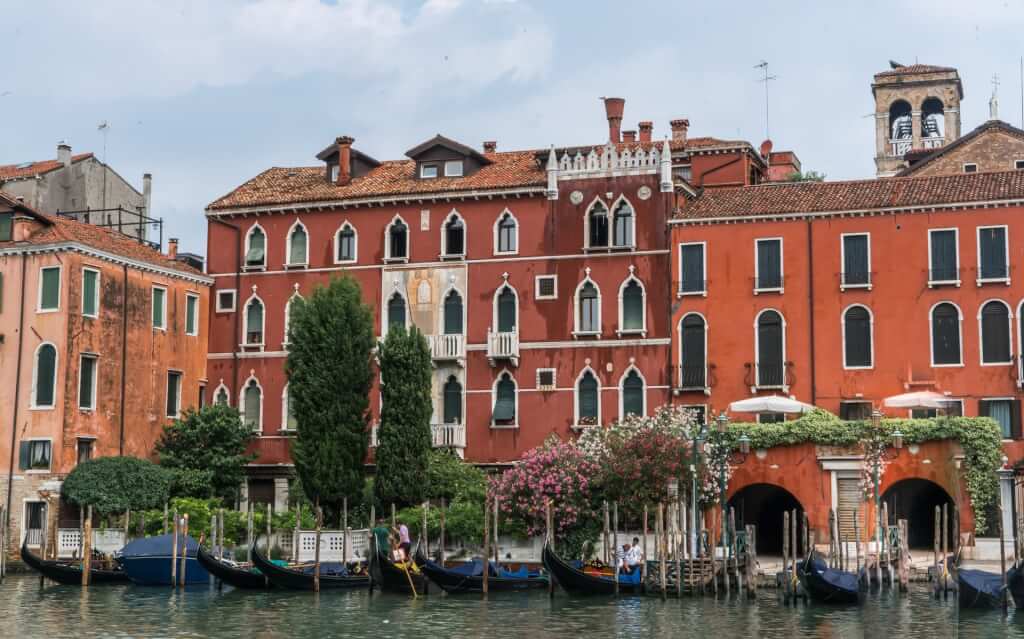 Who doesn’t love flowers? And, in the spring, you won’t just see the lovely fiori of Italy blooming across the countryside—but even in the cities. Across Milan and Florence, Rome and Naples, the trees lining the streets are budding and parks are blooming.

In fact, some gardens in Italy’s major cities only open in the spring. Like Florence’s famous Iris Garden, located just off Piazzale Michelangelo, which is open only from April 25-May 20. (Here’s also where the best gardeners in the world compete in Florence’s International Iris Competition). Or Rome’s rose garden, nearby Circus Maximus, a garden built on top of an ancient Jewish cemetery and open only in May and June.

8 responses to “6 Reasons We Love Italy in Spring”