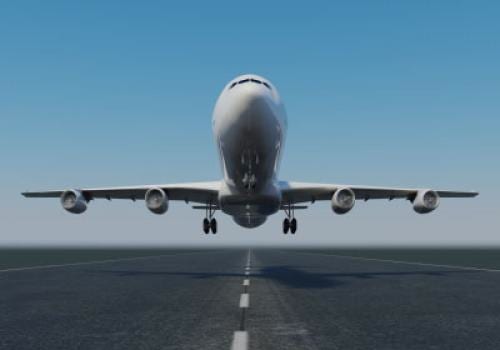 How to Save on Flights to Italy

Finding a cheap flight to Italy isn’t easy—especially these days. But before you cough up your savings to fly to Italy, or, worse, cancel your vacation altogether, try out some of our best methods for saving on your airfare.

(Nota bene: Although airfares are expensive right now, do keep in mind that the dollar is very strong against the euro. At the time of this blog post, 1 euro cost just $1.21. Euros haven’t been that cheap for Americans since 2006! So even if a flight winds up costing you $50 or $100 more, you will make that money “back,” plus some, when you’re spending euros on your hotels, sightseeing, and transportation within Italy).

Play with the dates of your Italy trip

Coming in the summer will, of course, be your priciest option. If you have to travel then because of children in school, consider going over a holiday break instead. What about the first week of January, or February or Thanksgiving break? Even Easter, while an expensive week to fly, could be cheaper than June or July. Bonus: If you go in the off-season, you’ll also be saving on hotels.

Fly to Italy on a Monday through Thursday

Book as far in advance as possible

The “sweet spot” for finding cheap domestic flights might be 6 weeks in advance, but for flights to Europe, it’s more like 21 or 22 weeks. (Yow!).

Get on social media

Look at consolidator websites other than Expedia

Every consolidator website searches different airlines, so cover your bases and look at as many as possible. We like Priceline, Hotwire and Kayak. Don’t forget the Italian sites, too—we’ve had especially good luck with Vayama and Mobissimo. (Yes, there’s an option to switch the pages to English!).

…and check some airline websites directly

Because certain airlines won’t even submit their data to consolidator websites, it also pays to go directly to airline websites that might offer good fares. Also, remember that even if you find a great fare on a site like Vayama, there’s a surcharge for booking it through them—so you should find the same flight on the airline’s site and book it there, anyway.

Look at getting two one-way fares, rather than a round-trip

Although this is often a more expensive option, you’d be surprised. Sometimes, it actually turns out a lot cheaper.

On Bing, for example, you can just put in your departure city, arrival city, and dates—and not only will the site scan the best prices for you, but, on the most common routes, it will offer a “price predictor” telling you how likely it is the fares will rise or fall.

Consider flying to a European hub, then getting to Italy

If flights directly to Italy are just too expensive, check flights to another European hub, particularly London or Dublin. They’re often less expensive, and flights from those cities to Italy can be very cheap. Airlines like British Airways and Alitalia, in particular, often have good fares between London and Rome.

Just remember to calculate in all of your extra costs. You might get a free checked bag on your transatlantic flight, for example, but not on that intra-Europe flight. And budget carriers are especially strict; Ryanair, for example, charges up to €40 for the first checked bag in high season. So always read the fine print and do the math.

At the end of the day? Don’t drive yourself crazy trying to save $50

You could spend hours and hours searching for the perfect flight to Italy. But after a certain point, it’s just worth booking the best flight you’ve found—especially because the longer you wait, the more fares go up. Plus, remember that, if you’re flying from abroad, you’ll be tired, jet-lagged, and ready to start your vacation. By the time you arrive in Italy, you might regret having chosen that flight with its 6am departure, or three stops, or long layover.

And once you’ve landed? You won’t remember that you could have gone with a flight that was $75 less. Instead, you’ll be enjoying your trip to Italy!

Check out other posts in our “budget travel” series:

How to get around Italy on a budget, including by train, car, and plane

How to find cheap accommodation in Italy

How not to get ripped off eating in Italy

9 responses to “How to Save on Flights to Italy”