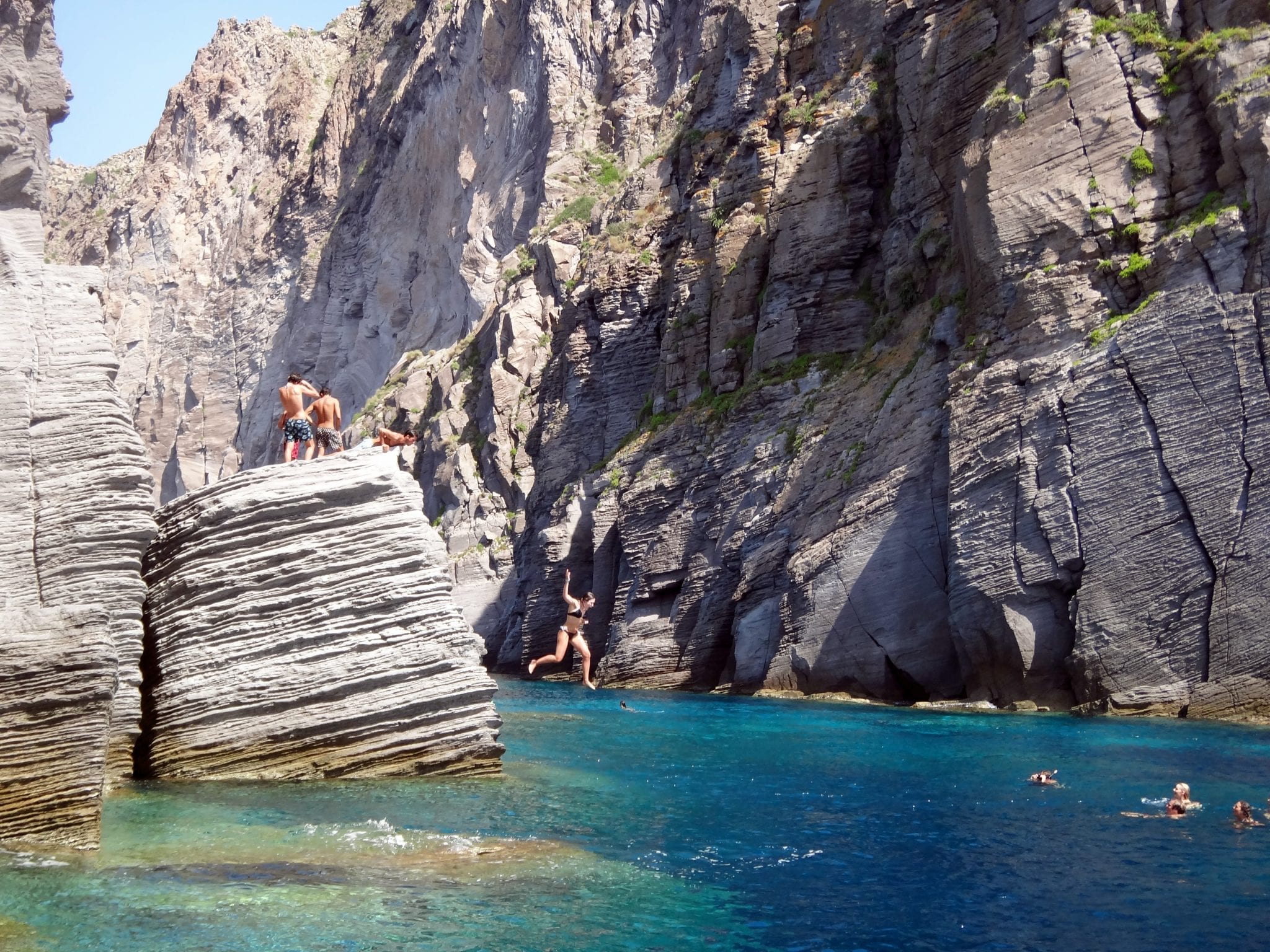 Sicily’s Aeolian Islands: What You Need to Know

Few of Italy’s islands are as beautiful as the Aeolian islands of Sicily, a group on the Mediterranean that includes Panarea, Lipari, and Salina. The water here is crystal-clear, and the islands’ volcanic origins make for some fascinating—and striking—features, from dramatic cliffs to thermal springs.

Want to head there? Here are three things you need to know about what Italians call the Isole Eolie!

Although it’s relatively easy to island-hop the Aeolians, where you stay will have a big effect on your experience.

The largest island, Lipari, is the most popular with summer tourists. Its town—the only sizable one in the Aeolians—has its charms, but it’s also filled with souvenir stands and touristy restaurants. Still, Lipari is the easiest place to find a hotel or apartment on a budget, particularly if you haven’t planned long in advance.

Salina, the second-largest island, is also the greenest and possibly the most beautiful: It boasts a natural preserve and olive and grape vineyards. This is where Il Postino was filmed, yet surprisingly, the island’s fame hasn’t rendered it as much of a tourist destination as Lipari or Panarea.

Panarea, the most exclusive of the islands

Panarea is tiny, exclusive, and expensive, but stunning. It’s also the top island for nightlife—the handful of clubs and bars here are the main hangout for the rich and beautiful.

The other islands aren’t as popular for overnight stays, but better done as day-trips. Vulcano—a tiny island that gave us the word “volcano,” thanks to the presence of several volcanoes—is geologically fascinating, but without much in the way of restaurants or hotels. Stromboli, too, is usually done as a day-trip, worth visiting for its dramatic, active volcano.

Remote Filicudi has a couple of small villages, but not much of an infrastructure for visitors, and Alicudi is simply a mountain rising from the sea, with about 100 full-time residents.

Come for the views, volcanoes, and the water—not the beaches

Spots like this one, not beaches, are the reason to go to the Aeolian islands!

The islands’ dramatic, often sheer coasts mean that they’re stunning and spectacular—but that beaches are relatively few. Even harder to find are sandy beaches, as most here are rocky. And from June to September, any accessible, sand beaches on the islands are toe-to-toe with sunbathers.

The volcanic crater at Stromboli

But the lack of long, sandy beaches hardly means you should skip the Aeolians! From hiking volcanoes to snorkeling offshore to relaxing at a stunning overlook of the sea to dipping in the volcanic, thermal baths to enjoying a natural mud spa, there’s plenty of opportunity for fun in the sun. But the best way to enjoy the sun and crystal-clear water is to…

Make sure you rent a boat

If you’re looking for spots like this one, you have to be on a boat!

The main islands are stunning—but tiny islands, coves and outcroppings are scattered in the Mediterranean around them, and can only be explored by boat. Plus, because of the scarcity of sand beaches on the islands, if you want to spend time in the water, this is one of the best ways.

Instead of planning to just take ferries from one island to the next, therefore, make sure you plan for at least one day to go on a smaller boat. In high season, try to reserve the boat as soon as you get to your base island, as they can get booked out. If you don’t want to rent your own boat and take it around yourself, then at least opt for one of the smaller boats, which will stop more frequently and give you time to jump in the water.

Read more: Alternative things to do in Rome

16 responses to “Sicily’s Aeolian Islands: What You Need to Know”