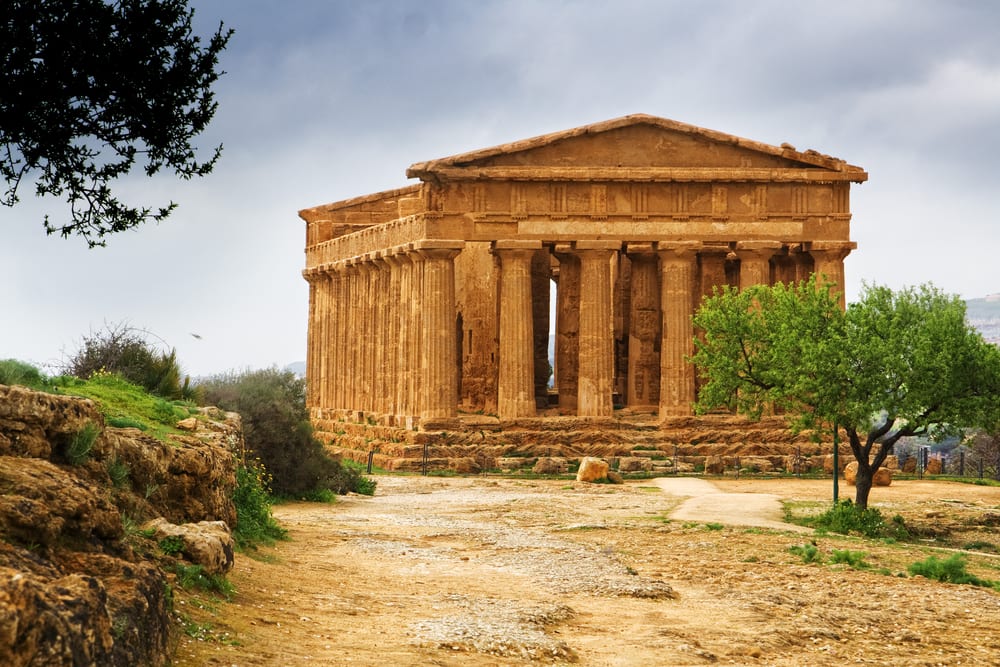 From Greek temples to Roman theaters, Sicily has some of the most fantastic ancient remains in not only all of Italy, but all of Europe.

Here are seven must-see ancient sights in the south of Sicily!

Temple of Concord in Agrigento’s Valley of the Temples

Some of the best-preserved ancient Greek temples in the world—yes, even better than those in Greece itself—dot a ridge near the modern city of Agrigento. They’re the remnants of Akragas, a powerful and storied city founded by the Greeks in the 6th century B.C. 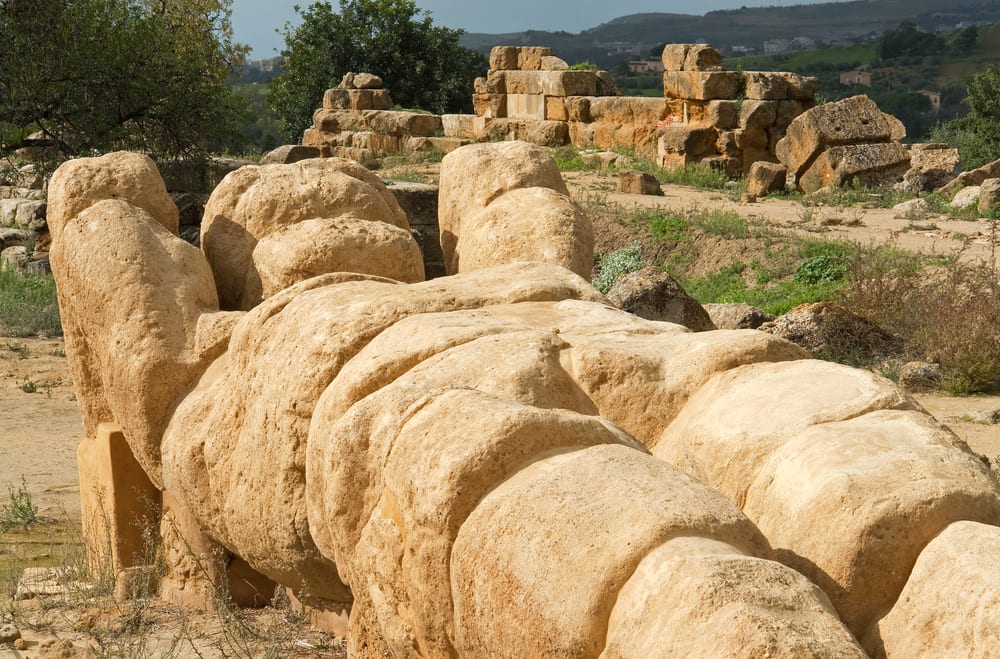 A “Telamon” at the Temple of Zeus

Meanwhile, although the Temple of Olympian Zeus is all but gone today, a particularly evocative part of it does remain: one of its Telamons, giant stone figures that once held up the temple. Today, a copy lies at the site. But you can see the original, as well as many other wonderful gems—from mosaics to statues to pottery—at the Archaeological Museum here. 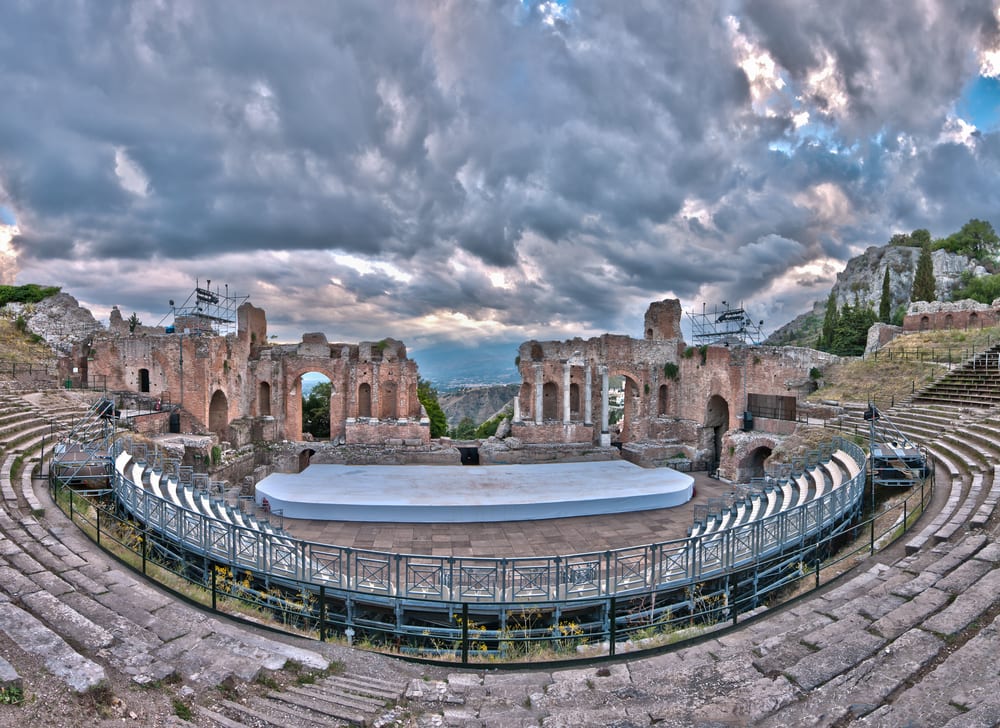 With its spectacular views of both the sea and Mt. Etna, Taormina is the picture-perfect Sicilian town. But it’s renowned for another reason, too: its Greek theater, beautifully positioned to overlook (you guessed it) the sea and the volcano! Built in the 3rd century B.C., it was largely rebuilt by the Romans in the 2nd century—and still looks much like it would have then. After the theater in Syracuse, it’s Sicily’s largest ancient theater. 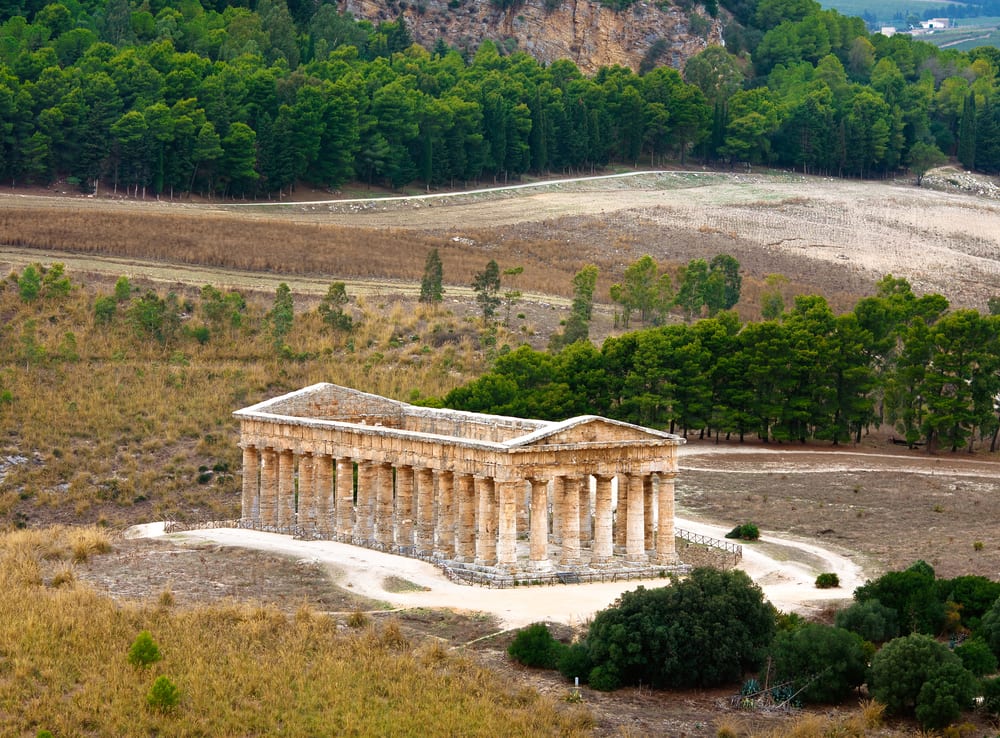 At Segesta, see one of the best-preserved Greek temples in the world

Second only to Agrigento’s Valle dei Templi is the archaeological park of Segesta, located in the western tip of Sicily. Its main temple is one of the world’s best examples of Doric architecture, dating to the 5th century B.C.—it’s even better-preserved than the temples in Greece! If that weren’t spectacular enough, there’s also an ancient theater, from the 4th century B.C., that’s still remarkably well-preserved.

The most famous? The so-called “Bikini Girls” mosaic, more properly known as the “Coronation of the Winner.” The mosaic gets its funny name from the fact that it depicts 10 young women in bikini-like outfits. But it gets its proper name from the fact that they’re all performing in athletic competition: one throws a discus, one bats a ball, another carries what look like weights. Meanwhile, one is crowned the victor. It’s an extremely rare depiction of ancient women participating in athletics—and also simply beautiful! 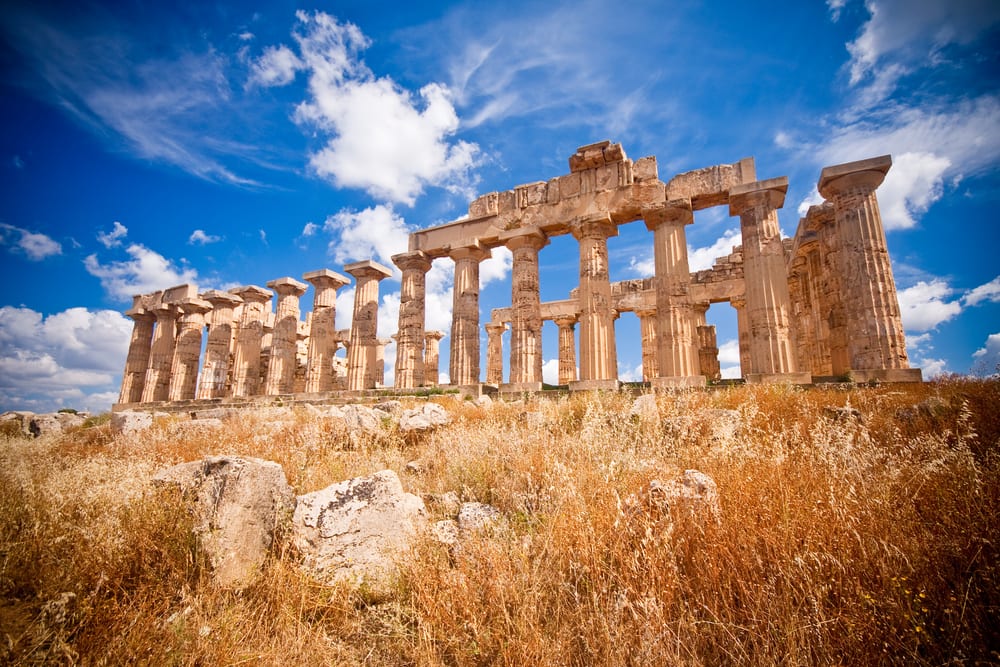 The settlement was founded in the 7th century B.C.; despite being wrecked by the Carthaginians, conquered by Rome, and devastated by an earthquake in the Middle Ages, major pieces of it have—somehow—survived… even though what the buildings were actually used for have not. The largest of its ruins is known to us as “Temple C,” built in the 6th century B.C. While much of the building is gone, 12 monolithic columns remain, showing just how big the temple once would have been. But “Temple E” is what really shows the city’s grandeur—even if its present state is mostly because of (controversial!) modern restoration.

Ruins, and archaeological museum, of Syracuse 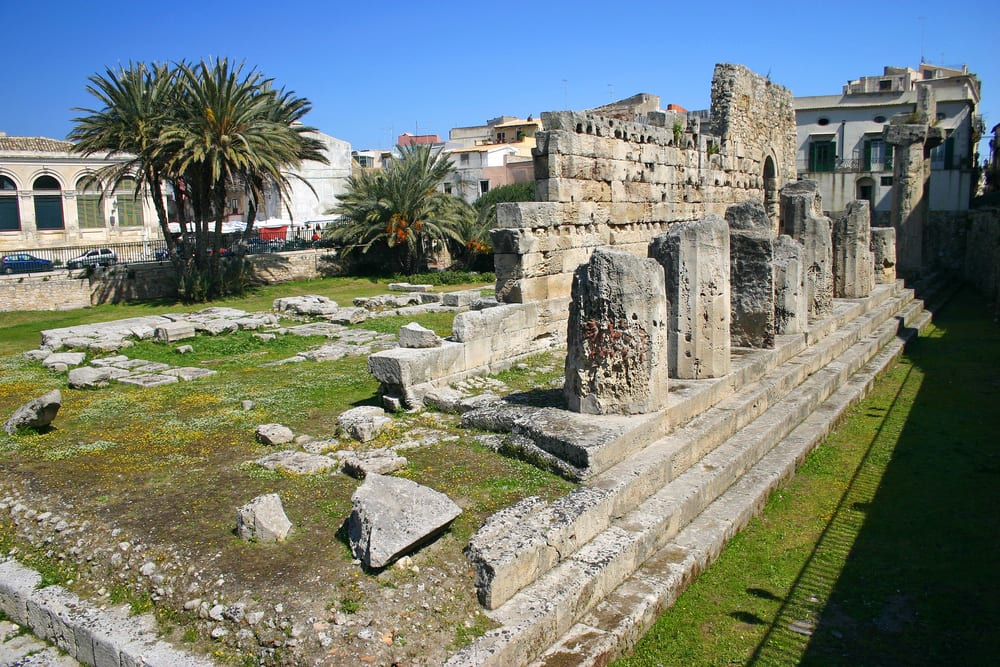 Syracuse, or “Siracusa” in Italian, was one of the most important colonies of the Greek empire. And so, even today, it has some spectacular ancient ruins! Its most famous is the Greek theater, the largest in Sicily, built in the 5th century B.C. While parts of it were dismantled to be used as building material in the 16th century—common practice for the time!—it’s still stunning. Right on Piazza Pancali, meanwhile, rises the imposing ruin of the Temple of Apollo, the oldest peripteral Doric temple in Sicily, dating to the 6th century B.C. Another unmissable sight is the Altar of Hieron II. The biggest altar in all of ancient Greece, measuring 75 by 650 feet, this is where 450 oxen were sacrificed to commemorate the expulsion of the city’s tyrant Thrasybulus! The altar itself is gone today, but its structure remains, giving you an idea of its grandeur. And don’t miss the  archaeological museum, with its treasures including ancient Roman sarcophagi and Greek statues. 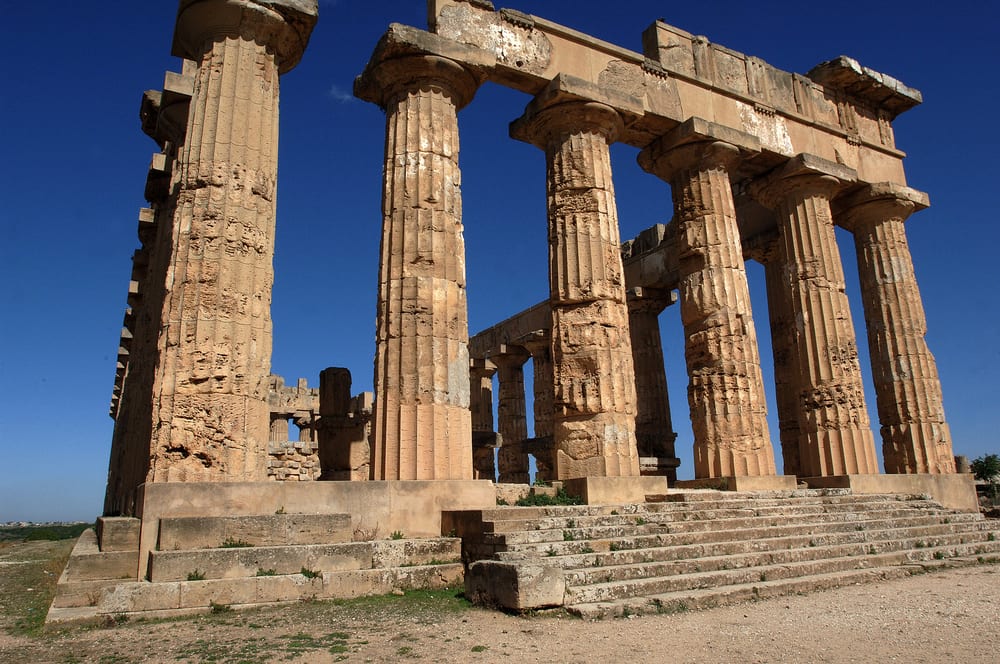 Want to see what these temples once would have looked like? Go to the archaeological museum in Palermo

Many of Sicily’s most major ancient treasures—including booty from the Valle dei Templi, Selinunte, and the other archaeological sites in this post—are now at the archaeological museum in Palermo. What kinds of gems do we mean? Pieces like the “Rosetta Stone of Sicily,” or the “Pietra di Palermo,” a stone slab carved with Egyptian hieroglyphics in 2700 B.C. and brought to Sicily. Or the metopes of Selinunte, elaborate carvings of scenes like Perseus slaying Medusa that once decorated the temples.

Read more: Things to Do in Palermo, Sicily: The Walks of Italy Insider’s Guide