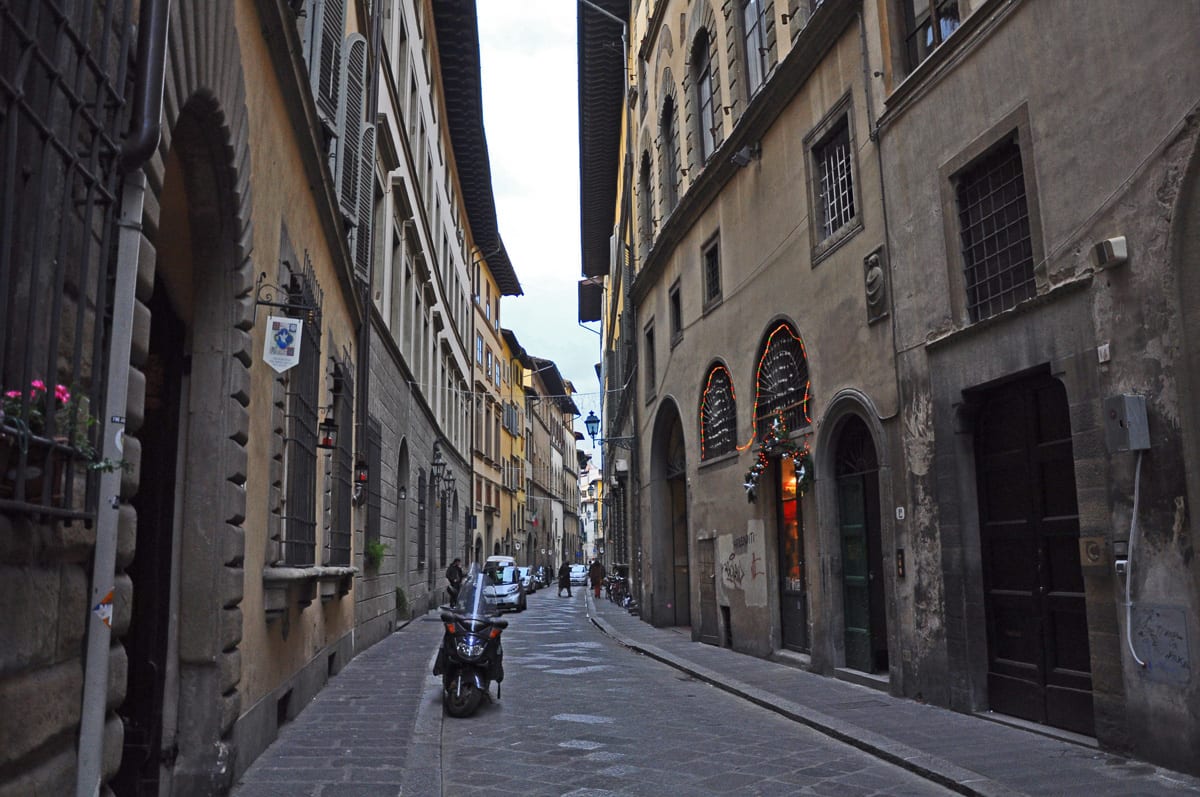 Florence’s Oltrarno: Why Visit the “Other Side” of the Arno

Get off the beaten path in Florence… without even leaving the historic center! Just walking across the River Arno brings you to one of our favorite neighborhoods in Florence: the Oltrarno. (The name means “beyond the Arno.”) Here are six sights you can’t miss in Florence—that all happen to be in the Oltrarno!

Thought that the only two art museums you “had” to see were the Uffizi and Accademia? Think again! If you’re into art, then you can’t miss the Pitti Palace. Located just over the Ponte Vecchio from the heart of Florence, the Renaissance-era palace belonged to Luca Pitti, a Florentine banker; the Medici family bought it in 1549, and it became the ruling family’s main residence.

The palace today is home to the Palatine Gallery, with more than 500 paintings, most from the Renaissance. Many might look familiar from a past art history course or a History Channel documentary on the Renaissance; the collection includes works by Titian, Perugino, Raphael, Correggio, and Rubens. Some of the rooms were frescoed by the famous Baroque artist Pietro da Cortona. The Palazzo Pitti also has several lesser-known collections, including museums devoted to silver, porcelain, modern art, and fashion. 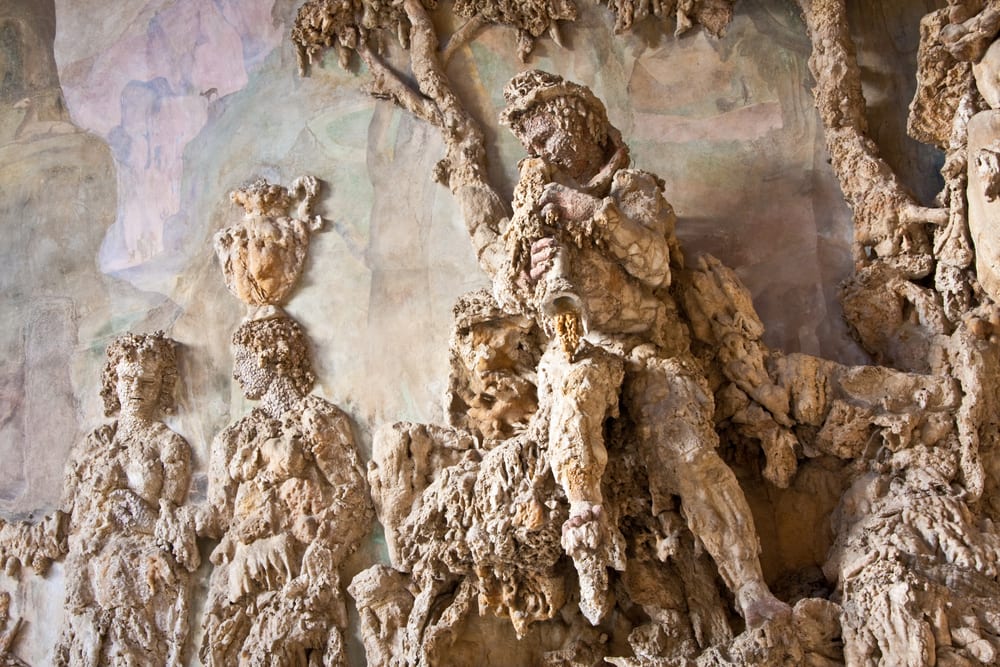 Looking for a bit of green during your Florence stay? At 11 acres, the Boboli Gardens make up one of the biggest public parks in central Florence. Laid out originally in the 16th century, the Boboli Gardens—which are attached to the Palazzo Pitti—are formal gardens, with a twist: They have outdoor sculptures including ancient Roman statues and, most famously, striking Mannerist works, including a grotto that was carved to look as if it was dripping with stalactites and houses copies of important Renaissance and Baroque works.

Okay, maybe it doesn’t count as a “sight,” but we think it’s worth seeing! Florence is known for its artisans—but, sadly, most in the center have been pushed out by souvenir shops and touristy trattorias. (Even those that “look” artisanal often have imported goods: if there isn’t a workbench in the back of the store, always be wary!). Head across the Arno, though, and go back to a time where chain stores weren’t the norm. The whole area around the Piazza di Santo Spirito still thrums with artisanal traditions. Some of our favorites: La Carta di Omero (bookbinding and handmade marbled paper), Filippini e Paoletti (mosaics handcrafted from Murano glass), Mara Broccardi (handmade and bespoke ladies’ shoes), and Ugo Bellini (handmade jewellery). Peek in even if you’re not planning to buy—there’s nothing like watching the artisans at work. 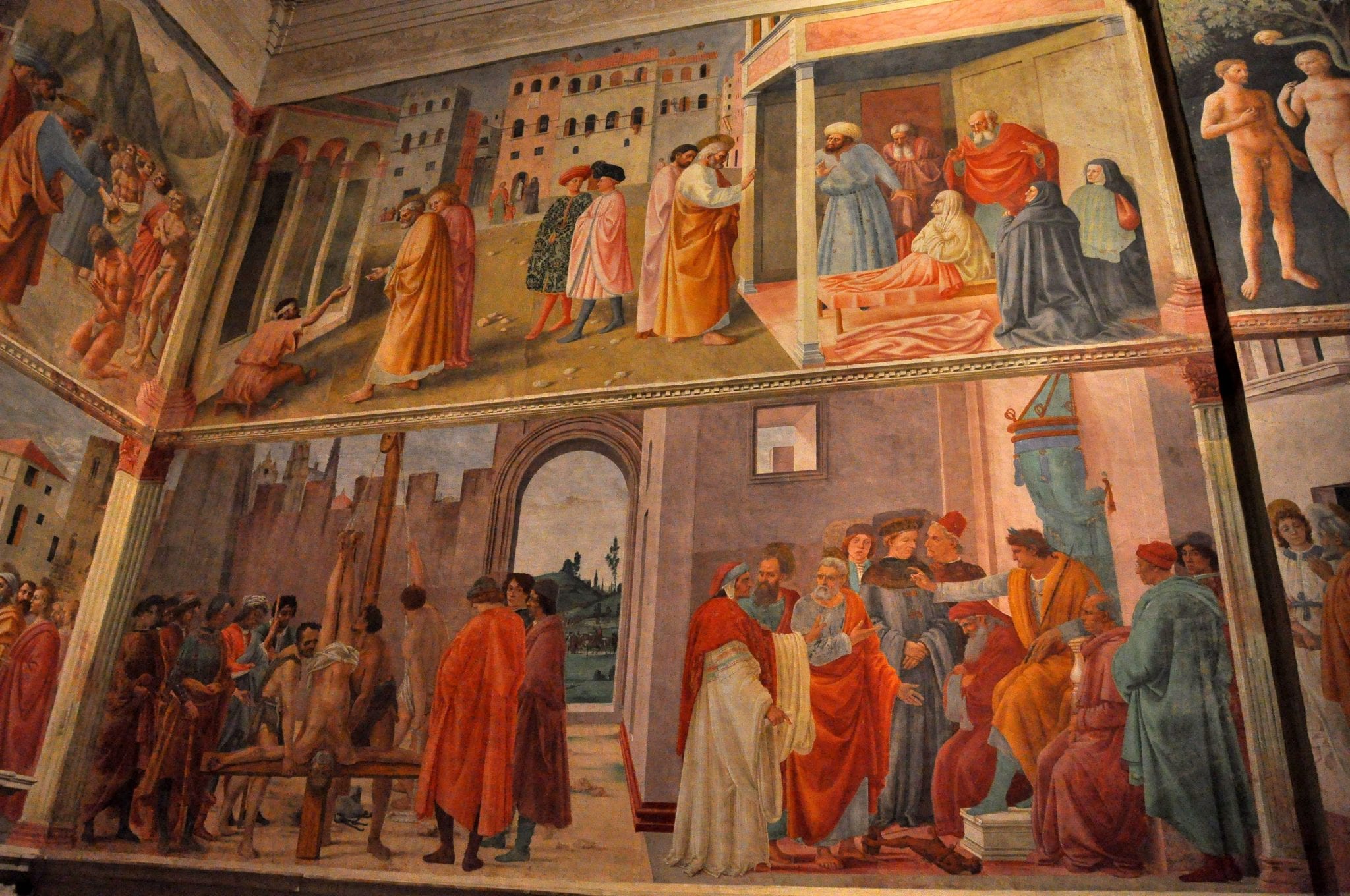 Beautiful frescoes by Masaccio and Lippi in the Brancacci Chapel

Located in the Church of Santa Maria del Carmine, the Brancacci Chapel provides a spectacular chance to actually chart the development of the Renaissance… with your own eyes. That’s because Masaccio, often called the father of the Renaissance, began frescoing the chapel in the 1420s at just 21 years of age. (He’d taken over from his master, Masolino, who left to paint for the king of Hungary). But Masaccio died at 27, and his frescoes were left unfinished… until the 1480s. Filippino Lippi completed the frescoes, 60 years after they’d begun.

The result? The frescoes are a great way to see how Renaissance art developed from its earliest years to the midway point. That’s not to mention that the frescoes are simply stunning: Masaccio’s “Tribute Money” is one of the most famous pieces of the early Renaissance, and his frescoes were so important, Michelangelo trained by copying them.

This church, often simply called “Santo Spirito,” might be unassuming-looking from the outside. But it has a serious pedigree: It was designed by Brunelleschi. Yes, the guy behind the dome. Although his facade for the basilica never was completed, the interior, with its Latin cross and 40 side chapels, is fairly true to his original design. Don’t miss the frescoes by Filippino Lippi in the transept—especially now that you’ve already seen the master’s work at the Brancacci Chapel!

Piazzale Michelangelo and the Church of San Miniato al Monte

For this view of Florence, you have to head across the Arno

Stretch your legs—or grab a bus—for the best view of Florence around. This is where postcard photographers get their shots. You can see it all: the Duomo, the Ponte Vecchio, the Uffizi, even the mountains in the distance. And, even if you don’t think you can take one more church, pay a visit to the Church of San Miniato al Monte. An absolute gem of a church, the basilica dates back to the 11th century and is one of the finest Romanesque churches in all of Italy. And Pinocchio’s creator is buried in the cemetery outside. (If you don’t want to make the 20-minute walk up to Piazzale Michelangelo and San Minato al Monte, you can take buses 12 or 13 from Ponte alle Grazie to the piazza)

3 responses to “Florence’s Oltrarno: Why Visit the “Other Side” of the Arno”