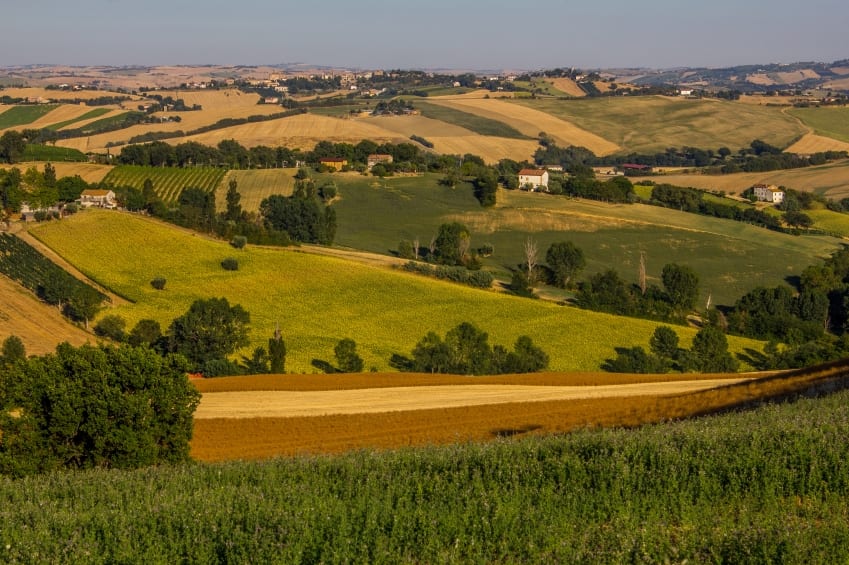 6 Things to Love About Le Marche

Often overlooked by many visitors to Italy, the unspoiled region of Le Marche located between the Adriatic coast and the Apennine Mountains is a hidden gem that has more to offer than you can imagine. Boasting spectacular sceneries and charming towns such as Urbino and Ascoli Piceno, here are 6 things to love about Le Marche.

Rich in history, monuments, and churches, the hilltop towns of Le Marche are off the beaten path and rarely overcrowded. While there are too many to name, here are a few to offer you a glimpse of these charming towns.

One of the most notable is Cingoli. Located on the edge of the provinces of Macerata and Ancona, it is also known as the “Balcony of Le Marche” for its spectacular views. 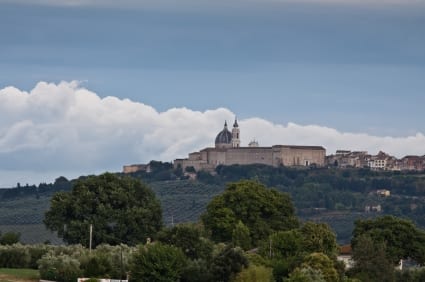 Just an hour’s drive from there, but don’t expect it to be deserted, is the striking town of Loreto, a popular pilgrimage site second only to Lourdes in France. Heading further south you will come across Fermo, a well preserved medieval town perched on top of Sabulo hill and Acquaviva Picena, home to a formidable 13th century fortress that is one of the most beautiful in the region.

Situated along the Adriatic Coast, it should come as no surprise that Le Marche offers some amazing beaches. Over 20 beaches in this region are recognized as blue flag beaches indicating that they have met standards established by the Foundation for Environmental Education including cleanliness and safety.

You will be spoilt for choice as Le Marche boasts sandy as well as pebble-stoned beaches with some located near towns and others that are completely immersed in nature. From the popular beach resort of San Benedetto del Tronto which is perfect for families to the secluded paradise of Mezzavalle, there is a beach for everyone!

Traveling east from the Apennines mountains towards the coast, the spectacular landscape evolves from a mountainous terrain to one that is gentle with wine and olive groves before giving way to seaside towns. For those who love the outdoors, the National Park of the Sibillini Mountains which continues into Umbria boasts incredible views as well as fascinating wildlife. In addition to the different hiking trails in the National Park, activities such as horse riding and mountain biking are also possible.

Also worth visiting is the Conero Natural Park with its rugged coast. Although the hike is challenging, you will be rewarded with stunningly breathtaking views!

While there are plenty of castles dotting the landscape, the most spectacular is the fairy-tale like Gradara castle perched on a hilltop 465 feet high. Built between the 11th and 14th century, it had seen contentions between various families and is known as a symbol for lovers thanks to the poet Dante. In his poem the Divine Comedy, he recounts the tragic love affair which took place at this castle. Another castle worth noting is Rocca Roveresca in the seaside town of Senigallia. In the past, the castle had not only been the town’s stronghold but also headquarters of an important artillery school, prison, hospital and orphanage. Today it hosts exhibitions and cultural events.

Relatively unknown outside of Italy, Le Marche is a thriving wine production region boasting 12 DOC and 2 DOCG wines. The best known of these wines is the Verdicchio dei Castelli di Jesi, an outstanding white wine from the province of Ancona.

Similar to the wines from this region, the cuisine is lesser known than that of its neighboring regions of Tuscany and Emilia Romagna. As a region on the Adriatic coast it is common to find typical seafood dishes and one such dish is brodetto, a classic fish stew with variations in each town.

From the land, you have to try the appetizer olive ascolane which are crispy fried stuffed olives and the classic baked pasta dish vincisgrassi that is similar to the well-known lasagna. This dish uses a pasta sauce recipe that dates back to 1784 found in Il Cuoco Maceratese (The Chef from Macerata) by Antonio Nebbia and obviously through time, adaptations have been made.

Other typical products from Le Marche are the Prosciutto of Carpegna which is a D.O.P protected ham and ciauscolo, a soft salami that is spread on bread like pâté.

There is plenty of shopping to be done in Le Marche and it is the place for bargain hunters! The region has a large number of designer factory outlets such as Prada and Tod’s. If that isn’t enough, here’s a well-kept secret – you will find quality leather goods especially in the area of Macerata and Ascoli Piceno!

Ready to head to Le Marche? Share with us in the comments below what you’ve found most intriguing about this region!

6 responses to “6 Things to Love About Le Marche”