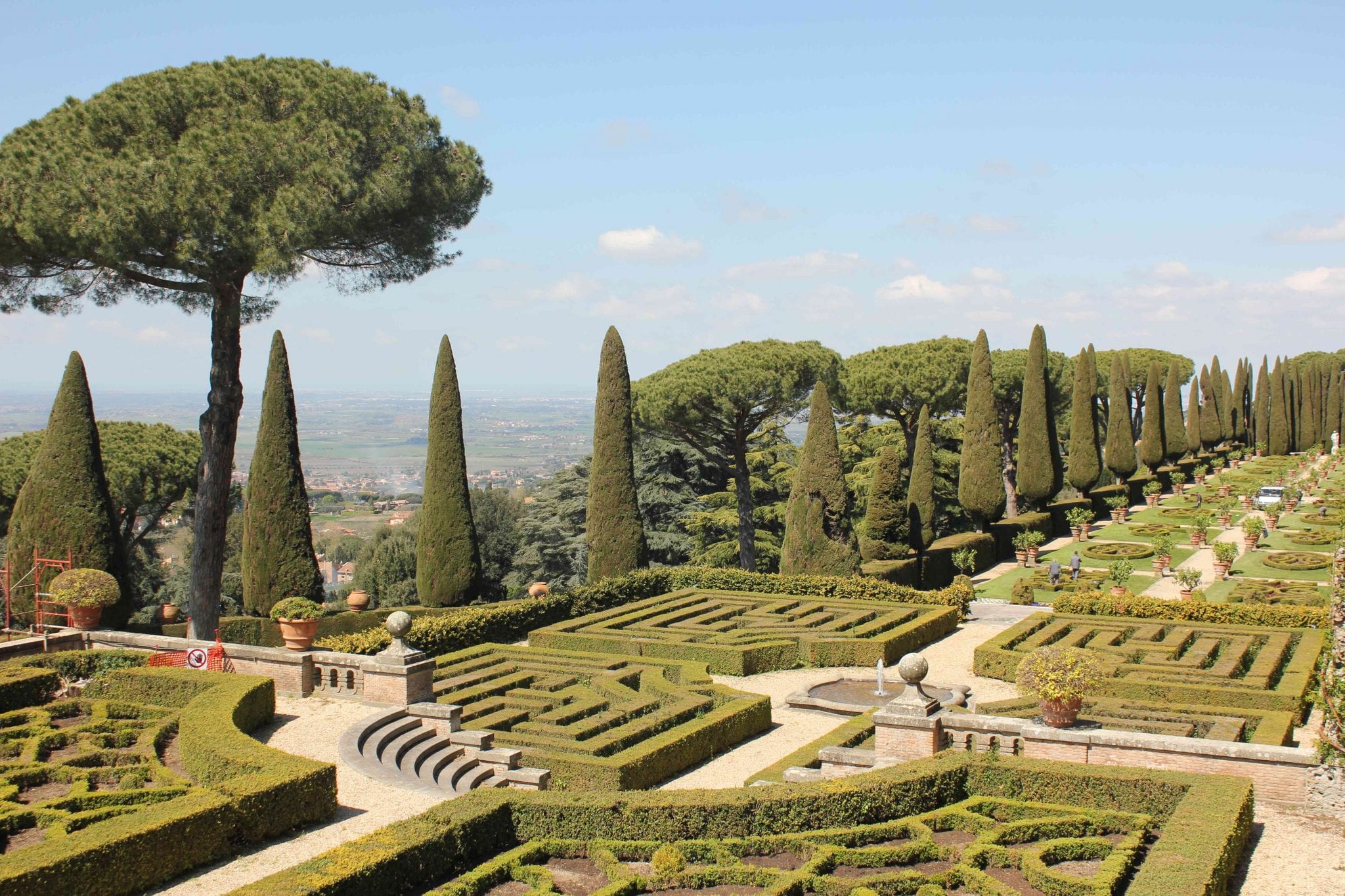 Castel Gandolfo: The Day Trip from Rome You Didn’t Know You Needed

After three trips to Rome in the past five years, I didn’t think there were many new (and noteworthy) experiences to be had. So when I found out I’d be visiting the Pope’s Summer Palace—Castel Gandolfo—I was thrilled to visit this extension to the Vatican.

Admittedly, I did not know the Pope even had a summer palace which may be a plight of my ignorance, but I’d like to think it’s just not a well-known fact. The latter was supported when I arrived in Castel Gandolfo to a sleepy town of local vendors and quiet, cobbled streets; this was not the tranquil scene I associated to any property aligned with the Vatican.

A quick stroll around the 9000-person town confirmed that our Walks tour group of twelve were the only tourists in sight. And when we entered the summer home, it felt like we were the only people in the world; enveloped by 5-square-kilometers of manicured gardens hosting the likes of 200-year-old olive trees and two white donkeys from Sardinia, just two of the many animals donated to the Pope from around the globe.

‘Why would the Pope want to open this up to tours?,’ I thought to myself. My question was answered on the tour: Pope Francis wanted to open the retreat as he didn’t spend enough time at the home to keep it for himself. With the home and grounds now open for tours, ticket sales recycle back to the Vatican management, helping to support the gardens and manage the Vatican’s infrastructure which has been affected by years of overtourism.

The property itself originally belonged to the Barberini family, which is why both the grounds and interiors are nothing short of opulent. Their ties to Pope Urban VIII influenced their relevance in the 17th-century as they became recognized as Italian nobility and is the connection behind the Apostolic Palace eventually being transformed into the Pope’s summer residence.

Aside from the Barberini’s country-side home south of Rome, the family commissioned Bernini to construct their city dwelling, Palazzo Barberini in Rome. In both properties, you can still spot the family crest most recognizable by the bee, so keep an eye out for the various bees carved throughout the property.

Before entering the villa of Castel Gandolfo, we were escorted throughout the levels of the Barberini gardens via golf cart for an intimate, in-depth explanation on the emphasis of the grounds. With 55 staff members solely dedicated to the upkeep of the gardens, it is no wonder the property is straight out of an untouched movie scene.

Part of the unique upkeep of the gardens revolves around original Roman remains, like cobbled streets, steps, columns and statues which transport you back in time. And water is an unmissable motif throughout the property with aqueducts, ponds, and fountains to showcase wealth and also ensure irrigation for the pristine greenery.

Moving into the home itself allows for a more historical, yet comprehendible, peek into the Pope’s daily life. Preserved robes and gowns reveal the change in attire for various Pope duties. Original portraits remind you of the significance of Popes throughout history.

Then there are the gold-gilded ceilings of the halls, a sprawling banquet table for the Pope’s dignitary dining guests, the Pope’s simple bedroom in comparison, and balconies with sweeping views over the gardens, Lake Albano, and on a clear day, the Mediterranean Sea.

There’s also a lookout to the former helicopter pad, where for the first time in history, two Popes met—Pope Benedetto and Pope Francis.

Packed full of history and cultural significance alongside natural beauty, fresh air and an escape from the Roman crowds—plus the summer home is an extension of Vatican City, so I actually got to be in two countries within my day trip—Castel Gandolfo proved that there are still parts of Italy yet to be discovered.