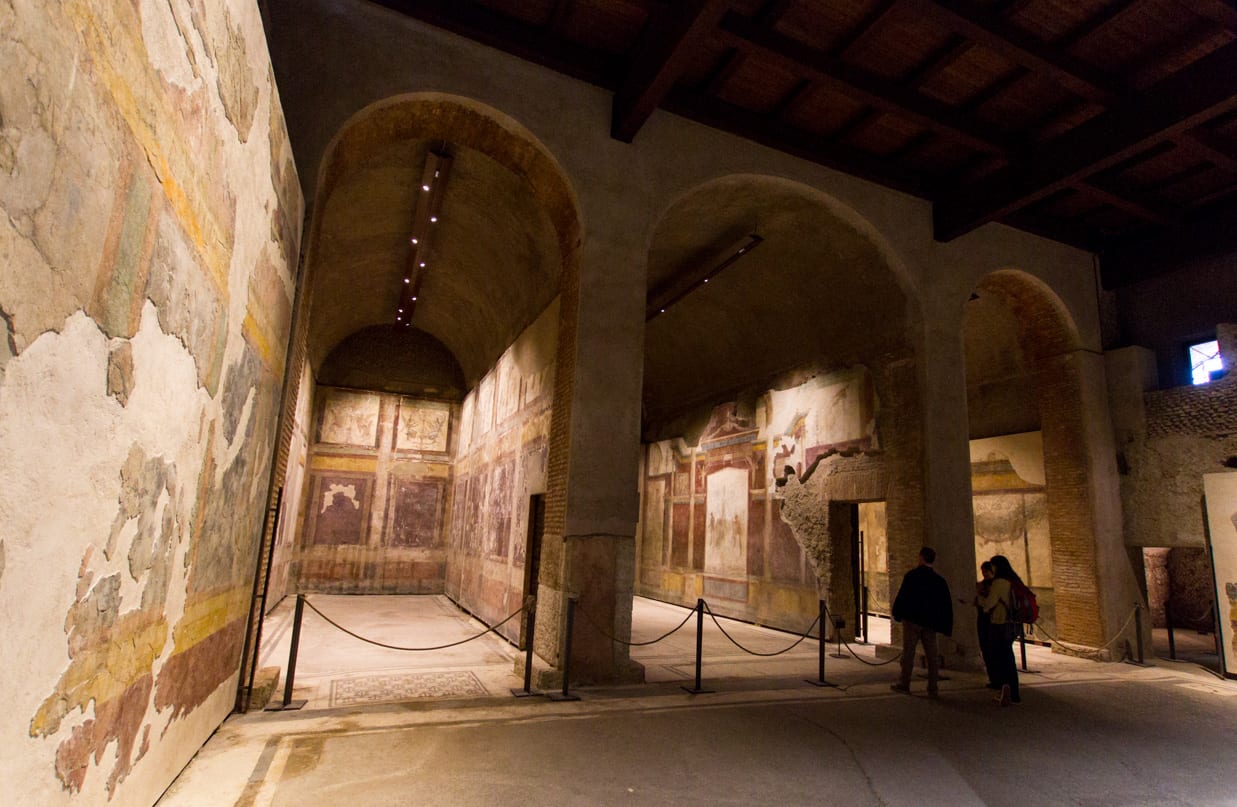 New Opening at ‘Caesar’s Palace’: The House of Augustus

It’s rare that the Walks team gets crazy excited about a new tour. With about 70 services across Italy, we tend to take them in our stride. But recently we launched a tour that has us all in a tizzy. Something we want to scream from the rooftops.

Introducing our new VIP Caesar’s Palace Tour; the first tour ever offered by any tour operator to visit the Casa di Livia and Casa di Augusto: That’s the 1st century B.C. house of Emperor Augustus Octavius Caesar and his wife Livia. If you are in any way interested in history or archaeology; by the politics and scandal of Ancient Rome; or if you’ve ever wanted to be the house guest of an Ancient Roman Emperor, read on. 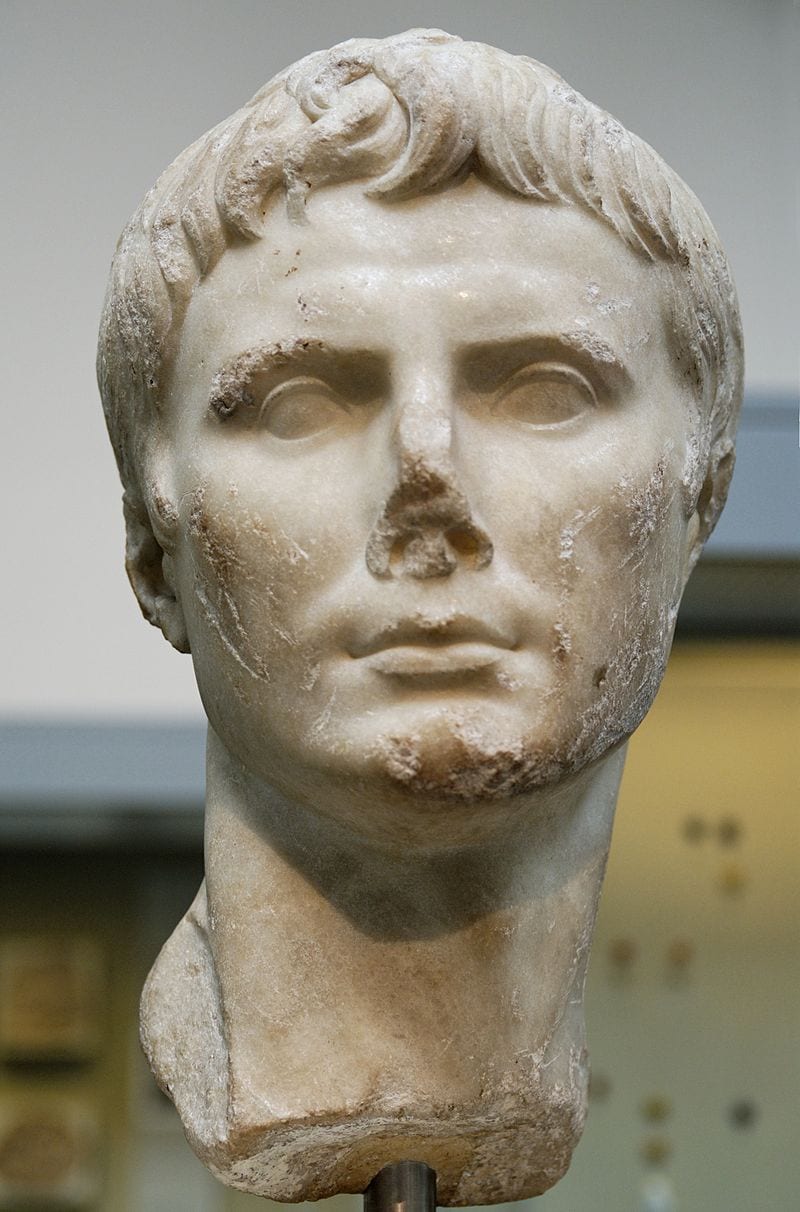 As you may or may not know, Emperor Augustus, born Octavian, was the grand-nephew of Julius Caesar. After his great-uncle’s death he was named heir and went head-to-head with Mark Anthony and his lover Cleopatra to become the next ruler of Rome. Following his victory (and their suspected double suicide), he established the Roman Empire and became the first Emperor of Ancient Rome, creating a constitutional framework, better road networks and an unprecedented period of peace across Rome (what a guy!)

Depending on who you ask, you’ll hear different things about Augustus: He was the father of the country, the head of Rome’s religion, the leader of its army, the winner of victories, the first among equals — or a just shrewd politician. Whatever you hear though, one thing is certain; Augustus was incredibly popular for a dictator. So popular in fact, that when his house burned down in a fire, the people of Rome, rich and poor alike, donated money to rebuild it, unprompted. Augustus declared his gratitude but accepted only one coin from each donation, however great.

Augustus was a pretty big deal – so I’m sure you can imagine, how excited we were when we were first invited to visit his house.

Casa di Augusto: The Modest Home of a Great Man

Rather than building his own palace, as many would do upon becoming the ruler of the world’s greatest empire, Emperor Augustus purchased an existing house on the Palatine Hill. It wasn’t particularly grand — two floors, short arches (meaning a low roof) and no marble in sight. Nor did he use all of this modest space. Word has it that he spent 40 years sleeping in the same room, regardless of the weather and to the detriment of his health.

The symbolism of this was incredibly powerful. Augustus’s modesty and his choice of location (right beside the Hut of Romulus, where Romans came to honour the founder of the city), elevated him in the eyes of his people almost to the point of sainthood — the natural predecessor of Romulus himself.

Much to the joy of visitors today though, he did do a little decorating. The best painters in Rome were hired to paint the walls of the House of Augustus. They painted theatre scenes and masks; porticos and columns. They painted in reds and yellows and blues; in a style that visitors may find reminiscent of those at Pompeii. Only these are better. In fact, they’re some of the best examples of Roman wall paintings that you’ll find anywhere — and they’re still in their original location: In the very spot where Emperor Augustus once looked on them, standing in the same spot where visitors now pause to admire them 2,000 years later.

The ‘Room of the Masks’ in The House of Augustus: The whole room is painted in the theme of a theatre and incredibly well preserved

The House of Augustus is great because visitors can do a full walk-through, seeing the modest size of the rooms and their doorways, getting a feel for how life flowed through rooms, and reception halls in Ancient Rome. But we have to admit; it’s the Casa di Livia, the House of Livia, that really took our breathe away.

Casa di Livia: A Grand Apartment for a Grand Lady

The Casa di Livia, or House of Livia: An incredible space (and we have it to ourselves!)

Frescos at the house of Livia date back to the 1st century BC.

When it came to Livia, Augustus was a little less modest. The arches got taller, the ceilings higher and the floors noticeably more marble-covered. She wasn’t his first wife (or second) but she was the only one he loved deeply and uncompromisingly. After stealing her and her son Tiberius away from her husband, he built her the rooms we visit today; with original marble floor tiles, huge arches and domed ceilings.

Archaeologists have done an incredible job here, helped by the perfect conditions for preservation. As the House of Livia fell to ruin, the paintings fell clean off the walls and were buried safely at a consistently cool temperature. They were discovered like this and in many cases could be picked up and put back on the wall, piece by piece.

The effect is stunning. Entering through a small doorway, visitors descend a few steps and walk into a huge, self-contained area with vast roofs and colourful frescos. It doesn’t feel so much like a restored ruin as it does a real-life palace, as cold and still as if it had air-conditioning. And the best part? Visiting alone!

The Casa di Augusto and the Casa di Livia have been open to the public on and off since 2008. The process used to be that visitors could line up outside (usually for a very long time) and guards would let them in 5 at a time. That changed in recent years and a security gate was erected to keep the general public out. Today, visits to the houses of Augustus and Livia can only take place with a pre-scheduled tour and a guide.

The good news is that guests can spend more time inside now. On our VIP Caesar’s Palace tour we spend an hour inside the two houses, during which time no-one else is allowed into this gated area of the Palatine Hill at all! Just our small group of 15 people or fewer — free to linger at this fresco or that room, with no need at all for headsets to hear your guide.

Although it may not have been on your top 10 list for Rome before, we’d highly recommend prioritising a visit to the Casa di Augusto and Livia; for the beautiful paintings and the most peaceful visit in Ancient Rome. Oh and of course the gossip. Did we mention it’s widely believed that Livia poisoned Augustus so her son could be Emperor? It’s a hell of a story — but one for another day.

The VIP Caesar’s Palace Tour is 3.5 hours long. It includes a full guided tour of the Colosseum, the Roman Forum and the Palatine Hill with skip the line access at all sites.

8 responses to “New Opening at ‘Caesar’s Palace’: The House of Augustus”