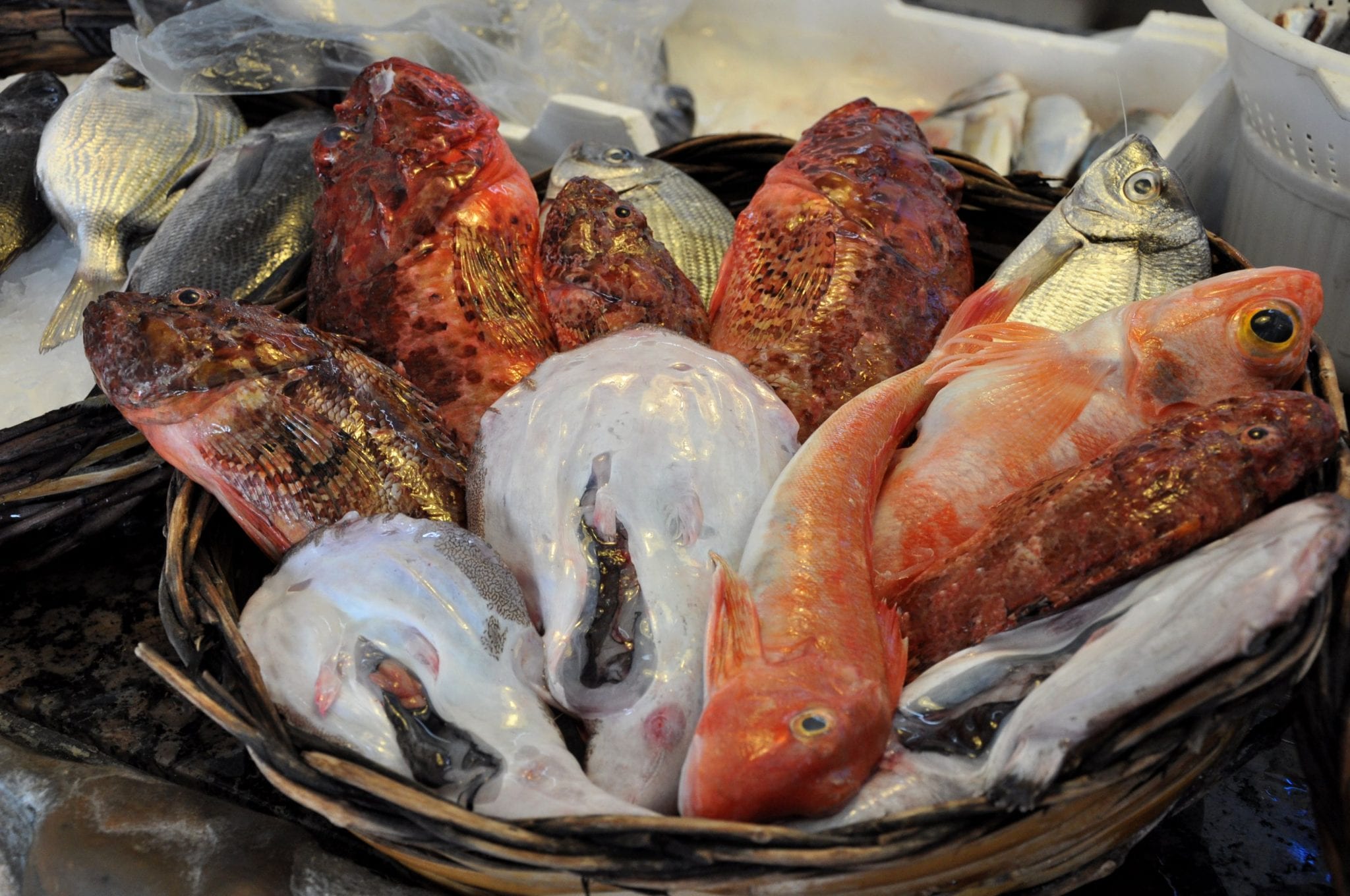 Eating Fish in Italy: What You Need to Know

If you’re planning on coming to Italy’s seaside areas, you’re probably going to be eating some fish. And you should. There’s nothing like enjoying a plate of fresh seafood… overlooking the sparkling Mediterranean water.

The only thing that could be better? Enjoying a plate of fresh seafood, overlooking the water—and knowing that your enjoyment of that fish isn’t hurting the sea you’re looking at. Or that your delicious meal is contributing to the fact that the fish itself won’t be around in a few years.

If you’ve never thought about the problems with eating fish before (after all, the ocean is so big!), now’s the time. The world’s consumption of fish has doubled over the past 30 years. Fishing has become industrialized, with boats using sonar, satellites, even aircraft to zero in on fish, then casting nets miles long. Result: 80 percent of the world’s main fish species are already at risk of disappearing.

Another problem, one particularly prevalent in Italy, is “pirate fishing.” This is illegal fishing, where unlicensed boats work outside the law, evading environmental protocols to get the most fish, fast—including intimidating small-scale fishermen, overfishing, and using banned fishing methods (like bottom trawling, a method where nets are dragged along the ocean floor, catching some fish but crushing and killing others along with the coral marine animals need to survive). 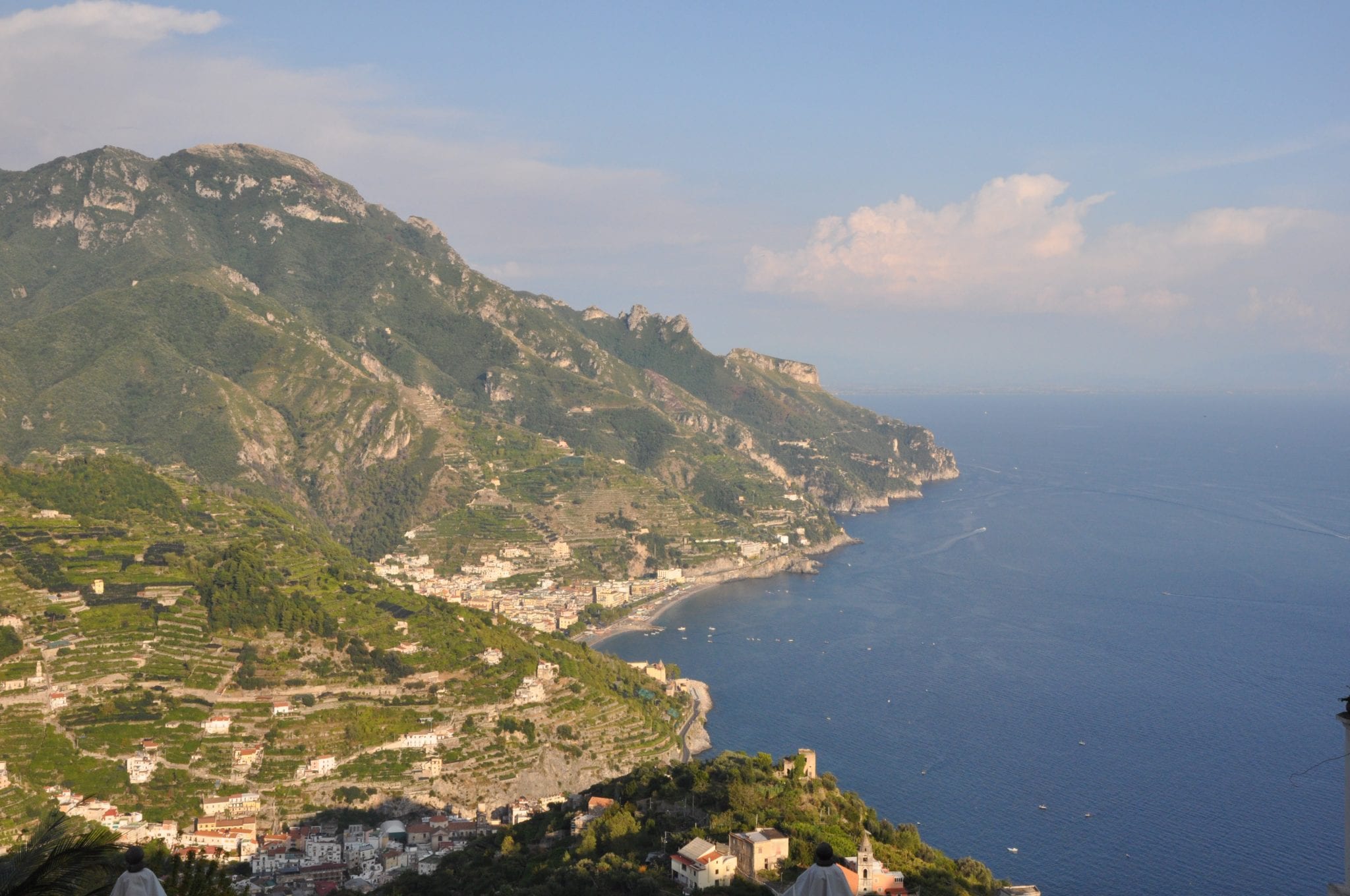 Tourists, along with locals, often unwittingly buy fish from these methods. Since 1988, for example, it’s been a felony to fish so-called “date mussels,” or datteri di mare—not only do these mussels take about 80 years to mature, but fishing them destroys the coastline. Yet they’re still fished, and sold. The area where they’re fished, and served in restaurants, most often? The Sorrentine peninsula… i.e. the Amalfi coast. In fact, the illegal fishing brings 2 million euros a year just to the Sorrentine peninsula.

The issue with all of this isn’t just that fish are disappearing. It’s also that it’s upsetting the entire equilibrium of the ocean. Take jellyfish, the example noted by the excellent “Slow Fish” site (an offshoot of “Slow Food” movement). Noticed how they’ve become a serious annoyance to swimmers and bathers on beaches across the world? (Just check out these images of thousands of jellyfish in the Cinque Terre this year). It’s getting worse, and the reason is because jellyfish predators—bluefin tuna, sea turtles, and others—are disappearing, as are the jellyfish’s competitors for food, like small fish. Result: Jellyfish populations are booming.

Obviously, these are big problems.

But one way to help… is simply to pay attention to what fish you eat in Italy (and everywhere else!).

And yes. That means that there are some fish you simply shouldn’t eat. Because so much research has to be done on just which fish are disappearing the fastest, there’s no one firm list with every variety you should, for now, stay away from.

We’ve put together this handy list to help you dine on the finest, freshest, and most sustainable of the Mediterranean’s fish—along with the Italian translations! Print it off, put it in your wallet, and take it with you to Italy. The fish will thank you!

Mussels (cozze) and clams (vongole) on the Mediterranean 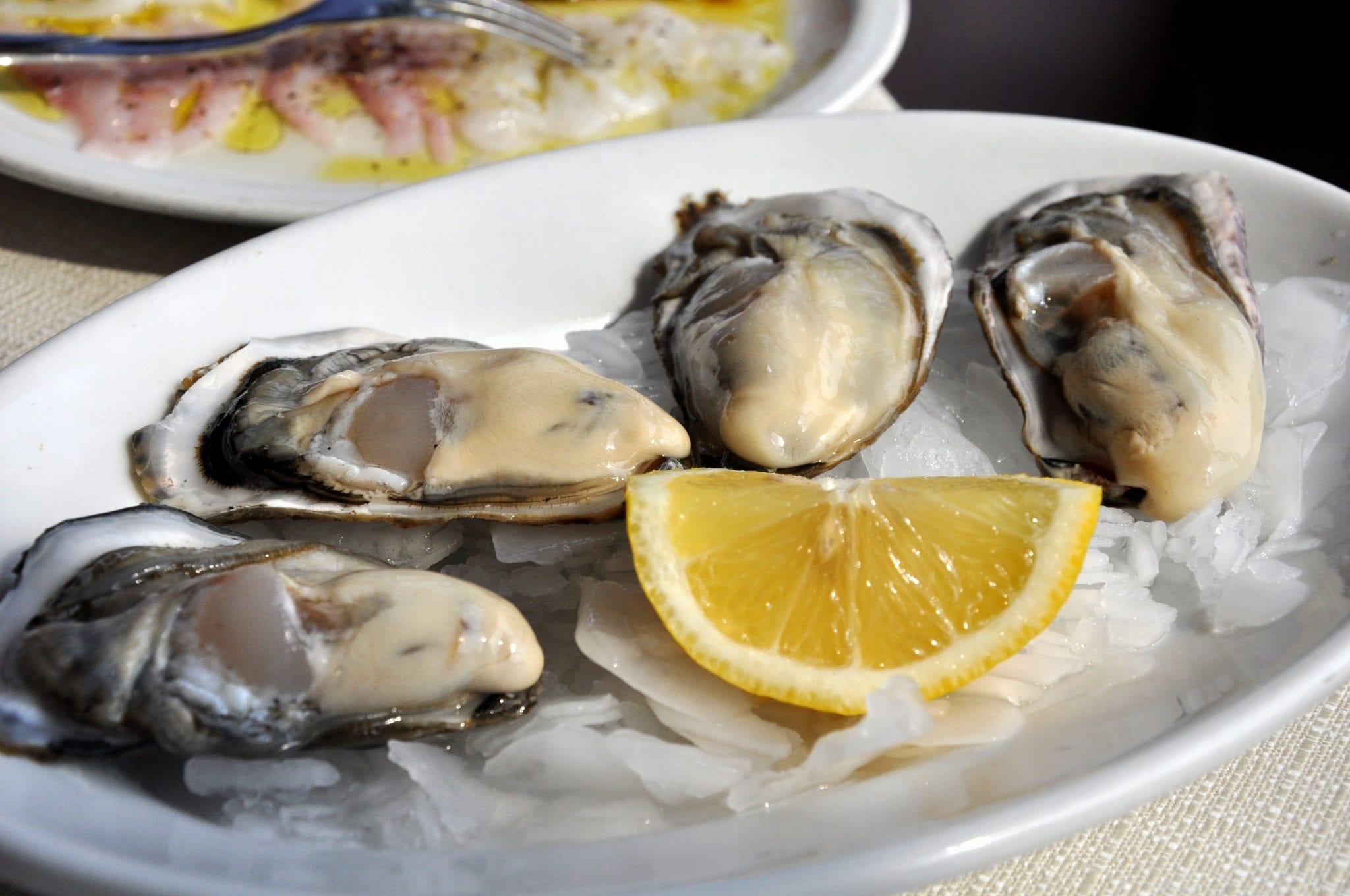 Oysters in Italy—delicious and guilt-free!

It also helps to order fish that are adult, local, and in season. What does “in season” mean? Fish reproduce at certain times of year, so if you eat them according to their season, it’ll give them the chance to reproduce. Here’s a quick guide to what fish to eat, when, in the Mediterrean, courtesy of Slow Fish—with Italian translations to help when you’re looking at a menu! 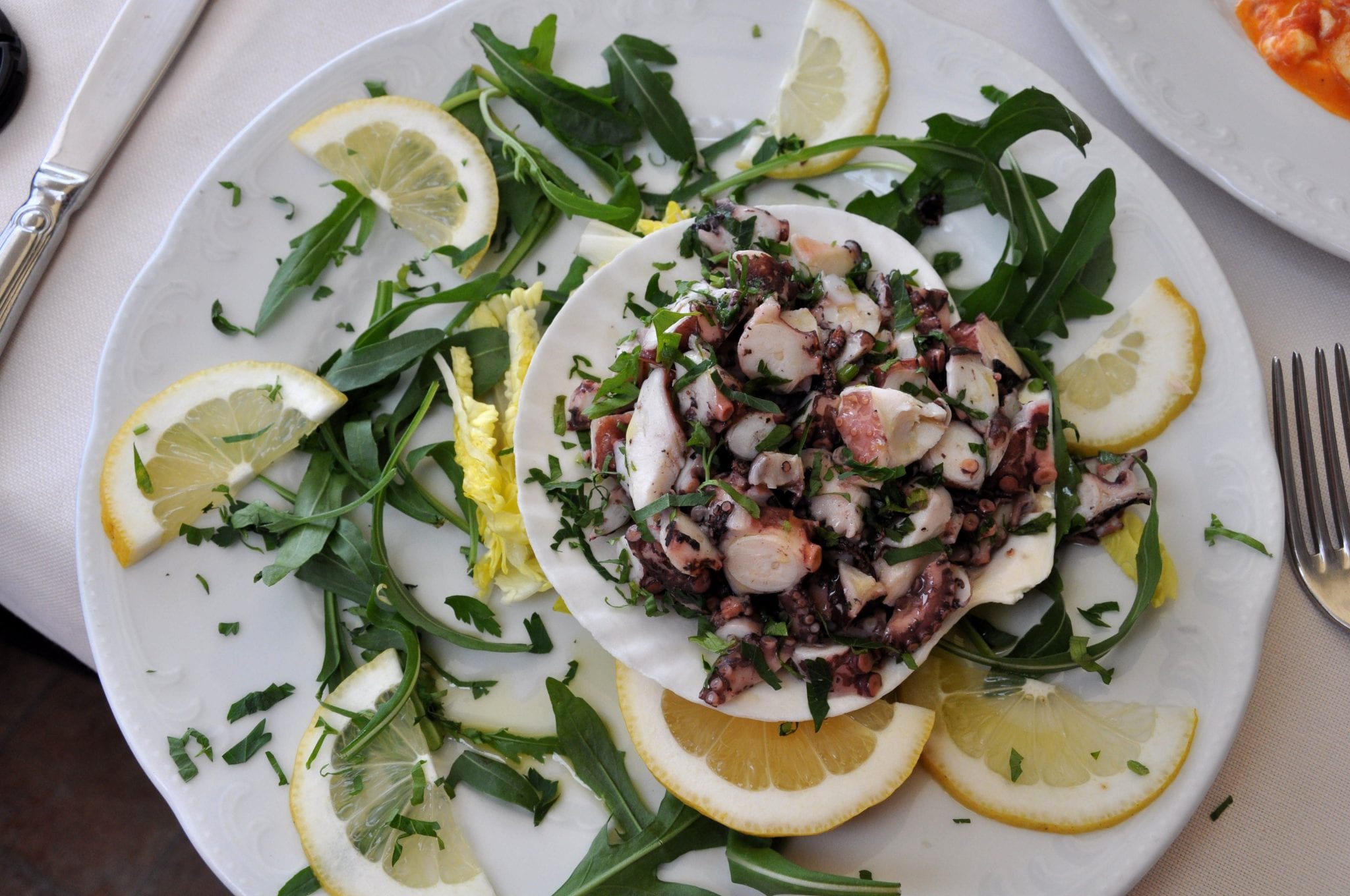 Octopus on the Amalfi coast—a dish for the winter only

Want to know more about the threats facing the world’s fish, and how you can help? This is a fantastic list of all the best guides out there to which fish to eat in the U.S., Canada, Europe, Australia, and more. In the U.S., the Monterey Bay Aquarium Seafood Watch website has this great pocket guide to sustainable seafood for your region. And both the websites Good Fish Bad Fish and Slow Fish give great overviews of the issue, and what you can do to help.

Preserving “The Genius of a Place” in Tuscany’s Cortona

Cinque Terre After the Floods: Is it Open to Visitors?

When Is the Best Time to Come to Italy… For My Tastebuds? 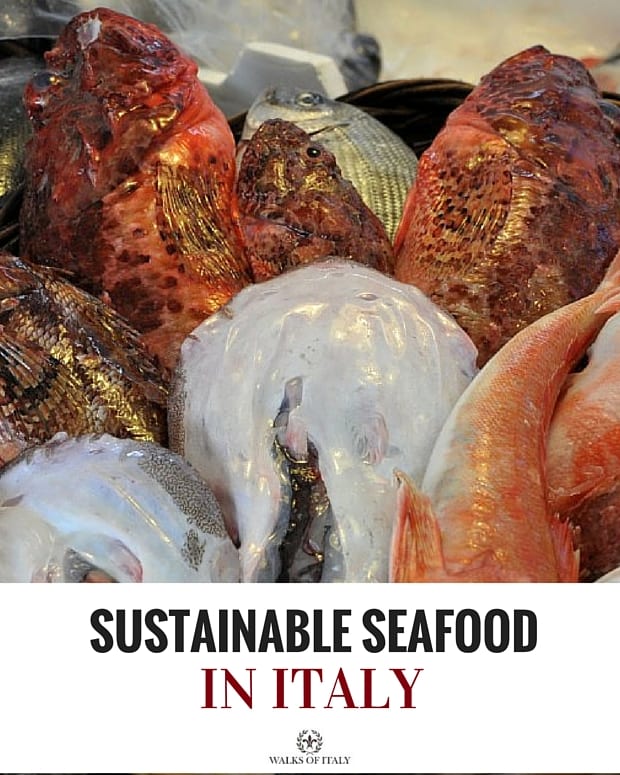 6 responses to “Eating Fish in Italy: What You Need to Know”