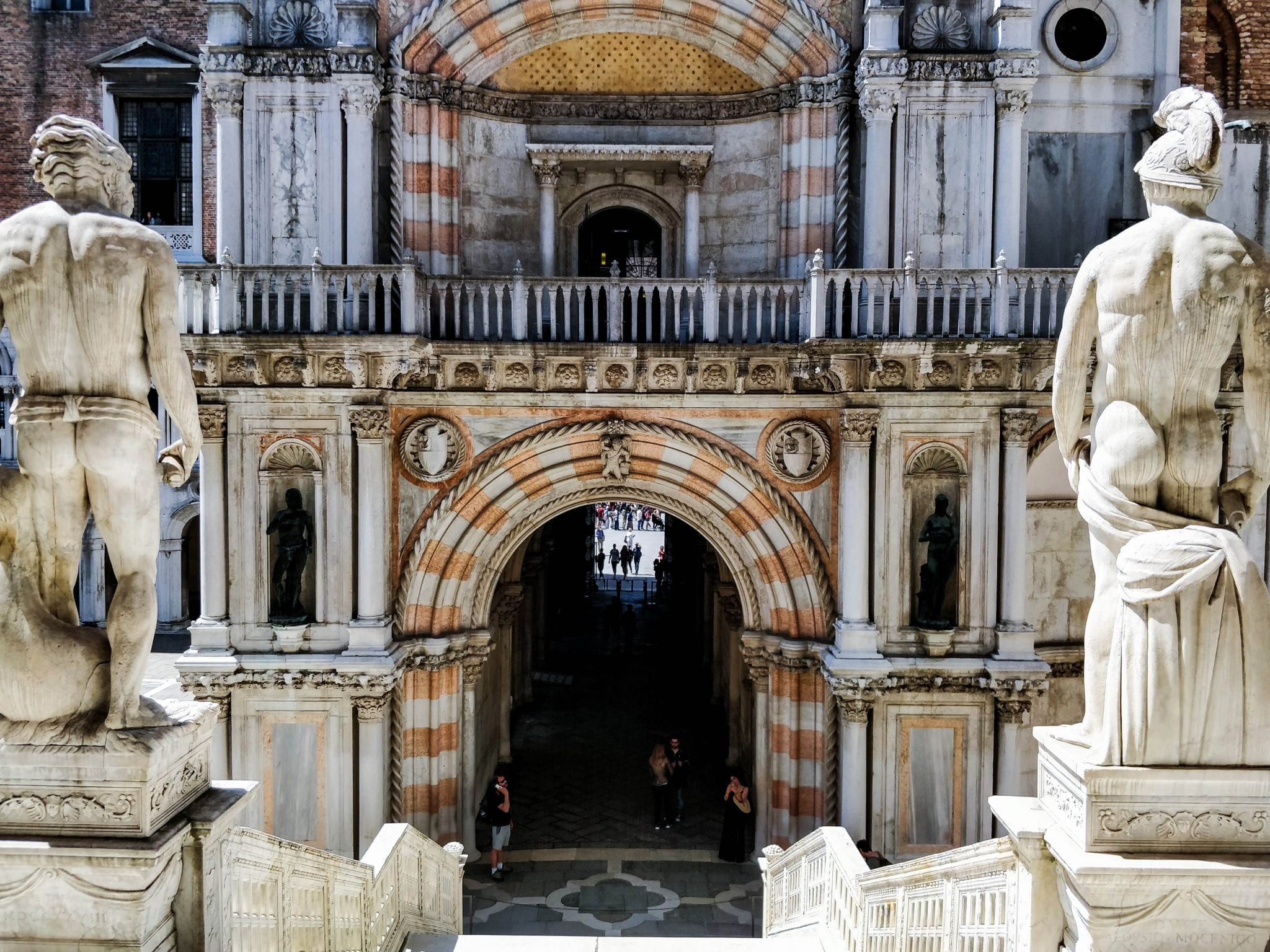 Cloaks and Daggers: The Venetian Doge Written out of History

Erased from official records, and ‘condemned from memory’ Marino Faliero was the first and only Doge of Venice to have his portrait erased from the Great Hall of the Doge’s Palace. But what did he do to earn such infamy?

Venice was at the height of its power during the 14th century. On the cusp of the Renaissance, wander the city during this time and you would have been treated to grandeur on a large scale. Magnificent paintings, architectural masterpieces and let’s not forget, the start of the Venetian Carnival. But lurking beneath this ornate mask of lavish costumes and sumptuous parties was an intricate tapestry of greed, power and fragile egos that wove the state together.

Venice, or The Republic of Venice as it was known then, had a varied ruling system. The Great Council, made up of Venice’s noble families, elected the Doge who was the head of the republic. Additionally, the Great Council elected the Council of Ten, a secret group of, you guessed it, ten members who were designated to investigate and prevent plots against the state. Most Doges had a tendency to think they outranked the Council of Ten, but they often underestimated the amount of sway the ten held in the Senate. One Doge found this out the hard way…

Coming from a family of former Doges, military and naval commander Marino Faliero was well placed to take up the position when he was elected in 1354. Despite serving as the governor of provincial towns, Faliero was notorious for his ability to take offence at minor irritations. On one occasion, he even publicly slapped a bishop who was late to an official ceremony – in front of everyone.

A real prima donna of the Venetian court, nothing changed when he was elected Doge in 1355. Legend has it that Faliero arrived in Venice in a billow of fog, so thick that he could not land at the usual spot where Doges were received. Instead, he had to make a detour and enter through the Piazzetta where executions were usually held – a portentous omen of Faliero’s future in the post.

During 1355, Faliero held a ball at the Doge’s Palace – a lavish affair with many Venetian nobles present. During the party, Michele Steno – a youth from a patrician family – made an off-hand joke to the effect that Marino Faliero’s (much younger wife) had been unfaithful with other members of the court. Grossly offended, Faliero had the youth chased out of the room. However, the story goes that Steno snook back in afterwards to carve a message into the Doge’s throne. He wrote; “Marin Faliera dalla bella moglie: Altri la gode, ed egli la mantiene!” – “Marino Faliero with the beautiful wife, other men enjoy her while he maintains her”. The Doge was outraged and called for Steno to face severe punishment. However, since Faliero had his powers restricted not a year into his rule (did we mention he had a quick temper?) he had to wait for a decision from the Council. Upon review of the case, Steno was effectively served a slap on the wrist. Needless to say, Faliero was not happy.

Want to get a taste of the drama? Take our Secret Itineraries tour of the Doge’s Palace to see history come to life

Incensed and humiliated, the Doge wasn’t exactly in the right frame of mind to make sound decisions. He decided to attempt a coup… of the entire Venetian State. He and his followers hatched a plan to take control: They would spread a rumour that the Genoese war fleet was launching an attack on the city of Venice. Panic would spread and in the tumult, an army of trusted co-conspirators would proclaim Faliero the Prince of Venice, killing as many young Venetian nobles as possible. Undoubtedly, the Doge had other motivations besides revenge but many suspect that Steno’s insult spurred the attack.

However, before his plan could be put into effect, Faliero was betrayed by one of his own and the plot was leaked to the Council of Ten. Determined to put a stop to the coup on April 17th 1355, all those suspected of involvement were executed on the spot. Ten people were hung from the windows of the Doge’s palace, while the main instigator, Marino Faliero, was brought to the top of the staircase in the Palace – the same spot he had not long ago been crowned Doge. Here he admitted his guilt and was beheaded.

The Doge’s body was shown to the public as a statement – both of the Council’s ability to keep its citizens safe and as a warning of what would happen to those who didn’t obey the Senate.

Gone, but not forgotten

Subsequently, the Doge was condemned to Damnatio memoriae – condemnation of memory. This meant he would be erased from all official documentation and the Doge’s portrait would be painted over with a black cloth in the Hall of the Great Council in the Doge’s Palace. The official statement written by the Council regarding Faliero in their documents was merely ‘non scribatur’- ‘let it not be written’.

Nevertheless, aside from greed, power and revenge, this story has another common theme running throughout: All of their grand plots failed. Faliero didn’t succeed in his attempt at grabbing power and the Council didn’t succeed in erasing him from history. External, unofficial documents recorded the events and ironically, the exact measures designed to erase the Doge’s existence sparked curiosity about his story. Romantic poet Lord Byron for one was inspired to pen a play based on Faliero’s story when he visited the Doge’s Palace in 1821 and discovered the portrait. Similarly, during the 19th century artists began depicting the events in a number of paintings, including The Execution of Marino Faliero in 1827 by Eugène Delacroix.