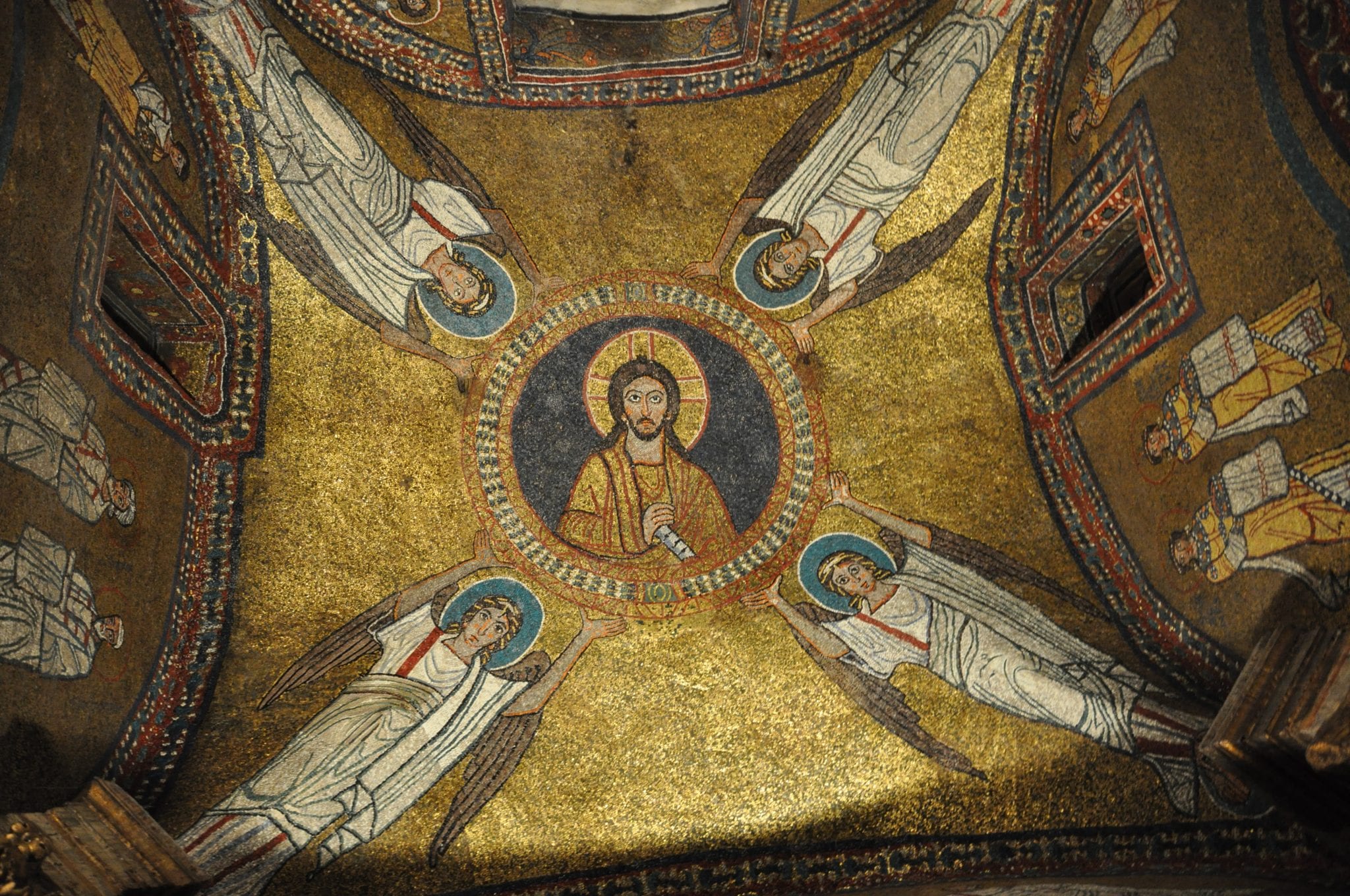 In Photos: 6 Places to See the Best Byzantine Mosaics in Italy The mosaics of St. Mark’s Basilica in Venice are stunning… but they aren’t the only amazing mosaics in Italy!

Some of the best Byzantine mosaics in the world are in… Italy! It’s true: Although the Byzantine Empire, which dated from the 4th to 15th centuries A.D., was based in modern-day Istanbul, it also stretched into Italy—even taking over the entire Italian boot in the reconquest of the 6th century.

Result? You don’t have to go to Turkey to see some of the best Byzantine art in the world, including their magnificent mosaics. You can see them right here in Italy. Here, in photos, are six of our favorite places to see Byzantine mosaics in Italy! (Curious about what the mosaics mean? Don’t miss our post on how to decode the mosaics’ many symbols!).

(By the way: Art historians usually say that, in Italy, Byzantine mosaics were done after Emperor Justinian I tried to reunite the Byzantine empire’s two halves during his reign from 527-565. Before that, mosaics still were in the ancient Roman, classical style. So it wasn’t until the 6th century that the Byzantine style really was codified. It was characterized by a severe, ethereal style that was much different from the naturalism of ancient Roman art. Those are the mosaics we’ve included in this post!). Some of the best Byzantine mosaics in Italy are at St. Mark’s Basilica in Venice

Wow—not only is St. Mark’s Basilica gorgeous, but it has 8,000 square meters of mosaic! The ceiling mosaics inside, like this one, mostly date to the 12th century, and show scenes from the New Testament.  Their severe, formal style makes them thoroughly Byzantine.

Santa Cecilia in Trastevere in Rome

Stunning mosaics in the Church of Santa Cecilia in Trastevere

The Basilica of Santa Cecilia in Trastevere is famous for its underground ruins, its touching sculpture by Carlo Maderno, its medieval frescoes… and for these mosaics. The 9th-century Byzantine mosaics you see in the apse show the Second Coming, with Christ in the middle.

Basilica of Santa Prassede in Rome

The glittering Byzantine mosaics of the Chapel of San Zeno in the Basilica of Santa Prassede, Rome

Right around the corner from Santa Maria Maggiore (St. Mary Major), Santa Prassede dates to the 9th century and still has its original—and Byzantine—mosaics. Although the apse mosaics are beautiful, the side chapel of St. Zeno may be even more breathtaking. The only chapel in Rome entirely covered in mosaic, it was built to house the relics of Zeno, a 4th-century bishop of Verona. The original (!) mosaics in this 6th-century church are considered some of the greatest achievements in Byzantine art. The glittering gold scenes cover the walls and ceiling of the choir, and the style is right at the cusp between late antique Roman and Byzantine.

Basilica of Monreale in Sicily The glittering Basilica of Monreale in Palermo, Sicily

There are so many mosaics in this church, one scholar estimated that they took more than 100 million tessarae (the little pieces that go together to make a mosaic)! They show Christ in the vault, plus two different images of William II, the Norman king. Their formalism and severity is truly Byzantine. 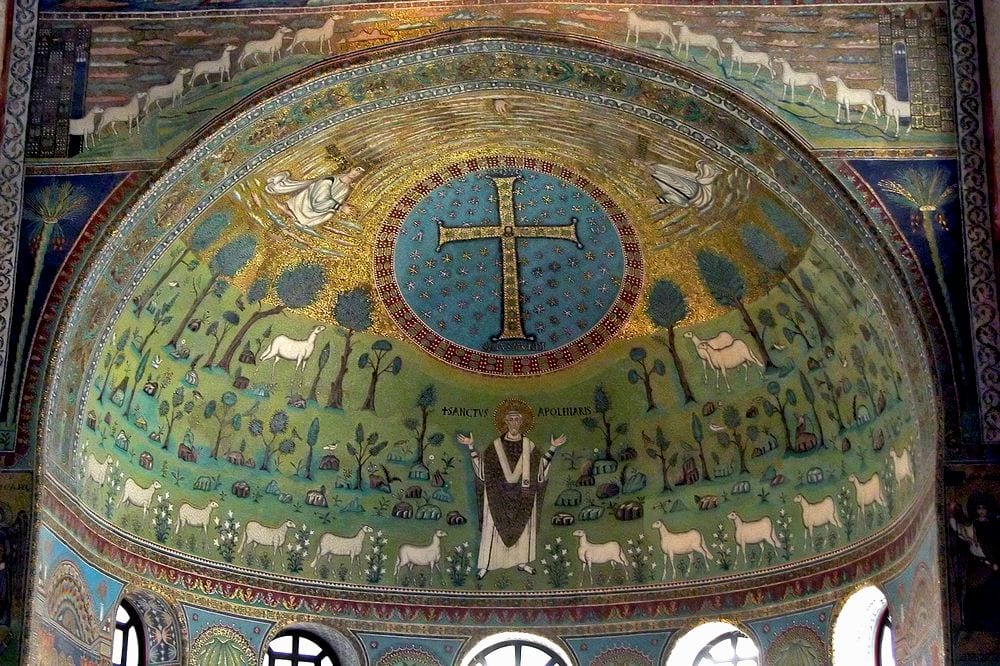 3 responses to “In Photos: 6 Places to See the Best Byzantine Mosaics in Italy”